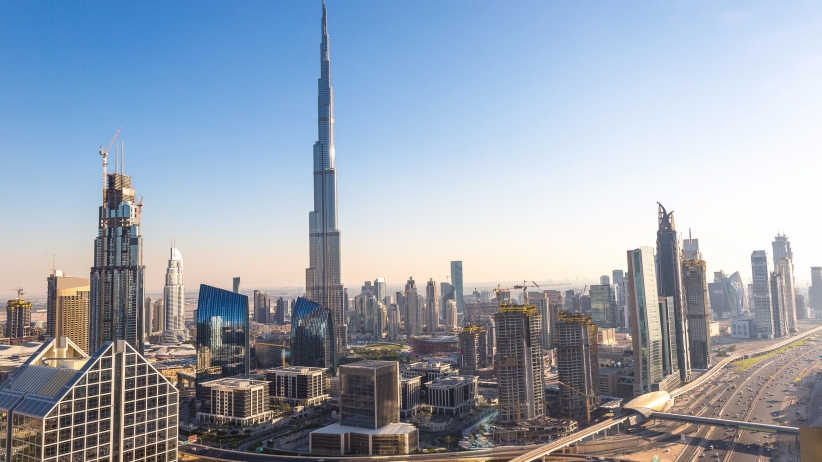 Enabling The Arab World To Become The World's Next Startup Hub

SOURCE: The Entrepreneur ME - Enabling The Arab World To Become The World's Next Startup Hub

In this part of the world, one rule seems to be constantly observed: even though setting up startups is a local process (obviously with the objective of rapid economic success), the startup founder’s ambition, from the very beginning, is international.

And it is this alliance between local and global that suggests the Arab world is on its way to becoming a new international hub. A place to invest. And, at the same time, a region where we must seek inspiration. A region that pushes to act and inspires us to respond to the urgent needs of local populations.

But why should we believe in the Arab startups model?

At Thinkers & Doers, we organize an international cycle of conferences, designed as caravanserais. We meet with startup founders from Tunis to Casablanca, from Beirut to Bahrain, from Riyadh to Dubai, from Cairo to Sharjah. We organize full-day working sessions: meetings for startup founders, where new leaders debate, work together and learn from each other's experiences. These days are called Follow the Leaders, and they have two goals: the first is, unsurprisingly, focused on promoting the innovative and creative initiatives of regional entrepreneurs. The second is looking for nuances; unique characteristics of these new forms of leadership. Why is there such a regional boom? How do entrepreneurs succeed in organizing and uniting, despite complicated regulatory and social contexts that decrease the chances, at least on paper, of success? And more importantly, why are more and more entrepreneurs from all over the world coming to the region to get inspiration and work with local startups, all while importing their own startups? What are the traits of these new-age startup founders that are attracting attention (and investment) from all over the world?

The cycle of conferences is not over, and yet, great trends are emerging. If we stick to the entrepreneurial mindsets in the region (without entering the regulatory and legal frames), we have already discovered some of their secrets.

First, think big and experiment locally. Like all those who have a business idea, the goal obviously is to break the rules for how business is done. To revolutionize a market. Worldwide. And yet many entrepreneurs fail while dealing with this principle of grandeur. Before entering the global market, raising capital to gain access to new markets around the world, local entrepreneurs often believe that the best way to experiment is at a city level. Try. Adjust. Fail. Restart. And then spread. Wider. At Follow The Leaders in Tunis, one of the co-founders of Smart Home startup Chifco explained that thanks to his neighbors, friends, friends of his friends and other residents of Carthage, he could, without fear of losing his credibility, test his services. “There is a “local boy” narrative: if I succeed locally, then nationally, then internationally, I become a model for others here. I was very much pushed, very much assisted, very much encouraged locally. Before leaving to conquer the world, one must conquer his entourage. Only loved ones will tell you what is going on and what is wrong."

Second, connect then lead. Strength in numbers: this is the second secret. Startup founders seem to have understood it better than others. Thanks to the exchange of good practices, professional networking contacts and data connection, the power of the community is real. The quality of mentoring, networking clubs and collective learning systems in the Arab region is among the highest anywhere in the world, as Sana Saeed noted at the last Arab Harvard Weekend. You first need to create your networks. To build your community. To know who will be your closest allies. Your future buyers. Consumers. Once these tribes, real and virtual, are established, it is then a matter of making them share your success. Your success. And it is there that we find again a local specificity. We connect. We listen. We partner up. We share. Then we set in motion and drive our peers. The others. Nothing is done alone. That is what Arab youth have understood. And this applies to business, too. Patrick Chalhoub effectively sums this up as a state of mind when he talked about the Endeavor program, for which he is one of the mentors of in the UAE. ''Business leadership is an essential pillar for the creation of new opportunities, and we will work diligently through Endeavor to help small and medium sized companies expand internationally and meet global standards.”

Third, act for a greater good. There is a certain urgency behind all this. That of creating a job. One’s job. Jobs for our peers. But that’s not all. Acting for the common good. Seeking to build a profitable business. Following the social impact blueprint. For more than 55% of startup founders in the region, according to a study cited by Philanthropy Age last November, it would seem that "social impact" is among the first three reasons why entrepreneurs in the region set up their startups. The collective conscious is strong. It is about coming up with solutions that will solve societal problems in the medium and long term. All while building something sustainable, for the benefit of future generations in the long term. This social impact aspect is one of the nuances of the region. By tackling this challenge, startup founders would appear to be more in line with their ''purpose.'' More aligned with their values. So much more dedicated. So much more consistent in their vision. And thus, they maximize their chances of success. This is the process that was recently explained very well by Salem Massala, co-founder of Cairo-based click-funding platform Bassita, which began in Egypt two years ago and launches next spring in Dubai. "I knew my business would only work if I tackled an issue beyond myself. Something allowing a virtuous circle for the collective to emerge.”

Many secrets, or in any case, many particularities, are still yet to be defined in order to understand what is happening in the region. Although the Arab Spring has often been narrated in terms of political and institutional upheavals, there is a phenomenon which, despite its power, is not as talked about by the media: the seizure of power, of a certain power, by young entrepreneurs. Fueled by their successes, rapid, dazzling and international, these new players are revolutionizing the economic and social landscape regionally. This power then allows them to hold more weight politically. At a local level, for the moment- but can they eventually take it to the next level: global? A positive answer is a safe bet.

SOURCE: The Entrepreneur ME - Enabling The Arab World To Become The World's Next Startup Hub