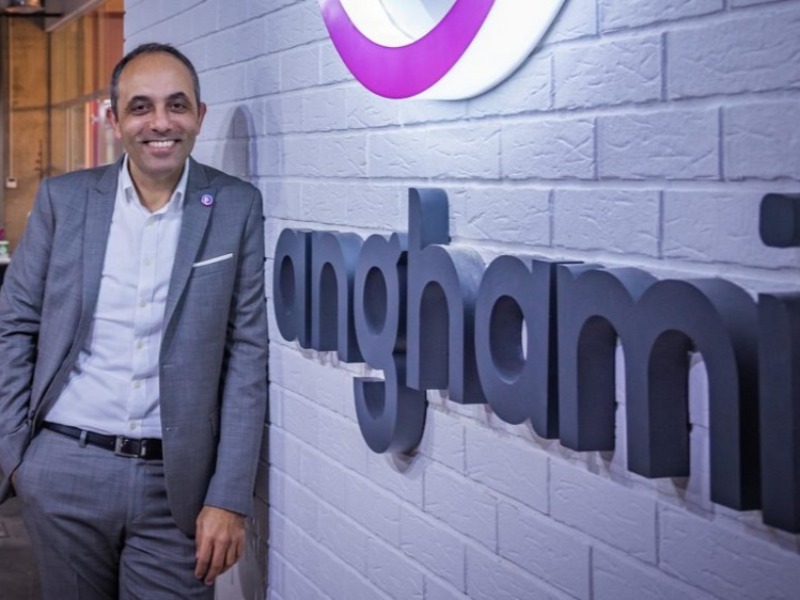 Anghami, the region's leading music-streaming platform, last week announced that it will be listed on New York's Nasdaq stock exchange as a result of a merger with Vistas Media Acquisition Company Inc. Anghami is now set to become the first tech company in the MENA region to be listed on a US stock exchange using a SPAC vehicle.

Following the unprecedented announcement, MAGNiTT caught up with Co-Founder of Anghami, Elie Habib to delve into how the historic moment came to light. Elie discusses why they chose to take the SPAC route, if going public was always the goal, when he knew Anghami was ready, and much more.

Check out the interview below:

Why did you go down the SPAC vehicle route to raise funds rather than traditional VC?

We have previously been through the VC route and are very familiar with it. However, we noticed during COVID-19 that while some companies struggled, public companies were thriving; they were doing extremely well because they were able to take debt and actually use it to acquire companies and grow. Seeing this taught us to go back to the basics.

Going public is usually seen as the final stage, but if you look at companies such as eBay or even Amazon, they listed 3 or 4 years after being founded. We realised that SPAC is an investment bank that will allow us to raise funds and also list in the US which is home to the largest capital market. This will therefore allow us to supercharge our growth, have listed stock, and more liquidity externally as well as internally to acquire and also compensate, opening Anghami up to a whole slew of things that we never thought we would be able to do. SPAC is relatively new and is available in a few markets, one of them being Nasdaq, so when the opportunity came, we jumped at the chance.

The route Anghami has taken is the first in MENA, does this excite or challenge you?

When we started building Anghami, our aim was to inspire. It goes back to our roots. We wanted to create a company where music streaming would be used across this part of the world. We knew we were competing with companies that were huge, heavily funded, and with thousands of engineers. Contrarily, we only had 50. Yet at Anghami, it never stopped us.

I am proud of being Lebanese and Arab, but having offices across the region, including Riyadh and Abu Dhabi, shows me one thing - Arabs from the region, can rebuild and can grow from a small company of 5-6 employees to listing on Nasdaq. It's inspiring and it shows that we are the first, but are one of plenty that will come. People may now believe that it's possible because Anghami did it.

How did you know when Anghami was ready to list publicly?

A lot of what we have learned at Anghami, we have learned from failures. We always check, ask, listen, follow up, and understand. 2020 was a tough year for all startups worldwide, but you have to be almost profitable, and that is what makes the difference. If you are a company that has a clear path to profitability, to growth, and you can make your case to investors, then you have a path to go public. If you have a proper structure internally, you are ready to open up your data publicly, then yes you are ready. We mapped all of that clearly.

Anghami is at a place whereby we have been working over the past 9 years to create our tech, create a platform, build our user base, and learn, but now, we need to put in the fire to supercharge our growth. Over almost a decade, we have raised $26M, now we are raising almost 4 times as much to do exactly that. We have a vision that we need to execute.

Check out all of Anghami's previous funding rounds

When was the thought of going public first put on your radar? Was this always the goal?

The end goal for me was never to sell, but I knew that it was an option. As a startup, you have 3 ways to ‘exit’ - 1. Fail, 2. Sell, 3. IPO. We had been approached multiple times to sell the company, even as recent as a few months ago, but I would only consider selling if I had reached a point where I could not grow Anghami any further.

The IPO gave me another way where we could be sustainable on our own, continue growing, and become more independent. It was never the goal when we started 9 years ago to IPO. We knew that we wanted to be the biggest streaming service, we wanted to compete with the big companies, and I believed we could build all of it from the ground up. The IPO happened because when you prepare something that is sustainable, is embedded, and has the right ecosystem, you are opened up to more opportunities. Due to our work, the opportunity came up and we grabbed on to it because it made sense.

How did you find the process and what was the hardest part?

Preparing to become public is difficult, however, SPAC has an advantage over a traditional IPO, which is speed. Traditional IPOs will be harder to complete as they take longer lengths of time. For me, the biggest currency is not the dollar, pound, or dirham, it is time... I can probably make more of everything, but time. Yes, it is a hard process but it is shorter than any other traditional IPO and the opportunity cost of not doing this, would have been much bigger for us.

Time will tell whether or not we made the right choice, but I have a wonderful team, and when we shared the Nasdaq news with them, it was a proud moment for all and that is what I’m here for.

What triggered moving your HQ from Lebanon to Abu Dhabi?

R&D and innovation are very important for us. We are sharing music, but ultimately, we are a tech company at the core. Abu Dhabi has been making several investments in machine learning and multiple investments in the Emirate overall which attracted us, as we can now tap into that particular ecosystem, the talent and at the same time, attract external talent into Abu Dhabi.

We are growing. We moved as we need to ensure that this growth continues and we need to reach out to a bigger talent pool and access bigger tech resources that were not available to us earlier. We respect the UAE by thinking ahead and are grateful for the newly available opportunities.

What are the biggest challenges and opportunities that you expect to see, post-Nasdaq listing?

We’re intending to supercharge our growth and that is why we are raising the amount of capital we are. Raising such an amount is not what we’re used to, but we are used to doing good because we don’t overuse money and we are thoughtful with our resources. We need to supercharge growth in areas we do good in but can do better in, especially in markets such as KSA and Egypt, where we believe there is a lot of opportunities.

Secondly, emerging markets are our main territory. We have so far learned a lot of lessons in these markets, for example, in Egypt whereby we have integrated with Telcos and supermarkets to e.g. sell daily, weekly, and monthly Anghami plans. Such expertise in dealing with local ecosystems whether content, brand, or telcos, we believe can be used on multiple other emerging markets that we're interested in.

Lastly, growing our product and increasing the monetisation of our product is key. We believe live radio is radio 2.0. When it comes to streaming services, most have started hosting podcasts, and although this is something we will be investing in, we are more familiar with the term ‘show’ or ‘radio show’ as we have realised that podcast and 'show' are essentially the same. A podcast has just been recorded in the past whereas a radio show is live.

We want to enable a whole generation of audio influencers to create their own show on Anghami, whether it be music or audio. We’re calling it live radio 2.0 as that is the natural evolution of the radio market that we are familiar with. Anghami has always targeted the ear, and that is where we're growing even further.