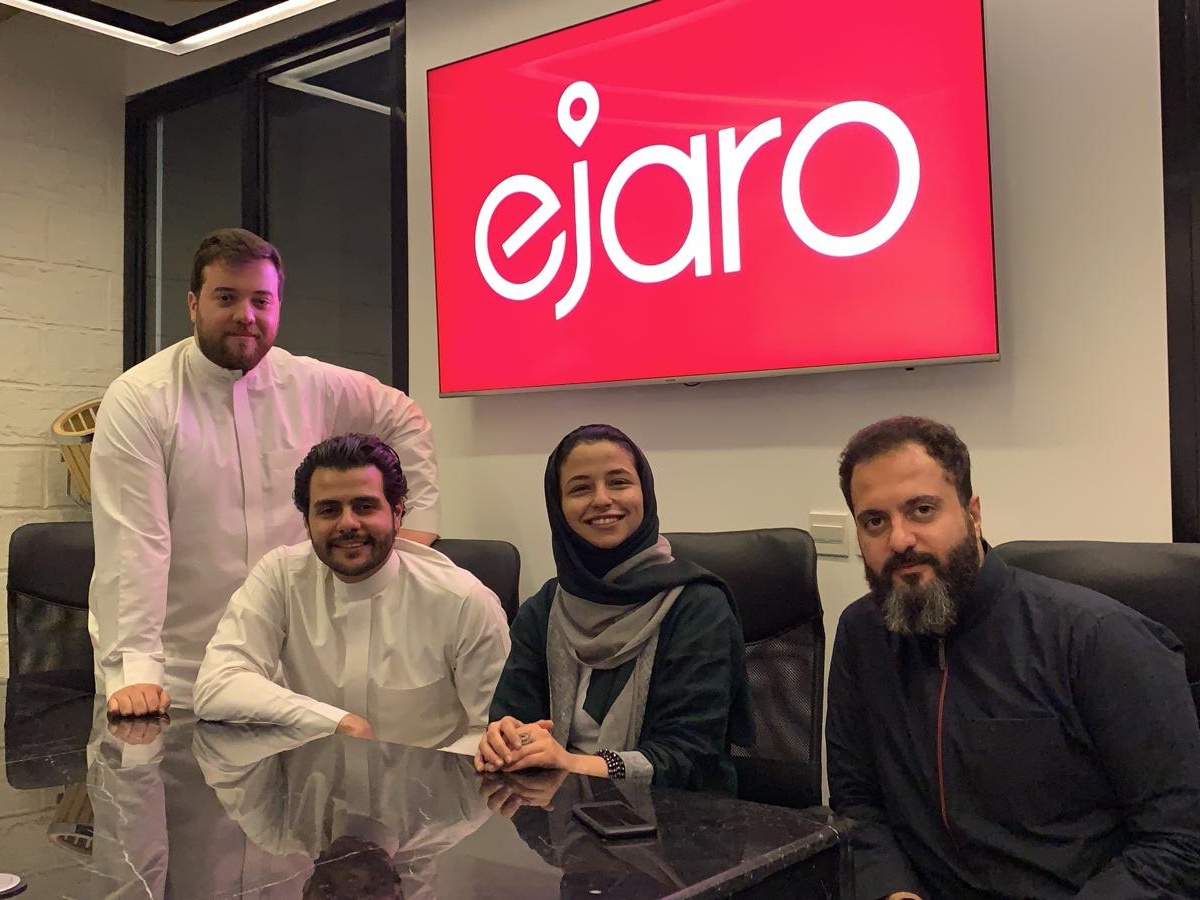 Saudi Arabia’s Transport General Authority has fully licensed its first peer-to-peer vehicle sharing platform: Ejaro. The start-up was founded by Mohammed Khashoggi in June of 2019 and went through an actionable and exciting journey for the past 7 months. Ejaro is considered the Airbnb for vehicles, it is a peer-to-peer vehicle sharing marketplace that connects local vehicle owners with individuals who are looking to rent vehicles whenever and wherever they want, a truly new idea in the region that empowers owners to earn extra income from their depreciating private vehicles (assets) by sharing it with Ejaro’s trusted community.

“As the Kingdom of Saudi Arabia heads towards its 2030 vision with the support of our leadership the custodian of the holy mosques HRH King Salman bin Abdulaziz and HRH Crown Prince Mohammed bin Salman our country is going through a major economic shift and as tourism opportunities continue to flourish and grow, travellers are starting to fly into the Kingdom for business and leisure trips, Ejaro’s services are a safe and convenient method to make vehicle rental as easy as a few taps on your smart-phone. With the growing number of Hajj and Umrah visitors to the Kingdom, Ejaro is the answer to a quick and affordable rental that makes any travelling experience a memorable one” said the founder.

This service will provide the ease and convenience of locating the nearest vehicles at competitive prices. The first of its kind in Saudi Arabia, Ejaro is heading towards disrupting the vehicle rental market in the MENA region, with an undisclosed pre seed funding raised from angel investors, Ejaro aims to revolutionise the car rental industry.

As any experienced founder of a tech startup knows, one hand doesn’t clap, and strategic partnerships are an essential pillar for the success of any startup. For the first month after the idea of Ejaro settled, Mohammed started picking partners, Mujahid Al Ahdab as Creative Director and Finance & Strategy partner Mohamed Amine Merah as well as a Co-founder Adwa Al Dakheel to work alongside Mohammed in order to take Ejaro to the peak of its potential.

As every tech founder knows, a solid technical team is one of the biggest success and sustainability factors of any startup - and Mohammed took that into consideration early on when the idea of Ejaro was on its early stages and he packed his bags to go to India and explore his options to build his own in-house tech team. Mohammed managed to find a talented group of Software Engineers and partnered up with them.

After the India trip, Ejaro’s infrastructure was starting to take place with solid partnerships, cofounders, a solid tech team. Initial wireframes of the application went into development and Ejaro’s team starting working on regulatory aspects
along with operational necessities. The main priorities for any peer-to-peer car sharing platform include insurance, KYC and background checks, along with car authorisations which depend on governmental integrations and that was both the biggest challenge and the biggest opportunity present to Ejaro.

Shortly after Mohammed went into partnership Mahmoud El Madhoun, CEO of Kingdom Brokerage, one of the leading insurance brokerage firms in the Saudi and together created the first peer-to-peer insurance policy in the MENA region, this policy is exclusive to the Ejaro community. MedGulf & Al Tawunya Insurance companies were the first to jump onboard the idea.

This policy is the most comprehensive available in the Saudi Market and is also at very competitive rate compared to the other comprehensive policies around. During the time of developing the platform, Mohammed and Mahmoud had partnered up to create and revolutionise not only the vehicle rental market in the MENA region but are also working to introduce a new way of vehicle insurance in the market.
“It will serve Ejaro’s users in a new way, covering their personal vehicles to be used under commercial purposes” said Mahmoud.

‘We are currently working on a secret project that will change the way we use vehicle insurance in the MENA region, it has been in the works for many months but we are finally at the finish line, working alone side Mahmoud and kingdom brokerage had helped us make this happen and now we are currently partners working on something that will disrupt the insurance market as well” said Khashoggi.

After capitalising on all of team’s connections and network in the public sector, a serendipitous meeting happened in an urgent manner with His Excellency, Turki Al Shaikh, Chairman of the General Entertainment Authority for Ejaro to be involved in the Riyadh Season.

After that meeting, a domino-effect took place where Ejaro became a Co-sponsor in the Riyadh Season, then had a meeting with the VP of Public Transport Authority, and then became the first and only licensed peer-to-peer vehicle sharing platform in the GCC. After obtaining the license, Ejaro managed to integrate with Elm (Yaqeen) for the car authorisations and with Najm for the KYC and background checks.

When it came to fundraising, Ejaro didn’t have any difficulties raising funds at a healthy valuation for their Pre-seed round. Most importantly, Ejaro picked the most strategic investor to come in that would offer much more than cash; ‘smart money’ was something essential in the eyes of the entire Ejaro team. The Pre-seed investor that came into Ejaro bought connections and potential number of cars to be on the platform. Moreover, the Pre-seed investor also has the ability to double-down in the next funding round and accommodate Ejaro’s fundraising needs on the go.

All in all, where Ejaro is today only after 6 months from the idea is something to be proud of as a Saudi startup and it is nothing but a result of sleepless nights, endless hustle, and turbo-brains coming together to expedite the process and show results in a few months that others would spend years to achieve.