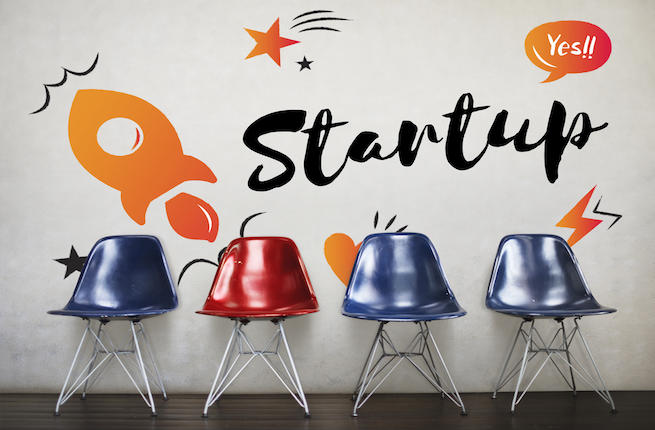 This was the general consensus at the Cairo edition of Wamda’s flagship Mix N' Mentor event on the 27th of September, where leading figures from the startup ecosystem met at The GrEEK Campus to discuss these challenges.

On a positive note, Fares Ghandour, Partner at Wamda, observed: “The year 2018 has been a landmark year for Egyptian startups. We have seen a number of companies closing bigger and later stage investment rounds. The local market is huge and holds enormous potential for building great companies. Our recent twin investments in Aqarmap and CrowdAnalyzer are testament to our confidence in the market.”

But Ghandour tempered his optimism with caution. “While we don’t doubt the market’s potential, there are still many hurdles which stakeholders across the ecosystem must address together. The currency devaluation has had an effect on the startup scene - there is a funding gap that must be addressed, as well as an issue with recruiting or retaining experienced talent. With Mix N’ Mentor, we hope to bring these people together to share experiences and come up with ways to advance the country’s entrepreneurial landscape,” he said.

Egypt’s Central Bank floated its currency back in November 2016, devaluing the Pound by 48 per cent in order to secure a $12 billion loan from the International Monetary Fund (IMF). As a result, purchasing power has declined and inflation has soared while borrowing costs for businesses have also increased, putting pressure on aspiring entrepreneurs and startups.

“The devaluation affected startups in two ways, one in the market itself – the amount of revenues has declined because a lot of people aren’t able to purchase anymore,” said Amr Saleh, co-founder and chief executive officer at Elkrem, which provides hardware and software tools for developers to build blockchain-enabled products. “We haven’t faced this problem because our market is global, it’s affected us more on the talent side, we’re not able to find talent.”

Hiring senior staff is a common problem among many of the startups who attended the event. Egypt in general has high quality university graduates, particularly engineers, who are increasingly being poached by global companies. Local companies are now competing with international firms for good talent.

“The biggest problem, especially for senior talent, is we don’t have enough money in the system to pay them,” said Ahmed Alfi, chairman of Sawari Ventures, a Middle East and North Africa (Mena) focused venture capital (VC) firm. “People outside are betting on our talent, we need them to bet on our talent here. Top engineers shouldn’t go anywhere [outside of Egypt] to go work for a startup.”

According to panellists, to tackle this problem there must be more financing options, investors, incubators and accelerators as well as changes to the regulatory system to enable startups to give stock options to employees.

During the break-out mentoring sessions, entrepreneurs sought advice from the likes of Paul Huynh, a former Google executive and Tarek Assaad, managing partner at Algebra Ventures, an Egypt-based VC. Those who attended the sessions highlighted that besides talent, customer acquisition and fund raising are two key problems encountered by startups in Egypt.

Despite these challenges, a sense of optimism prevailed. With a population of some 100 million, Egypt is the Middle East’s largest market, despite the lower purchasing power when compared to the GCC. Cairo alone has a population of 26 million, making it one of the largest cities in Africa and a sizeable market for startups looking to test out ideas and scale their product.

Sawari Ventures recently announced EGP1 billion fund, while Flat6Labs Cairo’s managing director Moustafa Khater hinted at a new offer for startups next year. The government is also encouraging the growth of the startup sector as a driver of the economy, which is enjoying a steady rise in foreign direct investment.

“The awareness among the government is there, there is awareness that we have to make life easier for entrepreneurs and the people funding them to achieve economic growth,” said Alfi. “Seven years ago this audience would have been 90 per cent people in the first or second year out of university, but the talent pool now coming into startups is substantially more experienced and they are better investments because of that experience.”

These “better investments” are likely to maintain momentum in Egypt’s startup sector and push the market forward.