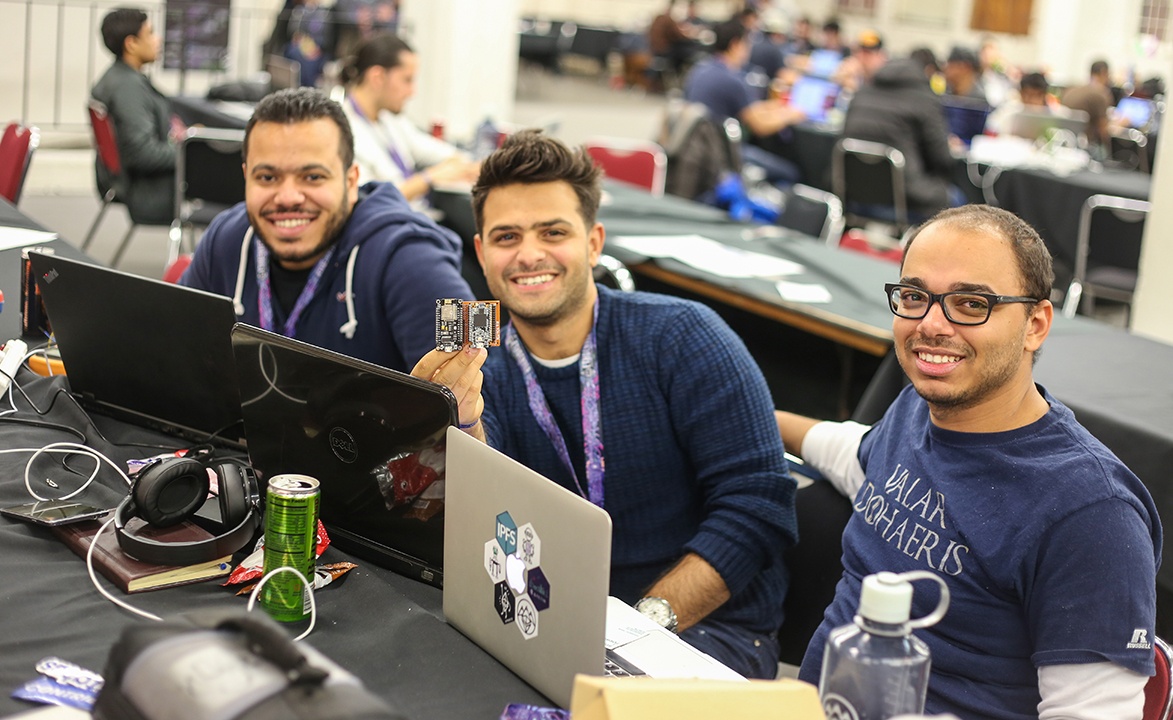 Elkrem, an Egyptian hardware blockchain startup scored $75,000 from Consensys' Tachyon Blockchain accelerator and has started the programme on September 7th. This adds to a seed round of $250,000 closed in January led by Endure capital, and joining the round is 500 Falcons, and angel investor Khaled Alashmouny, who is a hardware designer at Apple, Inc. as well as Elkrem's old investors from Integreight: Flat6Labs, Karim Hussein, and Con O'Donnel.
Like many of their blockchain comrades, Elkrem has always been involved with international accelerators and investors. In fact, competing with 130 teams from all over the world, Elkrem won first place at EthDenver hackathon. With this investment the startup is going to globally launch their first product, the blockchain development board, through Kickstarter in 2019.

"Given that we were already in the hardware makers market for the past 5 years, we thought we can develop a hardware development board that eases the integration of hardware and decentralised technologies such as bitcoin, Ethereum, IPFS, Whisper, Swarm,... etc," Amr Saleh, Elkrem's co-founder tells Startup Scene. The product allows blockchain developers to integrate decentralised apps (Dapps) with hardware prototypes in an easy way without having deep knowledge in hardware development, and also allows electrical engineers and hardware developers to connect blockchain to their hardware projects without having deep knowledge of how the blockchain works. "So, they can trigger actuators through smart contracts and log sensors data to smart contracts as well," Saleh adds.

"To start the conversation with developers, we launched an open source library called Koyn on Github," he continues. "It allows Arduino and ESP Wifi users to build machines that accept payments inbBitcoins with one line of code." The coders behind Elkrem built an Arduino powered Bitcoin enabled candy vending machine and an electrical outlet that you can rent with bitcoins.
"Elkrem" is the reverse of the word "Merkle", named after Merkle Tree, a cryptography algorithm of which the blockchain technologies are built on. Saleh and his co-founder Islam Mustafa have been following bitcoin and blockchain technology since 2012. Five years later, they began experimenting and playing with it and other decentralised technologies in their spare time. The first thing they tried was connecting a Raspberry Pi with different hardware boards and control it using bitcoin and Ethereum transactions. "We found that the process wasn't too easy and because of the lack of documentation and the huge development overhead required just to blink an LED, we thought we can do better." Saleh and Mustafa wanted to put this in the hands of hardware engineers as themselves so that R&D gets accelerated and blockchain would be pushed to the mainstream in a few years.

Once confronted by the technology, their minds were blown; "We felt it is going to change everything," Saleh says. "We believed it will have a huge positive impact on IoT and internet connected devices and thought that it might be the missing piece, the unified standard everyone was dreaming of."