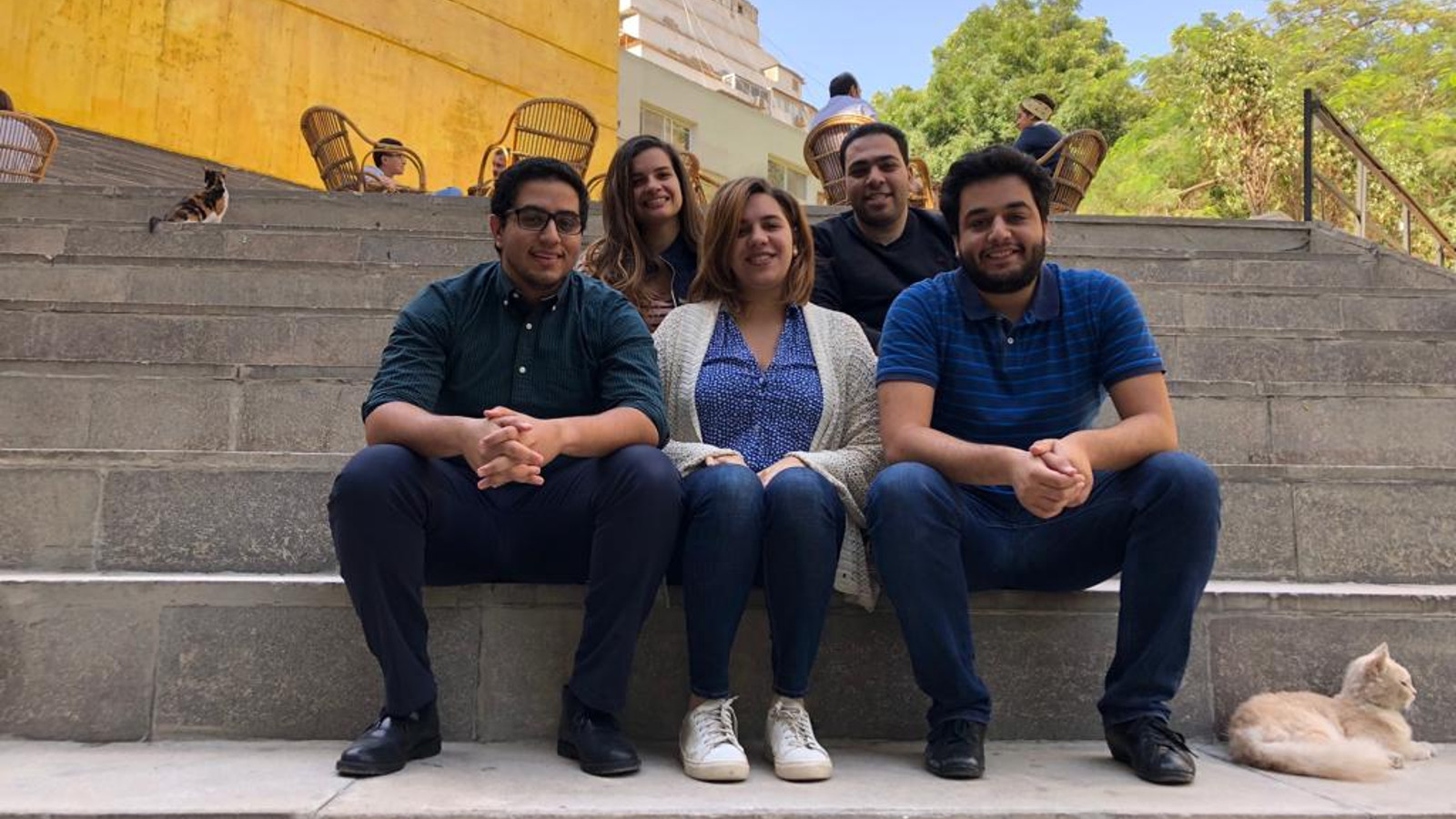 Egyptian entrepreneurs have long had to rely on the usual friends or family or on their own savings when launching a tech startup. But an increasing number are now looking to angel investors, when securing their startup’s first capital. So, says Cairo Angels investment associate Muhammed Hegazy.

Speaking to Ventureburn, Hegazy (pictured above, back row, right) says the mindset of Egyptian entrepreneurs towards angel investors is “starting to shift” as they consider angel investors as the “first-to-go market”.

In November last year the African Business Angel Network (ABAN) revealed in a presentation at the Africa Early Stage Investor Summit in Cape Town that Cairo Angels is the second most active angel group on the continent after Lagos Angel Network (see this story).

While ABAN’s presentation says Cairo Angels has about $2-million invested across 21 deals, the group claims on its website (as of today, 23 January) to have invested $2.3-million in 24 startups.

In the same presentation, ABAN also identified Cairo Angels — which began operating in 2012 — as one of the oldest angel groups on the continent.

Commenting on how Egypt has led the way in developing one of Africa’s first angel networks, Hegazy attributes this largely to the country’s rapid demographic growth, growing urbanisation and what he described as a “revolution spirit” among young Egyptians.

“Parents started to support their teens to not think about joining a normal nine-to-five job after graduating and actually started to encourage them to explore the horizon for more than that,” he says.

‘Paved and eased the way’

He adds that Egyptian incubators have also played a key role, having “eased the way” for angel investors in the country to consider investments in startups.

In January last year Cairo Angels together with EG Bank launched the MINT Incubator based in Cairo.

At present Cairo Angels has over 45 investors in its network. The group holds five or six meetings annually.

Hegazy says Cairo Angels’ selection process for angels who want to join the network is “a bit lengthy” since the investment network seeks members who not only have sufficient capital to invest in startup, but who are also able to contribute enough time to the group.

Some of the factors the group considers in potential members, he says, include whether or not they have invested in or mentored a startup before, as well as financial capability or how they can financially commit per year.

The group only invests in early-stage tech startups or tech-enabled startups that have the potential to make an impact in the Middle East and North Africa (MENA) region.

Ticket sizes range between $50 000 and $120 000, in return for equity of between 15% and 25%. Hegazy adds that the group does however consider other options other than straight equity as convertible notes.

The group looks to exit three to five years after investment. To date Cairo Angels has not had any exits.

In addition to this, at least six of the portfolio companies (including Instabug, Eventus, Buseet and Play 3arabi) have secured second or third-round investments.

But for Hegazy this is not enough. The main challenge remains the small pool of startups in the region.

With more support, funding and some luck Hegazy and others like him in the angel investment community in Egypt, will see this grow in years to come.