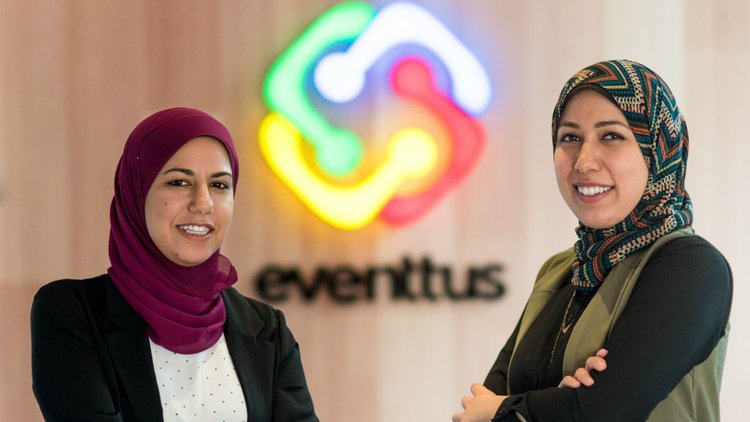 SOURCE: Entrepreneur ME - Eventtus Raises US$2 Million From Algebra Ventures And 500 Startups

With the Middle East growing as a hub for global and regional conferences, Eventtus, an events management platform, leverages the momentum, and has announced its successful raise of US$2 million in a Series A round from Algebra Ventures and 500 Startups. The startup has previously raised $175,000 in November 2013 from Cairo Angels and Vodafone Ventures, followed by a $450,000 from Raed Ventures and MEVP in 2016, raising a total of $2.65 million.

Founded in 2012 in Egypt by Mai Medhat and Nihal Fares, Eventtus has grown its web and mobile apps to an all-in-one platform for events ticketing, event management and networking, with its headquarters in Dubai, and an operations office in Cairo, Egypt. As an event app provider, Eventtus has served 9,000 events in 15 countries, with clients including Dubai Expo 2020, Informa, DMG Events, STEP Conference, Emirates Foundation and ArabNet, among others. The startup has been working on their tech such as social media integration and personalization or real-time intelligence, seeing an impact on engagement usage of attendees. Features such as the customized event agenda, event sharing feed and real-time polls has boosted engagement rate of attendees of up to 91% in the past 18 months.

With the acquired investment, the team plans to use it to accelerate its expansion to the region and introduce new products to compete on a global scale. On the works are features to offer an efficient process for lead generation for exhibitors, as well as revenue generation options for organizers. Eventtus is also gearing up to launch its new AI module to enable attendees identify relevant people to connect with during events, based on a machine learning algorithm, which takes in and understand their business goals better with each interaction.