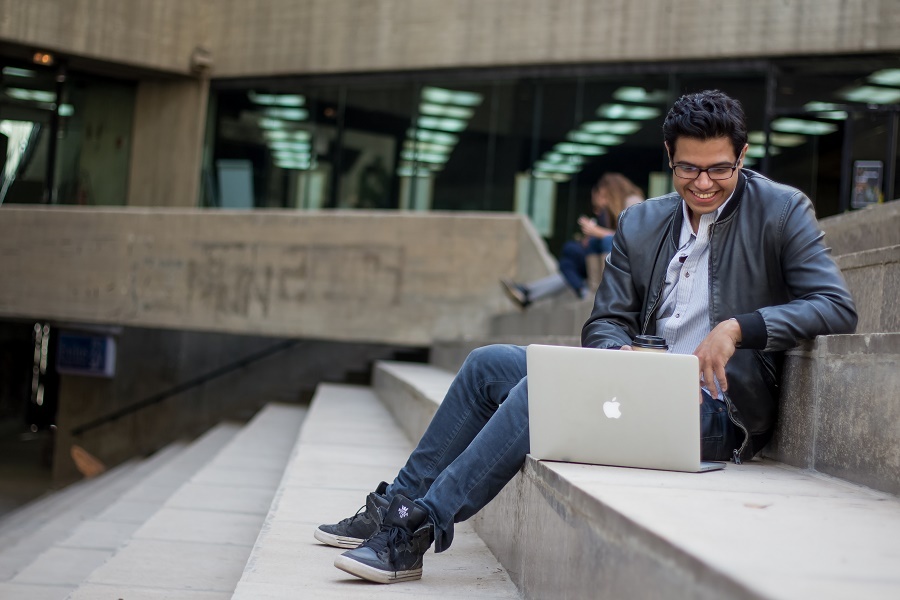 “Recruitment is still in the 20th century, and ripe for disruption,” he said. “The problem is obvious, and the current solutions outdated.”

Moreover, Hire Hunt has a “very quickly scalable business model”, an “appealing price point,” and the potential to grow globally.

El Shalakany could not disclose the amount of investment, but said it was “in the upper range of the angel investment bracket”.

Cairo Angels provided 90 percent of the total investment. The remainder came from several investors outside the network who were selected to help the company grow, said El Shalakany.

Hire Hunt founder Basil Fateen confirmed that the investment was not just a boost in capital, but also in expertise, as the supporting investors brought a wide variety of experience in sales, marketing, finance, HR and scaling.

“The capital will be mainly used from growing the team with a focus on optimising our sales, development and marketing processes,” Fateen said.

The end goal was “to become a global competitor”.

He called the Cairo Angels investment “really massive” for Hire Hunt, and said now was the time to grow in terms of users and sales. “It’s all about numbers now.”

El Shalakany expected the next investment milestone for the company to happen in two to two and a half years, which he admitted was longer than the typical Silicon Valley cycle.

“But that’s absolutely fine. Scaling takes longer in this region,” he said.

A new twist on an old business

Hire Hunt is a recruitment platform launched in 2015 that allows jobseekers to determine and present their skills through interactive profiles.

Founder Basil Fateen has 10 years of experience in the tech sector, varying from startups to companies as large as Orascom Telecom. For the last six years he worked for Link Development, now a subsidiary of investor and holding company A15, where he experienced problems with recruitment first-hand while spending months filling positions.

“It’s a pain for applicants to find work, but that’s only one side,” Fateen told Wamda. “The employer side is equally terrible, and outdated.”

He said after job interviews companies often found a part of the necessary “fit” was lacking, so as part of his work as a product consultant at Link Development he started to develop a new process for hiring.

Hire Hunt is not related to A15.

The key of this process is that applicants build an online profile through an interactive assessment using games, questions, and feedback mechanisms to discover their skills and capabilities. These profiles in turn give employers a more in depth insight in the qualities of applicants that traditional CVs and cover letters.

The platform presents job suggestions to applicants, and allows companies, for a fee, to contact the right jobseekers. Companies can search and review candidates on the platform, and only pay for contacting the ones selected.

Hire Hunt has around 350 companies using its service, managed by a team of eight.

There have been several new players in the recruitment sector in Egypt, in response to the high unemployment rate of 12.5 percent as of July, and over 30 percent for youth, and resulting from the tech boom following the revolution in 2011.

One of the most notable ones is Jobzella, founded in 2013, which uses algorithms in their search engine to match jobs from major recruitment sites and companies to jobseekers.

What differentiates Hire Hunt from these recruitment sites is the interactive tool to help find the ‘right’ match rather than ‘a match’ between jobseeker and employer.

El Shalakany said Cairo Angels was in the final stages of closing a deal with a Jordanian startup, and he expects this deal to be announced in October.

In addition to deals, Cairo Angels wants to expand its own network of investors.

Last week it organized an event called ‘The Angel Ticket: Your guide to early-stage investing’ to introduce new people to angel investing in Egypt.

During the event the network announced its latest figures, saying it had in total invested “over $1.5 million in 16 startups across a variety of industries,” and was “increasingly pursuing opportunities beyond Egypt”.

Previous investments of the network include hardware startup Integreight, and online obituary Wafeyat.