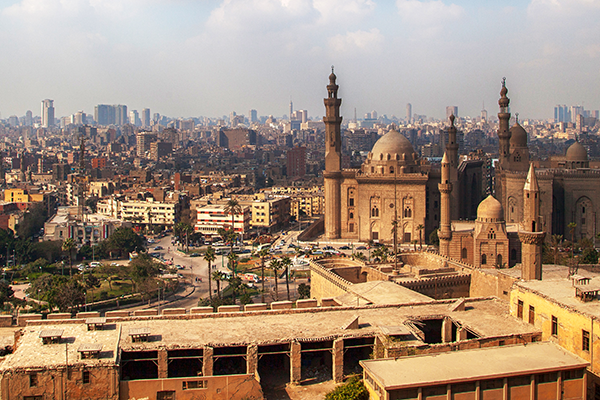 Between 2010 and 2012, North Africa and the Middle East experienced one of the most significant social uprisings in modern times. The Arab Spring was sparked by years of governmental, judicial and economic oppression and was led largely by young protesting adults looking to ignite change across Tunisia, Syria, Bahrain, Libya and Egypt. For the latter though, it also coincided with a technological revolution that was simmering under the surface at that time: a revolution that would soon have an army of emboldened entrepreneurs to harness its potential.

“The Arab Spring definitely pushed the mainstream to adopt the internet, social media and digital in general,” recalls Hussein Mohieldin, MD of Robusta – a digital agency thriving in both Africa and Europe, and an epitome of how far the country has come in the tech realm. “At the time everyone relied on Twitter and Facebook to follow up on the news, and subsequently, digital and mobile witnessed exponential growth which gave birth to lots of opportunities capitalising on this adoption.”

Robusta wasn’t a new concept in 2012. In fact, it had been a business in the making since 2007 during Mohieldin’s undergraduate studies. The Arab Spring triggered a change in mindset for budding entrepreneurs, however, and this has forged a path for Egypt – and indeed the wider region – to flex its innovative muscle in the years since.

“Inspired by the socio-economic changes taking place rapidly, we decided to make a step change – we quit our full-time jobs and fully dedicated our time and energy to Robusta in 2012,” Mohieldin continues.

“The Arab Spring was a huge inspiration and psychological boost to the region’s youth, being encouraged to challenge the status quo, to ditch their corporate career paths, and to start their own businesses with the aim of making an impact and establishing new products and services that no-one had offered before in the region.”

The notion of “challenging the status quo” aligned the ideologies behind the Arab Spring and entrepreneurship in general, and robusta was just one of many to capture this sentiment. Organisations such as RiseUp went a step further to serve as a movement bringing all new start-ups together on one table to facilitate networking, to unearth pivotal global resources, and to evolve an entrepreneurial ecosystem in North Africa.

“Start-ups based in Egypt are more promising than you’d think, not just inside the country itself, but in the MENA region – and very possibly, the world – as well. Young Egyptians like to strike while the iron is hot; they’re finding more and more ways to exploit every opportunity that comes their way, and news headlines show that these tech-based start-ups aren’t afraid to grab hold,” explained Con O’Donnell, co-founder and chief commercial officer at RiseUp.

Such instincts and ambitions were always present, but simply weren’t viable in the country’s climate pre-2010. And for the retail sector in particular, the technological step-change that has occurred since 2012 has been the catalyst not just to catch up with the rest of the world, but to often surpass it from an innovation perspective. Start-ups in Egypt can often leapfrog systems and processes and advance straight to the most contemporary solution; relieving retailers of the challenge of upgrading, overhauling or reinvesting as they might have to in Europe or the US.

“Thanks to a wave of start-up successes and failures, the scene has matured from a trend that seduces fresh grads with the promise of freedom from corporate slavery, to a more grounded experience that shares and highlights the difficulties and the opportunities alike,” Mohieldin surmises. “The more successful start-ups there are, the more investors that jump onto the scene to finance them, and the more attention the scene starts receiving from international players.”

The robusta MD goes on to compare what’s happening in Egypt to companies like Facebook, Instagram and Uber; all of whom disrupted an entire sector to create entirely new industry economies. He believes that, while such rapid progression inevitably spawns new challenges such as a rise in competition, increased international interference and a potential reduction in customer loyalty, retail can remain one of the main beneficiaries of this ongoing post-Arab Spring momentum.

Further aiding the rise of entrepreneurship in North Africa, Startup Reactor initiated its fifth cycle of start-up acceleration in 2018, serving as a platform to connect entrepreneurs with investors and mentors. Its five-month programme puts these young businesses on the right track to capitalise on the ongoing regional revolution, and retail has been one of the main benefactors of the initiative over the years.

This year’s allocation process is well underway, while 2017’s green technology-focused selection are now branching out to market following the completion of their programme. However, two of 2016’s cohort are already showing how initiatives such as these can bring entrepreneurial thinking and modern technologies together in the retail sector:

Tripdizer – The travel experts have evolved from their 2016 experience, to now be one of Egypt’s best one-stop shop agencies in the space. Serving as a Lonely Planet-esque review site as well as a travel agency, customers are able to streamline their holiday search through this one site. The use of multimedia, social media and interactive customer service channels have further boosted its reputation as the young traveller’s holiday shopping portal.

Cinema 360 – Transforming the leisure retail scene is Cinema 360, who caught the global VR trend in its infancy back in 2016 during its own Startup Reactor journey. Veering away from the traditional cinema experience, the company places viewers in swivel chairs which, combined with the VR headsets, facilitate a 360-degree movie experience. In a country where youthful expression was a dubious concept only 10 years previously, the overhaul of youth-target leisure pursuits is symbolic of how far Egypt has come.