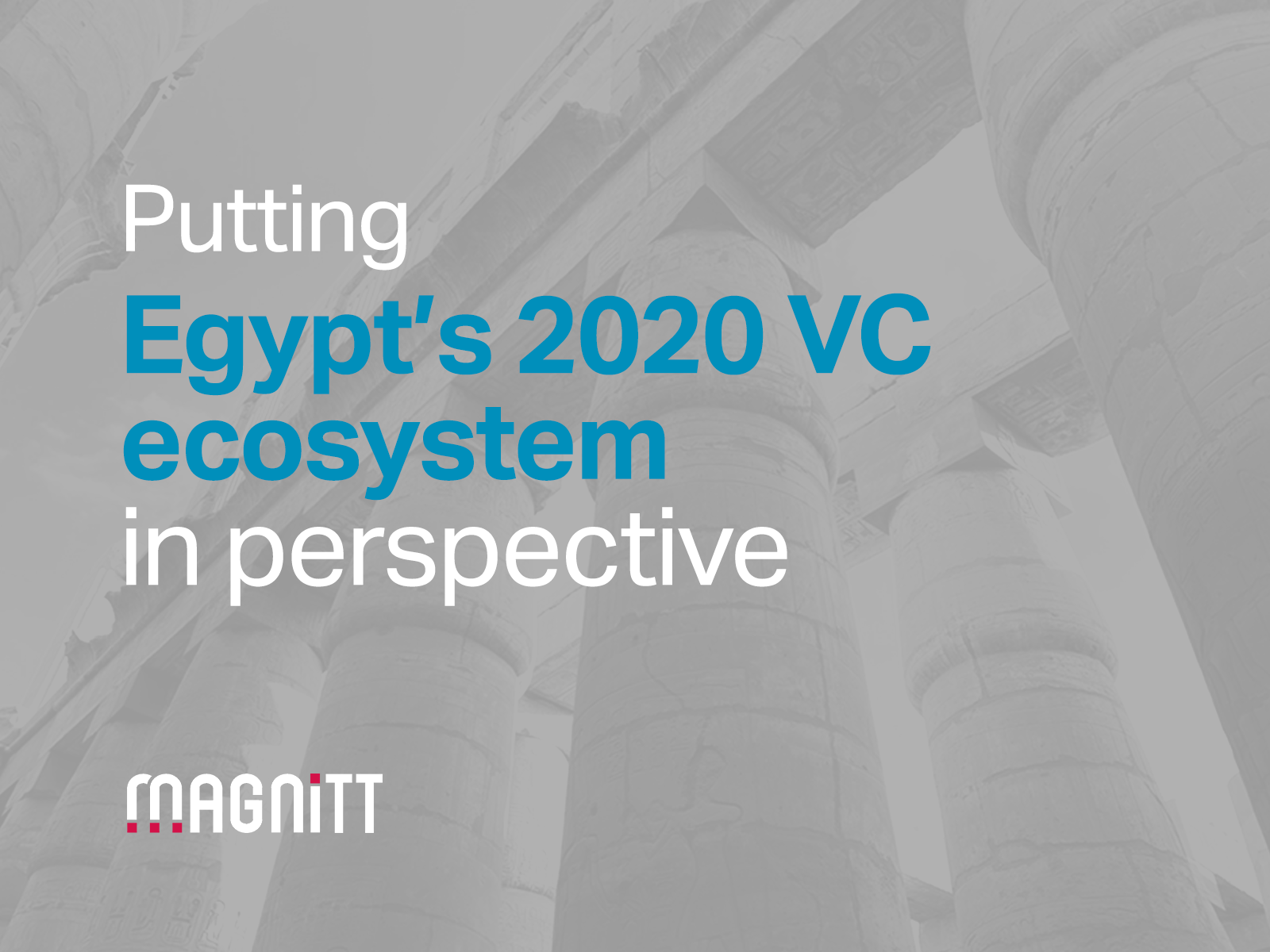 Like most MENA countries, Egypt’s startup and venture investment ecosystem made significant strides in 2020. It defied the pandemic pushback to garner 88% of the funds it did in full-year 2019 in just the first half of 2020. Year-over-year, Egyptian startups raised 30% more capital in the latter year.

Released in collaboration with the IT Industry Development Agency (ITIDA), MAGNiTT’s 2020 Egypt Venture Investment Report painted a promising picture. Having grown at a CAGR of 100% over five years, the Egyptian VC ecosystem finished 2020 with $190M invested across 114 deals. Although the dent in accelerator programs caused a 14% decline in total transactions, the average deal size rose from $1.1M in 2019 to $1.7M in 2020.

Moving beyond top-line figures, we drill into more nuanced details to identify key ecosystem characteristics and the trends that could come to shape its future:

1. With more later-stage deals registered in 2020, concentration of capital in top deals reduced

2020 marked a step towards a slightly more even distribution of investments across all transactions. When comparing the year to 2019, the share of top five deals in total capital deployed dropped from 64% to 50%. The largest ten deals, on the other hand, raised 69% of capital in 2019, but fell to raising 60% the following year.

This is likely to have been the result of a five percentage point increase in the number of later-stage stage deals, coinciding with a 28 percentage point drop in early-stage accelerated deals. Transactions in the series A and series B+ categories accounted for 10% of all deals in 2020.

2. Investments steered towards startups operating in Healthcare and E-commerce

Healthcare and E-commerce benefitted from escalated digital adoption, as demanded by the year’s unique circumstances. While the former increased in funding by 1600%, the latter witnessed 64% more deals registered by startups. Healthcare startup Vezeeta was responsible for the largest deal worth $40M.

Aside from these two sectors, startups in Transport accounted for 22% of all capital deployed in Egypt in 2020. Two of the top five deals were raised by firms from within the industry, Swvl and Halan.

Between 2017 and 2020, the number of investors participating in the Egyptian startup ecosystem went from just 31 to 69, while the number of international investors doubled. In 2020, almost a third of investors (32%) backing Egypt-based startups were headquartered outside of MENA. The share of such investors stood at only 21% in UAE and 18% in KSA.

As indicated by these numbers, Egypt maintained the highest foreign interest among MENA’s top emerging venture markets. In further evidence of this, each of the top five deals in Egypt in 2020 was backed by either an international or regional investor.