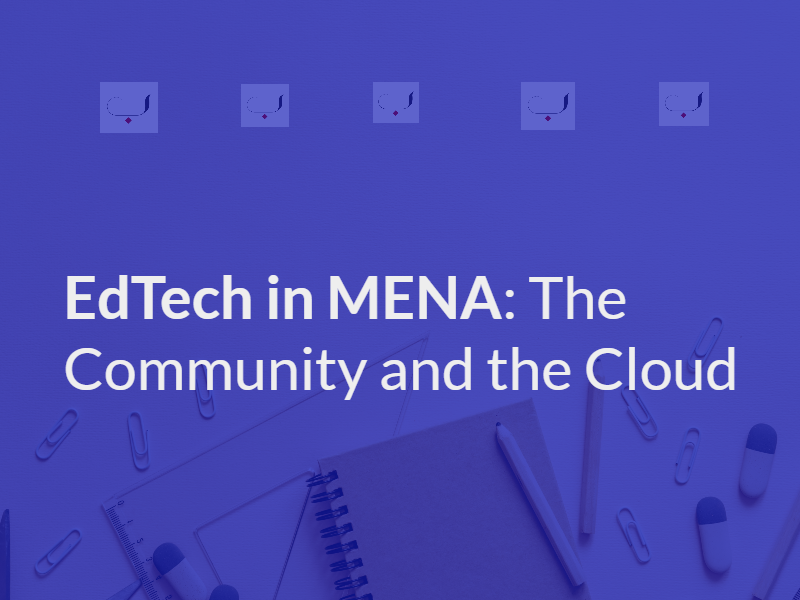 EdTech in MENA: The Community and the Cloud

In 2013, educational researcher and progressive explorer Sugata Mitra first mentioned the concept of “School in the Clouds” in a TED talk given at a time when ‘the cloud’ was still an enigmatic concept. Fast forward to 2018, the MENA region observes its first impactful influx of capital backing EdTech innovations. Since then, the region has founded a plethora of ventures to not only disrupt the educational sphere through seamless Tech but more importantly localize the learning experience. Both of these attributes were attractive for local and global VC investors, who saw the potential behind MENA’s EdTech startups.

What’s more exciting than the  4-year consecutive funding growth in the MENA EdTec space since 2018, is that funding in the sector has grown by 479% by 2021 YTD. As startups and VC investors set up the infrastructure for the e-learning space, Early Stage rounds (Pre-Seed to Pre-Series A) accounted for 92% of all investment in 2018. Understanding the importance of driving new innovations, as well as capitalizing on market-validated business models, investors in EdTech kept a steady ratio of Early-Stage deals accounting for 79% of total deals in 2019, 74% in 2020, and finally 75% in 2021 YTD. The last figure, however, has reflected the highest capital deployed in EdTech Early-Stage deals in MENA, raising $10M more than the previous year and $8M more than the previous record set in 2019. This was driven by the yearly record of VC investment in EdTech in 2021, the year the sector showed its true potential and star startups.

Between 2020 and 2021, Saud Arabia, Egypt, and Jordan recorded the most transactions backing EdTech startups in MENA. What’s remarkable about the space was the ability of EdTech to thrive in smaller Venture ecosystems like Jordan, compared to its peer markets in the top 3. The 14 deals closed by Jordan-based EdTech startups accounted for 17% of total transactions across all sectors and raised more than 30% of total funding throughout the year. Compared to larger ecosystems like Egypt and Saudi, EdTech accounted for a larger share of transactions, where EdTech startups closed only 5% of total deals in Egypt and 9% of total deals in Saudi by 2021.

Exploring the most prominent startups in the EdTech space across all three of these geographies, we can find a core competency driving EdTech success in the region. Startups across Jordan, Egypt, and Saudi Arabia have uniquely designed their offering to fit their respective markets. Given how learning is a communal social experience, the value of EdTech in the region was reflected in hyper-localized social ventures facilitated through digital technologies. Atop of the most-funded EdTech startups in MENA are social-based learning platforms connecting students with tutors and education experts. Most prominent of which is Jordan-based Abwaab raising more than $27M in funds, KSA-based Noon Academy raising more than $21M, Egypt-based Orcas which integrates child care in its offering, and a special mention of Lebanon-based Ostaz by Synkers which recorded its Exit last year. Other most successful EdTech ventures were focused on the Arabic language in an effort to localize E-learning experiences. It’s startups like Jordan-based Abjjad and Wajeez, Egypt-based Zedny, and Saudi-based Aanab that received the most traction from investors over the past year.

Get the full insight into this startup scene. Access real-time data on 1,490+ EdTech startups in EVMs

EdTech in MENA: The Community and the Cloud