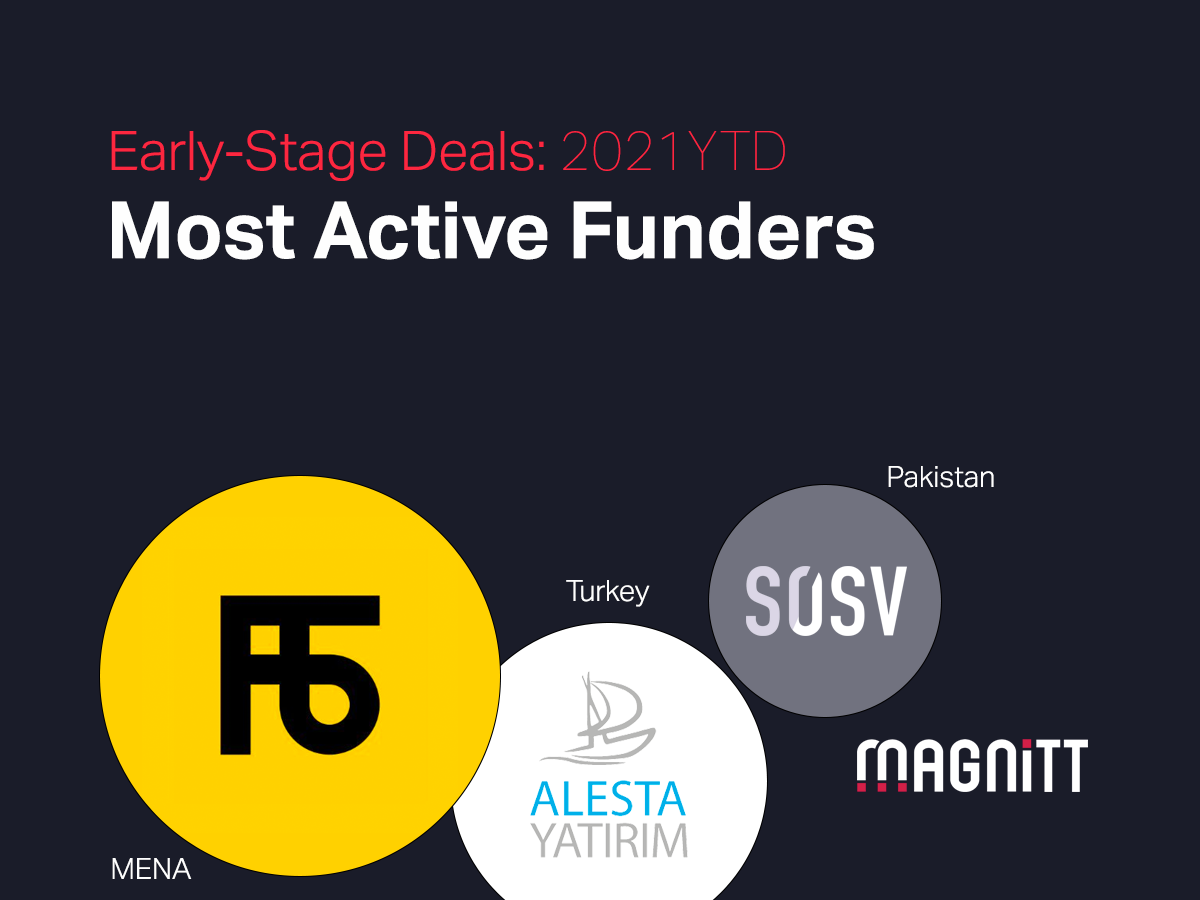 As we near Q4 we can start looking back at a year full of ventures and leaps in our Emerging Venture Markets. From a record-setting $85M Series B fundraise by Pakistan-based trucking startup TruckSher, the emergence of EVM’s first Decacorn with Turkey’s online marketplace Trendyol, to a recording-breaking number of Exits across MENA. Yet, before we get to highlighting the top-level wins of our industries, we’re taking a step back to examine the nascent side of our ecosystem.

Funding in Early-Stage startups has been on a decline across geographies in MENAPT since 2019. As most recently recorded in our August 2021 Venture Investment Dashboard, the second half of 2021 hasn’t been so far from that reality either. In MENA, Early-Stage rounds (below $500K) fell by 59% YoY despite MENA’s 35% YoY increase in the amount of funding raised in 2021 YTD. While Pakistan-based early-stage startups observed a similar slump (57% decrease YoY), Turkey was the only geography in EVM’s observing an increase in Early-Stage deals growing by 10% YoY.

Despite a rather conservative accelerator activity as the ecosystem recovers from the pandemic, Venture Capital firms and Accelerators alike have still kept up a good financial drive in Early-Stage deals. Here are the most Active Early-Stage Funders in MENA, Pakistan, & Turkey in 2021 YTD:

Flat6Labs is the MENA region’s leading seed and early-stage VC, currently running the most renowned startup programs in the region. Annually, Flat6Labs invests in more than 100 innovative and technology-driven startups enabling thousands of passionate entrepreneurs to achieve their daring ambitions and ultimately becoming their institutional co-founders.

This year, Flat6Labs traversed a wide range of industries to spot promising Tech innovations across the MENA region. With 25 Early-Stage deals closed in 2021 YTD, Flat6Labs ranks as the most active funder of early-stage startups in MENA, driving the wave of new-age innovation and fueling future startup growth. Flat6Labs opened the year with an appetite for HealthTech, investing in Egypt-based On-demand consultation platform DocspertHealth, and continued on that path investing in startups like Welnes and Tunis-based Ahkili. The MENA-focused accelerator also explored other industries including E-commerce with Opio and Taajer, and FinTech with Egypt-based crediting platform CreditFins. 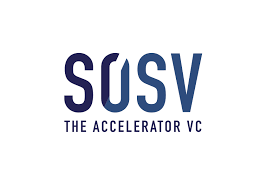 USA-headquartered SOSV is a global venture capital firm that operates early-stage startup development programs focused on two encompassing areas. The first is revolutionary technology that promises the betterment of humanity and the planet. The second is cross-border markets ready for exponential growth, especially in Aisa. The firm’s strategy is to invest in a small number of highly promising startups and use its deeply resourced programs to accelerate product development, acquire customers, and scale.

Even though Pakistan recorded a more conservative Early Stage funding activity as compared to other geographies in Emerging Venture Markets, closing 7 Early-stage deals in 2021 YTD, it’s interesting to note that 1 out of the 2 exits recorded in Pakistan YTD was by Earl-Stage startup Edmatrix.

In terms of Early-stage funding rounds, SOSV invested in highly anticipated startups in E-commerce & InsurTech industries. In E-commerce SOSV invested in Dastgyr, the Pakistan-based B2B marketplace which also raised a stellar $3.5M Pre-Series A round later in the year; other E-commerce deals included Swag Kicks and 24seven.pk. The one Insurtech investment by SOSV was backing online insurance platform Smart Choice earlier this August.

Alesta Elektronik Teknoloji Yatırım was established at the end of 2012 to invest in technology companies with high growth potential, building their business models, providing them access to various support programs, and helping them scale their offering, operations, and sales.

As mentioned before, Turkey was this year’s hot spot for Early-Stage investment activity being the only geography that has observed a YoY increase in number of deals so far. To put this into perspective, Turkey closed 63% the amount of Early-Stage deals MENA closed in 2021 YTD.

With 6 Early-Stage rounds in Turkey, Alesta Investment ranks as the most active Early-Stage investor in 2021. There was no dominant direction the Turkey-based fund took as it created a hybrid portfolio investing in E-commerce with Bulut Sepeti, Healthcare with Houston Bionics, Enterprise Software Shiftplanner, and even EdTech with Kidolog.