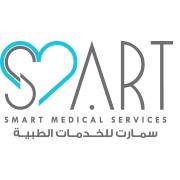 Smartcare Medical Services in Egypt has secured another 12 million Egyptian pounds (US$762,000) from the Egyptian-American Enterprise Fund, according to Al Mal newspaper.

In June, the EAEF invested $1.2 million in Smartcare Medical Services, which at the time was worth just over 10 million Egyptian pounds.

Since then the value of the pound has dropped by 70 percent following the floating of the currency on November 3, so the reinvestment in US dollar terms brings the value of the EAEF’s stake to $1.4 million.

Managing director Amr Tayeb told the newspaper the funding would assist expansion plans in Egypt, the MIddle East and Africa, and pay for a software upgrade.