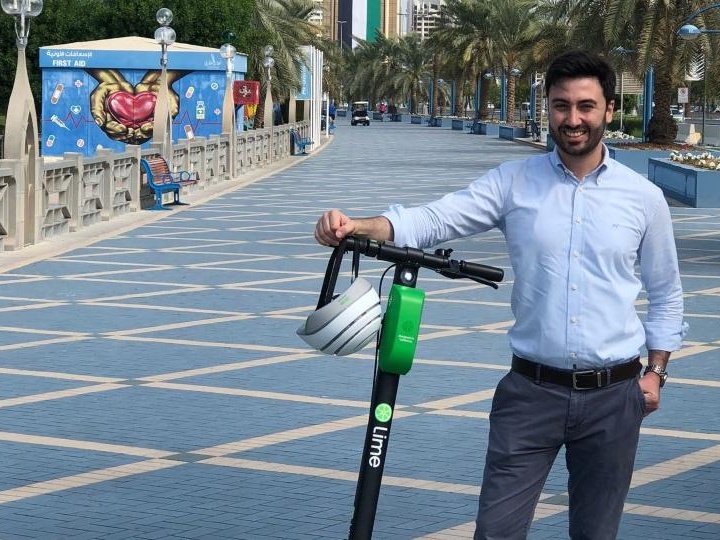 The company is starting out with 300 scooters on the Corniche

The company will place the scooters in pairs at 150 points along the 8km waterfront.

Lime - which operates in 120 cities across the globe - will charge Dh3 to unlock the vehicle and Dh1 for every minute of riding.

The launch coincides with the National Day weekend and ahead of Abu Dhabi Sustainability Week in January.

“Abu Dhabi is a great city for electric scooters and we’re really excited that it will be Lime’s first market in the GCC," said Lime's UAE general manager Mohamad Nsouli, who joined the company from Careem.

"We’re working together with the Abu Dhabi authorities to make the city even more connected and bring a fun, smart and convenient solution to get around.”

Abu Dhabi legalised the commercial rental of e-scooters in July on the Corniche and Khalifa Street.

The pilot will run for six to 12 months. Speeds must be restricted to 15-20km per hour.

The authority did not set out pricing structures and only said the service should be a "nominal cost" for users.

Circ was among the first companies to launch and is offering free rentals until the end of the year.

Dubai banned the commercial renting of e-scooters in March but the authorities allow residents to use their own as long as they are ridden responsibly.

The use of electric scooters remains controversial with many cities embracing them and others bringing in bans.

Last week, Singapore banned e-scooters on pavements and said it could extend to a total ban next year.

In France, a pavement ban was enforced in September, after a series of accidents involving e-scooters.

But cities across Europe and North American have embraced the vehicles.