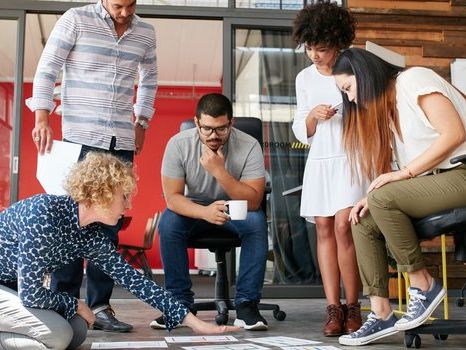 A new strategy to create economic and creative free zones in universities across Dubai is poised to propel the emirate’s startup sector to new heights and play a significant role in the UAE’s future growth as a knowledge and innovation economy, experts have said.

Part of the emirate’s 50-Year Charter to ensure a sustained development march that will turn Dubai into the best city in the world, the move is designed to support students with education, research and funding, and pave way for the universities to graduate not just students, but successful entrepreneurial employers.

“As we approve the strategy to create economic and creative free zones in universities, we set in motion a revolutionary plan that will assist students to realise their dreams in becoming the young successful business leaders of the future,” the Crown Prince said.

Following the announcement of the new policy, the Hamdan Bin Mohammed Smart University (HBMSU) is already in talks to join forces with Signify, formerly known as Philips Lighting, as part of its plans to launch the first innovation and economic free zone among UAE universities. The university said in a press release that it plans to partner with major international companies like Signify with an aim to change the face of education and promote a culture of entrepreneurship that would drive empowerment in the Arab world.

In an interview with Dubai Startup Hub, Sajida H. Shroff, CEO of Dubai-based education investment and advisory firm Altamont Group, said she believes the new allowances will provide “a tremendous tailwind to the start-up sector” and will drive innovation “to reach levels that we can only just begin to imagine.”

“In the days of early Dubai, economic drivers required investment in gigantic infrastructure such as ports and airports,” she explained.

“Today’s knowledge economy requires levers that will drive early adaptation of academic learnings and education into the workforce. The startup sector is at the forefront of using these learnings to remove inefficiencies from the marketplace. Innovation is driven by fresh young minds looking at old problems in a new way.”

The new policies create an environment for students to immediately apply their learnings to practical problems, which will be the “biggest spark to innovation,” Shroff added.

Early-stage startups make up nearly 50% of all companies registered in Dubai, with an estimated contribution of more than 47% to the UAE’s annual GDP, according to figures from the Dubai Statistics Centre, validating the emirate’s appeal as a global hub for entrepreneurship, knowledge transfer, and innovation.

Siama Qadar, Chief Financial Officer at Dubai’s Ento Capital Management, added that the initiative encourages students to jump forward with their ideas rather than worry about business setup formalities.

“Young adults will be able to freely communicate their ideas knowing they have legality and government support all covered,” she explained in an interview.

This, in turn, will lead the startup sector to “flourish with fresh, original ideas” and create a deep digital and service footprint, she said. “New pioneering inventions will lead the market of the UAE. Young adults will be the creation of legacy but also the reason for new future generations to advance in further development at an accelerated pace.”

‘Nucleus for building the future’

Dr. Mansoor Al Awar, Chancellor of HBMSU, said in the press statement that the free zone strategy has received a great deal of extensive discussions, receiving widespread praise for the key role played by the university as a “nucleus” for building the future.

An Innovation Center, which is to be positioned as a strategic link between the key elements of HBMSU and the specialized resources of its partners from both the public and private sectors as well as international companies headed by Signify, will conduct applied research and specialized projects to come up with real solutions for the local and international business community.

“Any successful outputs can be co-owned by the class and university,” she said. “And if the industry wants to use them they can be offered back on a royalty basis which will further incentivize an innovation culture for all, thereby driving economic value for industry, rewarding the innovators, and developing leaders that will be positive contributors to society.”

Ento’s Qadar cautions however that, in addition to industry and free zone partnerships, universities also need to establish well-thought support systems for students that include mentorship and coaching.

“A governance system should also be in place within the free zone and universities – a control and monitoring mechanism to be in favor of the students total well being, so they can manage psychological problems and concerns that will arise with the fast pace new world they have entered into,” Qadar said.

“Many of these businesses need investment – investment not only in the form of money, but mentorship, connections, tools and resources, beta clients… and this is what a university can do best since they have the ability to provide all of this,” he said in an interview.