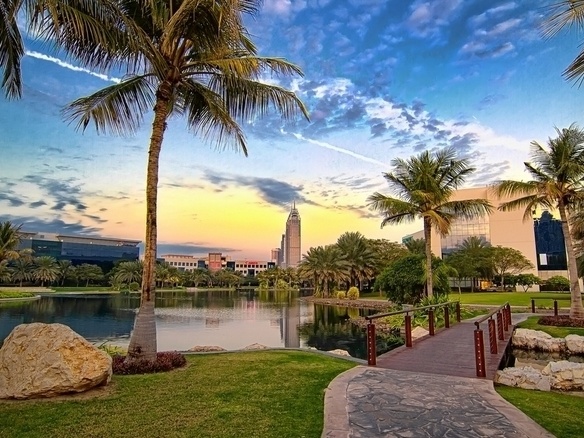 Dubai's successful home-grown technology startups will remain takeover targets for multinational giants, thanks to the strong ecosystem provided to them by the different free zones and the Dubai International Financial Centre, according to Ammar Al Malik, managing director of Dubai Internet City.

"There are a lot of successful startups in Dubai Internet City because of the ecosystem that we have built over the years. This trend of global firms acquiring local firms will continue; there will be a pockets of technology where big corporates will be interested," Al Malik said in an interview recently.

He said the entry of multinational giants into Dubai acquisition is a testament of growth to the startup industry in Dubai. So far, DIC has received Dh17 billion worth of investments over the last 20 years, including the Uber-Careem and Amazon-Souq deals.

"Dubai is the Silicon Valley of the Middle East because it has all these elements including in this perfect geography. Hence, the entry of multinationals will continue to happen in the future," he said.

He noted that there are very few unicorns that can be counted on fingers.

"My hope is that the number of unicorns go beyond counting on our hands and this is our short-term view. We believe this region has so much potential. If you open doors and give young people opportunities, there will be many more unicorns here," Al Malik told Khaleej Times recently.

Magnus Olsson, managing director of Careem, said recently at Gitex Technology Week that funding, infrastructure and mindsets were the main challenges they faced while building the company.

"The good news is that it is changing. now, there are so many venture capital firms, angel investors and government entities investing as well.. people are opening their cheque books for startups now," he said.

Omar Momany, head of corporate and M&A for the UAE at Baker McKenzie Habib Al Mulla, said there is no question that Dubai, with its innovation agenda and rapidly-developing economic free zones, has proven to and will continue to attract global investments particularly in the tech and SME sectors.

"Dubai's legal infrastructure enhanced by recent foreign investment reforms and its position as a regional hub effectively facilitate any acquisition by or combination with a multinational, which looks to acquire digitally driven businesses in Dubai and to grow the combined business across the Middle East," Momany said.

He said the mergers and acquisition markets, particularly in Saudi Arabia and the UAE, have remained buoyant this year.