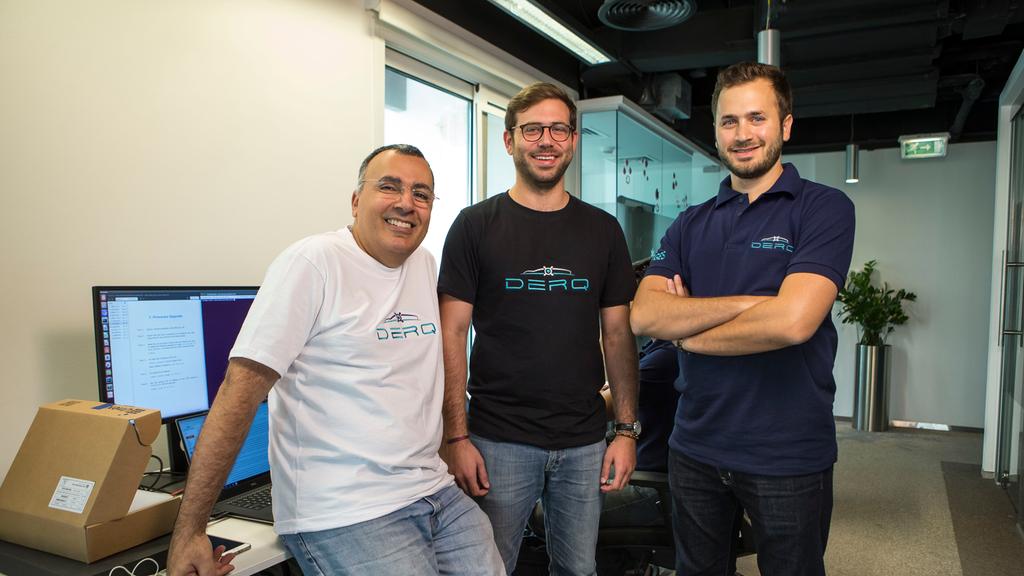 An early-warning crash detector that would alert drivers to hazards and erratic road users around them is being developed cut road deaths.

It would then send messages to surrounding cars that were fitted with an on board partner device to be on alert.

The intention is to give motorists a crucial two second warning that could stop a collision from happening.

“GCC road safety is a big problem and this is a difficult problem to solve. The technology uses artificial intelligence (AI) coupled with connected vehicle technology to prevent car accidents," said Dr Georges Aoude, the co-founder of Derq, a Massachusetts Institute of Technology spin-off.

The device would search for potential accidents, for example a driver that looks as if they will run a red light at a junction. It would then alert drivers approaching that they are likely to have to take urgent action.

“If we can predict this behaviour - not at the last second because that’s too late - then you would have enough time to react and avoid that accident that could have been fatal or caused injuries,” Dr Aoude said.

“We’re working with Dubai Government entities, such as the RTA, Dubai Silicon Oasis, Smart Dubai and others to find out how to implement it on Dubai’s roads, as well as car manufacturers to become part of what they need in the cars of the future.”

The PhD graduate in autonomous systems from the Massachusetts Institute of Technology, who has a patent from the institute, worked with the US Department of Transportation to develop the technology. He raised US$1 million in Middle East investment and is now commercialising it in Dubai.

“Accidents happen all the time and the government is pushing autonomous driving and smart driving here,” he said.

The number of people killed in traffic accidents increased from 675 in 2015 to 725 last year, reversing a downward trend. Almost half were caused by drivers aged between 18 and 30.

Dr Aoude and his two co-founders, Karl Jeanbart and Dr Amer AbuFadel, a PhD graduate in electrical engineering, are aiming to rolling out a six-month trial at a few intersections in Dubai soon. Their aim is to eventually cover Abu Dhabi, Saudi Arabia and outside the region.

“We are one of 11 start-ups that have been accepted at the Techstars Mobility in Detroit to test the technology and we will work with Jaguar, Ford, GM, Land Rover and Honda,” he said. “We are starting in Dubai because it’s a great place to do innovation work in that field specifically.”

Road safety experts say technology is always welcome as it plays a vital role in protecting people on the roads.

“As the UAE wants to lower its road fatality numbers from 6.1/100,000 inhabitants by the end of 2016 to 3.0/100,000 inhabitants by 2021, governmental [bodies] have a keen interest in technologies preventing fatalities,” said Thomas Edelmann, founder and managing director of Road Safety UAE. “Road traffic fatalities are the number two cause of death in the UAE and, hence, need to be tackled.”

He said there was a need to understand more about this specific technology.

“Many of the UAE's accidents are a result of driver misbehaviour - drivers must be educated and misbehaviour must be penalised. This is important in addition to advancements in technology, so we must start with ourselves and we cannot rely on technology to solve our behaviour problems.”

According to the Ministry of Interior, the top 10 causes of death are sudden swerving or abrupt lane changing, at 21 per cent, speeding, at 12 per cent, and not enough distance between cars, at 11 per cent. Others include misjudgment, lack of attention, no lane discipline and entering the road without checking if it is clear.

“This could be quite important to a country such as the UAE,” he said.

“Road accidents are a very big problem in the emirates and many new laws and monitoring systems are now in place to try to minimise accidents, which are mostly caused by a combination of inattention, distraction and recklessness.”