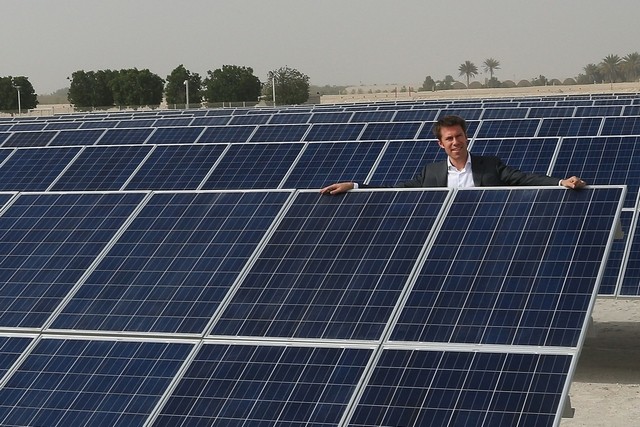 Daniel Zywietz, chief executive of Enerwhere, said that the company turned to crowdfunding as a result of a lack of avail­able bank financing for SMEs in the UAE.

"Banks aren’t providing [attractive rates] for the type of company that we are, which is young, fast-growing and without a local backer," he said. "The only offers that we saw from banks were double-digit interest rate offers which is unattractive."

Enerwhere asked for a Dh1m loan with an 18-month tenor using Beehive’s 14-day reverse auction system, where investors bid against one another to fund a company’s financial request driving down the cost of borrowing.

Within five days, the amount had been funded with a 15 per cent interest rate. However, as investors kept bidding in a show of interest for the renewable energy sector, that rate dropped by over 27 per cent by the final close with 130 investors on board with the average pledge totalling around Dh7,700.

Beehive was launched in 2014, and has helped to facilitate Dh68m in funding, according to Francesca Moore, its chief marketing officer.

While the financial facilitator makes it easier for SMEs to register, the company still uses the same credit criteria as conventional banks. Despite having 150 businesses currently listed on the site, Beehive turns down 80 per cent of the applicants.

Besides there is a growing interest in renewables on this peer-to-peer lending platform.

Anne Petersen, a Beehive investor, has been involved in the platform for two years. "I welcome the opportunity to invest some of my funds into sustainable SMEs like Enerwhere, as it means I can invest in companies that meet some of my personal values and investment criteria and it allows me the opportunity to invest in environmentally sound businesses which I found hard to do before.

"It’s good to see companies from forward thinking industries such as renewables on Beehive as I wouldn’t normally be able to invest in these outside of their platform," she said.