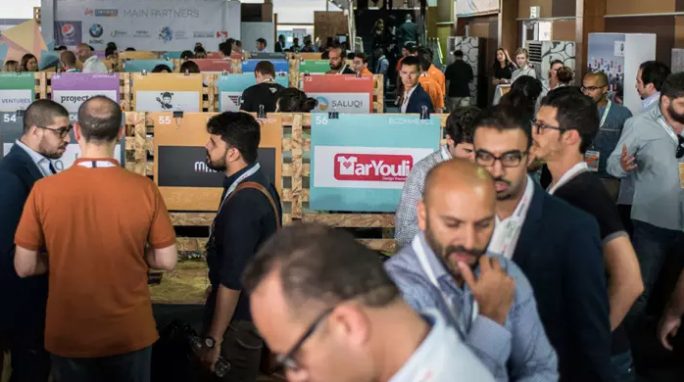 Two recent successes dominate the Middle East’s start-up landscape and are instructive about important trends in the sector. In February 2016, Dubai-based ecommerce marketplace Souq.com — which sells health and beauty products and electronic goods — became the highest-valued internet company in the Middle East.

A US investment round led to $275m of funding, giving a valuation of $1bn, according to media reports and people familiar with the deal. Souq.com lists more than 1.5m products and operates in seven countries, including Egypt and Saudi Arabia.

Then in December 2016, the ride-hailing app Careem raised $350m, led by investments from Saudi Telecom Co and Japanese ecommerce company Rakuten, in the first stage of its latest funding round, which valued it at $1bn. Careem, which launched in 2012, operates in 47 cities in 11 countries and uses 150,000 drivers. Its previous funding round raised $72m.

The two examples show how Dubai has emerged as the start-up capital of the region, buoyed by the United Arab Emirates’ 78 per cent smartphone penetration, diverse population, versatile banking products and strong financial support services.

According to a report by MAGNiTT, a Dubai-based website aimed at entrepreneurs and investors, the UAE leads Mena as home to 42 per cent of its start-ups, followed by Egypt (12 per cent), Lebanon (9 per cent) and Jordan (8 per cent). The report excludes Israel from its calculations.

Funding for start-ups has grown steadily in the Mena region in the last three years. According to another report by MAGNiTT, the average investment has grown from $0.8m in 2014 to $2.8m in 2016 (excluding Careem and Souq).

Since 2015, the governments of Qatar, the UAE and Saudi Arabia have launched start-up incubators; each is reinforced by a group of angel investors, private equity groups and crowdfunding platforms seeking to monetise Mena’s population of 424m.

“We can see the government is trying to create laws which are helpful to entrepreneurs,” says Faris al-Rashed al-Humaid, founder and chairman of Oqal, Saudi Arabia’s first angel investor network.Funding for start-ups has grown steadily in the Mena region in the last three years. According to another report by MAGNiTT, the average investment has grown from $0.8m in 2014 to $2.8m in 2016 (excluding Careem and Souq).

Since 2015, the governments of Qatar, the UAE and Saudi Arabia have launched start-up incubators; each is reinforced by a group of angel investors, private equity groups and crowdfunding platforms seeking to monetise Mena’s population of 424m.

“We can see the government is trying to create laws which are helpful to entrepreneurs,” says Faris al-Rashed al-Humaid, founder and chairman of Oqal, Saudi Arabia’s first angel investor network.

Launched in 2011, Oqal has 350 members and 28m riyals ($7.5m) invested in 30 companies. “Our main issue is a lack of investment from banks. Banks currently only allocate 2 per cent of their money to SMEs [small and medium-sized enterprises]. I think that should be closer to 20 per cent.”

Others think government-backed accelerators like StartAD in Abu Dhabi and Dubai Future Accelerators will make creating or investing in a start-up much more common.

“The government here is rapidly promoting the growth of start-ups and SMEs,” says Zoe Blakemore, a co-founder of Support Legal, a UAE-based website due to start this week, which offers legal services to entrepreneurs and emerging companies in the region.

Her co-founder, Patrick Rogers, agrees: “Once the structures are in place for shares options or equity, investors will find it easier to navigate the system.”

A report published by Dubai SME, an offshoot of Dubai’s Department of Economic Development, showed the value of early-stage equity investments in Dubai in 2014 amounted to $30m, split between 35 angel investors, three incubators or accelerators and 13 venture capital firms.

Data show that investors living in the tax-free regions of the Gulf are likely to commit more to start-ups than in the US, although in companies with similar valuations. An angel investor in Dubai spends an average of $65,000 on each deal for a 20 per cent stake, compared to an average $30,000 commitment in the US, for 10 per cent.

According to a number of entrepreneurs and investors, large and well established companies like the Dubai-based venture funds Wamda Capital and Beco Capital and Jordan’s Oasis500 are still the most sought-after investors.

In 2015, Wamda Capital, which also has offices in Amman and Beirut, announced the launch of a new $75m investment fund. Wamda Mena Ventures is the largest of its kind in the region and has attracted investment from, among others, the International Finance Corporation.

Dubai is also home to smaller crowdfunding platforms like Eureeca and angel investment sites like Venture Souq, Envestors, Women’s Angel Investment Network and Womena, which are aimed at novice and seasoned entrepreneurs.

A lack of government oversight, however, creates uncertainty. There is currently no mechanism in the UAE to review the qualifications of investors or start-up entrepreneurs beyond their liquidity. The same lack of regulation also exists in countries like Saudi Arabia, Lebanon and Jordan. A new bankruptcy law in the UAE has yet to be tested.

“It is a little bit complicated,” agrees Philip Bahoshy, the founder of MAGNiTT. “The lack of regulation around insolvency and foreign direct ownership of companies doesn’t always make people comfortable. There’s also the geopolitical risk in some parts of the region. Scaling up to expand to other countries is costly and can take up to 12 months.”

Ammar Mardawi, the co-founder and chief executive of Yaqut, a “freemium” Arabic ebook store which is largely free except at the high end, agrees: “We are optimistic, but I believe the Mena region is one of the most fragmented in rules and regulations and currencies and different products. This can lead to a number of complications.” Yaqut has over 160,000 monthly active users and is the most popular Arab-language ebook app on Google Play, according to its listing in the store.

Moving between countries is particularly problematic. “What works in the Gulf might not work in Egypt,” Mr Mardawi continues. “In cities like Dubai, electronic payments are part of the landscape. In Egypt, cash on delivery is the only payment method which exists.” These additional challenges can put off investors, leading to more demand for capital than supply, he says.

One common request from those seeking to secure their investments is to ask entrepreneurs to register their businesses in familiar offshore locations like the British Virgin Islands or the Cayman Islands.

“You find you have to do a lot of work to get investors to help you,” says Saed Shela, the chief executive of SocialDice, a Dubai-based hiring platform which began its life in Ramallah in the West Bank. “Investment in the Middle East is not easy to find,” Mr Shela declares. “Established businesses still prefer to invest in bricks and mortar,” meaning that start-ups tend to outnumber investors.

Operators of online investment platforms want to educate those clients who have tended to restrict themselves to investing in property, perceived as a less volatile sector. “We felt the needs of investors were not being addressed,” says Sonia Weymuller, a founding partner at VentureSouq, an early-stage equity funding website which focuses on the Mena region, Africa and India.

It has 650 members — mostly professionals in their 30s and 40s — and recently held its 16th investor round-up, which introduced new start-ups to prospective investors. “There’s all these support channels for entrepreneurs,” Ms Weymuller says. “That doesn’t exist for investors. We think that will change, but it is a process.”