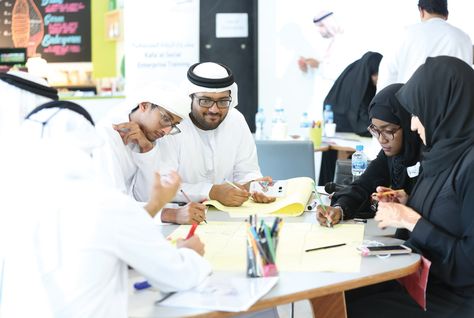 Dubai Chamber of Commerce and Industry has announced that it will launch five new initiatives in 2017 to boost start-ups and entrepreneurs.

No details about the new schemes were revealed but a senior Chamber official said in comments published by news agency WAM that efforts to foster innovation and develop Dubai’s entrepreneurial ecosystem will remain a major priority.

"With the UAE’s focus on instilling a spirit of innovation and entrepreneurship among young people under the directives of our wise leadership, Dubai Chamber is committed to supporting Dubai’s entrepreneurial community, as their success is essential to the growth of the emirate’s private sector and the wider economy," said Essa Al Zaabi, senior vice-president, Institutional Support Sector, Dubai Chamber, and general coordinator of Tejar Dubai.

Dubai Chamber said it has stepped up its efforts to support the growth of startups and entrepreneurs this year through the Tejar Dubai entrepreneurship development programme, as well as the DubaiStartUpHub platform and the Dubai Smartpreneur Competition.

Tejar Dubai received 28 business ideas over the course of the year, of which 14 were approved by a panel of judges.

Nine commercial projects were launched during the same period, bringing the total number of businesses established to date to 25.

Under the programme, 20 workshops and training sessions were held in 2016, attracting 800 participants.

Since its launch in 2013, Tejar Dubai has helped secure AED10 million in funding for programme participants through partnerships and agreements with banks and financial institutions.

Al Zaabi said that new initiatives launched by the Chamber have complemented the Chamber’s efforts to foster a supportive environment for entrepreneurs, helping them realise their potential by providing the right platforms, technologies, training, mentoring and financial incentives.

Tejar Dubai, launched by Dubai Chamber, offers a specialised programme and platform for Emirati youth to help them establish their own small-to-medium-sized businesses.

It provides them access to an extensive development programme, including classroom learning, on-site training, mentoring and business advice, as well as networking opportunities with local and international business leaders and access to investment capital.