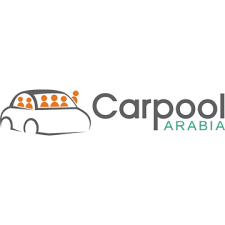 Dubai-based start-up Carpool Arabia has secured $350,000 in its latest fundraising round

Dubai-based start-up Carpool Arabia has secured $350,000 in its latest fundraising round, it announced this week.

It comes as global car hire app Uber continues talks with Dubai’s Roads and Transport Authority (RTA) over launching a similar “carpooling” venture in the UAE.

Uber this week launched its uberCOMMUTE carpooling service in Chengdu, China, in response to rising demand.

Carpooling enables people to split the cost of journeys with others going to or from the same place.

Uber’s Middle East and North Africa general manager Jambu Palaniappan claimed in an interview with Arabian Business last month that efficiencies would be achieved for both the driver, who would potentially never be without multiple passengers in the car; the passenger, who would pay for their leg of the journey at a discounted price, and cities, many of which are heavily congested and would benefit from fewer cars on the road at once.

Uber said this week it chose Chengdu to launch the new service in response to “tremendous appetite amongst Chinese drivers and riders for creative new ways to get from A to B, affordably and reliably.”

The investment was secured following publication of the company’s growth figures, which showed that the number of Carpool Arabia users had grown by 21 percent month-on-month since its inception last February and the number of transacted seats experienced 20 percent growth over the same period.

Carpool Arabia now intends to expand its operations in Dubai and beyond, it said in a statement.

“This investment is excellent news for us as a company as well as for Dubai’s many commuters looking for the best way to get to and from work,” said Benjamin de Terssac, founder and chief driver at Carpool Arabia.

“The stake will be used to launch our Carpool Arabia app before the end of the year and to roll out a proper marketing campaign that will advertise our services across the emirate.”

He added: “It is clear that there are many investors both across the region and abroad who are looking for opportunities in the form of good business ideas.”

Dubai-based start-up Carpool Arabia has secured $350,000 in its latest fundraising round