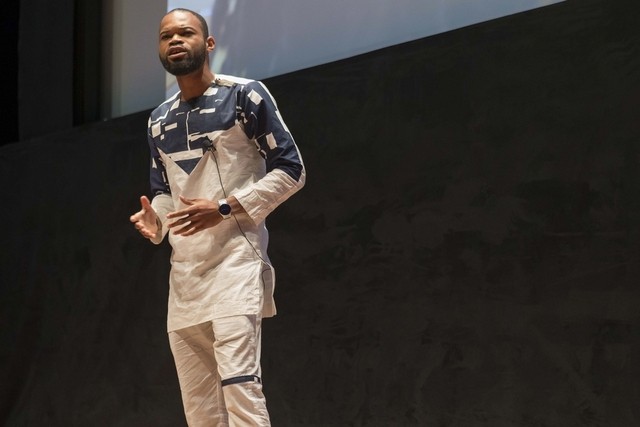 Henry Mascot, a Nigerian software developer, knows all too well the tragedies that can arise from a medical system that is dependent on handwritten pat­ient files. He recalls the case of Chiquet, an acquaintance he made in a Nigerian hospital clinic two years ago.

"Chiquet was prescribed the antidepressant fluoxetine, and this was documented on his paper file," says Mr Mascot, 27. "He came back a couple of days later complaining of pain and met a different doctor at the same hospital. Because Chiquet’s medical records were not easily accessible, the doctor gave him tramadol, which you should never take with fluoxetine, because it can cause a rare but serious condition called serotonin syndrome. Chique died six weeks later."

In Nigeria, 95 per cent of the country’s 182 million medical patients’ records are still stored on paper. "There is as yet no adequate solution to help these facilities move away from ­paper," says Mr Mascot. "Existing medical records systems are not suitable for the Nigerian market, and they’re too complex to adopt."

Realising this was a problem that could be solved with the right technology, Mr Mascot built up a software control panel, which would enable healthcare clinics to access records offline. He then launched Curacel to sell his idea. But taking his business to the next step required funding. Last October, while browsing online, Mr Mascot came across Dubai 100, an intensive 100-day accelerator programme held in Dubai that was looking for digital health start-ups.

Mr Mascot decided he had nothing to lose. After a series of five Skype interviews, Curacel became one of six start-ups picked from 150 applications for the 2017 programme. Dubai 100’s head, Roland Daher, explains he was looking for teams "working on big problems, which they can solve with their technology".

"But they also had to be approachable and ready to take different perspectives, think on a bigger scale, and use Dubai as a platform," he says.

Mr Mascot flew to Dubai in January and spent the next 100 days in four intensive boot camps, along with the founders of five other healthcare start-ups from China, the UK, Singapore, the US and Germany.

Mr Daher explains that Dubai 100 gives start-ups the chance to assess to what extent their opportunity is real. "A lot of people get amazing ideas, but they don’t work clinically," he says. "To spend three years working on something that isn’t marketable is a terrible loss of talent. This programme helps them validate early on the viability of their businesses."

The founders of the British start-up GripAble have devised a portable hand-grip device to improve rehabilitation for patients with upper-limb function difficulties, such as paralysis after a stroke. It includes a gamified element to keep the patients motivated. "I spent the last seven years working on neurology wards, seeing how patients with physical disabilities have to force themselves to perform therapy," says Grip­Able’s co-founder, the clinical neuroscientist Paul Rinne. "Pat­ients need to do exercise, but the current equipment is just too boring to use. GripAble is flexible, like squeezing a stress ball, and allows an all-in-one assessment and rehabilitation. It connects wirelessly to a mobile app through which patients play a fun therapy game, so patients get excited about their therapy."

During their 100 days in Dubai, the GripAble team tested their devices in five different rehabilitation institutes. "I’m proud to say that after feedback, all these institutes have now signed up to be pilot sites," he says.

In April, when the programme was complete, the entrepreneurs gave five-minute pitches to investors at Mohammed bin Rashid Medical Academic Centre in Dubai Healthcare City.

Among the investors was ­Majed Al Suwaidi, the managing director of Dubai Media City, Dubai Studio City and Dubai Production City. He was particularly interested in AEvice Health, a Singaporean start-up developing a wearable medical device to diagnose asthma earlier. "This is a very interesting device, as it gives more peace of mind to parents," he says. "As an investor, I’m thinking about what would work in the UAE – that is standard. What’s the next big thing that is small today but could disrupt an industry? Some other company may have a similar idea, but it’s about how fast you can take your idea to the market." The hard work in Dubai has paid off for some. GripAble has been awarded a US$700,000 grant from Innovate UK. "We also have commitments for a $200,000 equity seed round since returning to the UK," says Dr Rinne.

Mr Mascot, meanwhile, is still looking for investors to part with $100,000 to scale his business. But he enjoyed his time in Dubai.

"Living in Dubai was awesome because everything works," he says. "There is always power, which is part of the problem we’re trying to solve with our software, because in Nigeria you can’t rely on the power network."