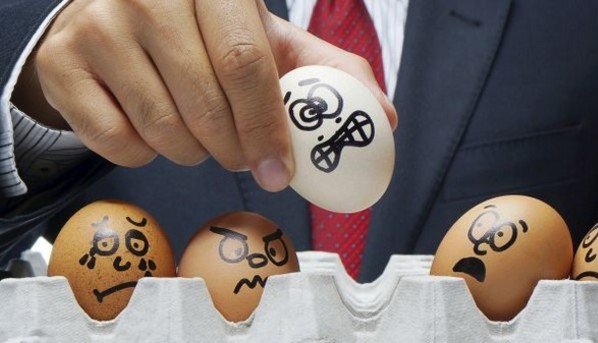 Don’t hire a CEO if you can rent one.

Most start-ups are funded by personal savings, family and friends contributions, eventually by seed money from an angel investor or an accelerator program. With cash flow high on the agenda, longer-term investments are often set aside to the benefit of short-term expenses; don’t buy if you can rent. At the early stages of a start-up it usually makes sense because utilization of resources are not justified. This would apply as much to equipment as it does to personnel. Do you need full time marketing teams and IT teams from the onset?

Your core team is solid, you know what you want, and you have a clear vision for your company. One guy is brilliant at marketing, the other is a technical guru, and you’re a brilliant leader. You can manage the load; you’re tough. So why would you even think of replacing yourself? It’s your idea, your baby! On top of that, you are accepted in an accelerator program and they are providing the seed money. They have an amazing team of experts and mentors. The truth is, sometimes, you don’t need a CEO.

But sometimes you do.

All the fun of building a company happens during the early stages: building the product, innovating, solving problems, creating a unique business model, and envisioning the future. You’re like a god in your own microcosm. Then, all of a sudden, the company starts growing, there are simply too many things to do, and the focus shifts away from the fun part into the boring necessities of running a company: procedures, policies, human resources, and daily meetings focused on organizing other people… It’s essentially a matter of your focus versus what the company really needs. It’s a tough decision.

A successful early growth CEO will be focused on shifting the focus away from people linked roles to function driven positions as needed by the phase in which the company is. He’s gearing up for 1’000 employees and needs to set up all the procedures, roles, resources, and plan for near future needs, keep an eye on the market, provide leadership across all functions. A lot of the remaining activities are dumped in the lap of a COO who can make it happen.

Another point to ponder, as the start-up gains traction, is that eventually you will need more funds to trigger growth. This usually involves VC’s or PE firms who will require some equity in exchange for their money. Unfortunately, there are cases when they will want to place their own CEO in the company. Over time the founders can find themselves in the unfortunate situation of being ousted from their own companies. Given the choice I’d rather have the CEO on my side.

Timing is everything they say. It really depends on the particulars of your start-up, the timeline you envision for your first round of funding (or the second one), and the time it would take to find the perfect CEO to take on the challenge of shaping the company for the future. Somewhere in that dynamic arena there is a slot for an interim CEO.

He’s likely to be seriously over-qualified for the immediate role but he’s also able to deliver on pre-defined objectives quickly because he’s been there before and doesn’t need much time to start implementing (near zero learning curve). He can also join the team within weeks instead of months. He’s an expert, he’s objective, he finds solutions and implements them, and he won’t waste time “holding the fort”: the faster he reaches the agreed goals, the faster he’s paid. Finally he’s put himself in a position where he must succeed because his reputation is on the line.

Critical to his success are his leadership skills. The existing team knows that he’s here for a short period of time (usually less than a year) so he must earn acceptance by the team and prove his expertise. If he doesn’t then he won’t achieve the goals and objectives that are part of his contract.

Bringing in a CEO is a tough decision for the founding members of a company, but one that is proven to maximize the value of their equity over time. One study conducted by the Harvard Business School shows that entrepreneurial involvement at CEO level and at Board level contributes to lowering the value of their equity stake. Below is a link to Noam Wasserman’s study.

Companies have several defining moments in their lifecycle. Some would say they even have several founding moments. Whether a CEO is brought in for the long run, or just to kick-start growth, it may be worthwhile to take a closer look at what your entrepreneurial drive is and if it is compatible with the needs of the company. There are no clear-cut answers and examples can be found for pros and cons. Founder-CEO’s are a very rare breed: how many Bill gates, Steve Jobs and Pierre Omidyar’s are there? I’d like to think myself as one of them, but let’s face it; I’m not (yet?).

“We are currently not planning on conquering the world.” - Sergey Brin, co-founder of Google.

Not always, but sometimes, it’s the best thing to do for your pocket and your sanity.