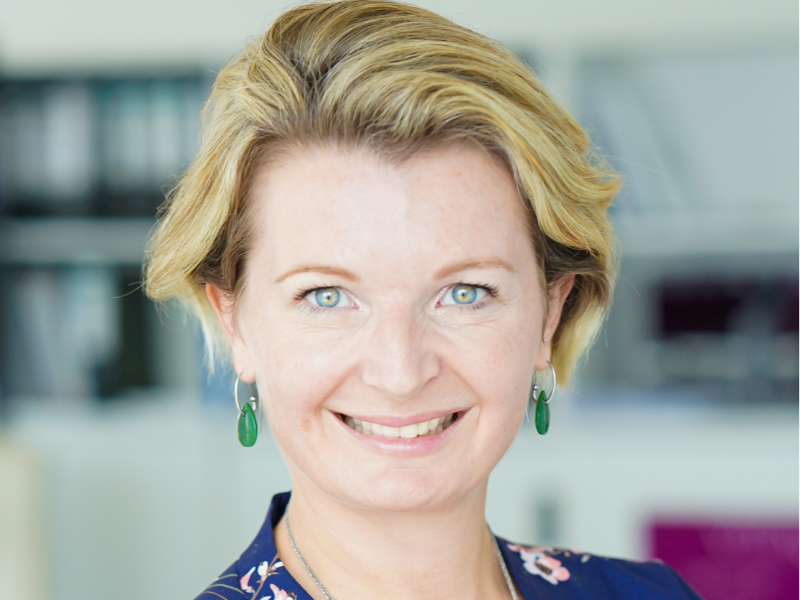 Raising external finance has repeatedly been identified as additionally challenging for women business owners and whether or not female-led startups receive fair access to investment opportunities is an ongoing debate.

Connect with Vitality or Amanda Perry directly on her MAGNiTT profile.

The starkest evidence comes from the funding gap between female and male-led ventures. In Europe, 93% of all venture capital goes to all-male founding teams, and just 6% of VC-backed firms are led by a woman. In the US, wholly women-owned businesses receive just 2.3% of the $131 billion extended by venture capitalists every year. One UK study found that firms that are led entirely by women receive less than one pence of every GBP £1 invested by venture capital firms. And, it seems that this pattern is replicated all over the globe.

Based on surveys and interviews with women business leaders across Europe, Asia, and the Middle East, a recent study by HSBC revealed that more than one-third of women founders experience bias when seeking to raise funds to support their business (the survey focused on individuals who had secured or were in the process of securing at least £100K from investors).

Evidence from the Middle East and North Africa (MENA) region specifically is more promising – the HSBC report points out that women entrepreneurs in the UAE were among the groups to secure the highest proportion of their target investment (45% successfully achieved their capital target), and MAGNiTT data shows that in 2019, the proportion of total funding that went to women-led startups in the MENA region was double that directed to ventures led by women in the USA. However, it is still the case that 31% of UAE women entrepreneurs suspect that investors are prejudiced against them because of their gender. The potential bias aimed at women-led businesses from venture investors translates into women founders leveraging, on average, 5% less capital than their male counterparts.

While it may seem minor, this disparity is in fact, highly significant. Analyses have shown that capital endowments at startups are strongly associated with the value of assets, number of employees and revenues later in the life of the business, and undercapitalization is said to be the greatest cause of business failure amongst small firms.

Evidence of gender bias extends beyond the ability to successfully secure investments, however. Some women report that venture capitalists and business angels, who are predominantly male, can be patronizing and unsympathetic towards their needs and fail to give either them or the businesses the credibility they deserve. In the HSBC study, for instance, women founders described being asked about their family circumstances and personal lives rather than their firms. Even where women are successful in raising VC funds, the gender bias continues: serial entrepreneur Giadha Aguirre de Carcer, who successfully raised USD $5M in venture capital funding for New Frontier Data (now valued at over $20M), laments that “More often than not, when my male COO accompanies me to an investor meeting, people still end up talking to him before approaching me, even when I am in the room”.

Is this behaviour justified?

Incredulously, accounts like these are often met with explanations that lay the blame firmly at the feet of women. One common explanation is that women simply don’t seek external investment at the same rates as men, either because they lack the confidence, or because they simply don't start the equivalent number of businesses. This explanation can be dispelled by a few key facts. Prominent business accelerators across the world, like the Founder Institute and MassChallenge, report that around 40% of their participants are women and in the UAE, women and men are almost equally likely to engage in entrepreneurial activity.

Furthermore, while it is true that women and men pitch differently (“where a woman describes her business as one that could potentially employ 100 people, a man goes on to pitch his “billion-dollar business”, suggests Kamal Hassan, partner at Loyal VC), and it is said that women are more likely to give up after successive rejections, even where the same type of business is pitched, women founders attract very different types of questions than men founders.

Another justification for the funding gap is that the types of business ideas that women pitch are simply not appealing to (male) investors. The vast majority of the VC pot goes to firms in sectors that offer the best risk/reward ratios – software, telecommunications, biotechnology, semiconductors, IT services and the like. These are the industries in which women are most under-represented, so it could be argued that there is a simple lack of alignment between the industries that women founders and venture capitalists prefer. CEO of Stitch Fix, Katrina Lake’s experience is telling: “I had an investor say, ‘I think you’re amazing, but I have to pick one or two board seats a year and where I feel really passionate about the business, and I don’t think I can be passionate about women’s dresses and retail.’”

Perhaps then, are women-owned businesses simply not worth investing in? In fact, research demonstrates time and time again that this is far from the case. A study from Babson College showed that VC-backed firms that include at least one woman on the leadership team tend to be valued higher during their first and last rounds of funding. Venture capitalist fund First Round reports that its investments in female-led firms outperformed its investments in all-male firms by some 63%, and where women entrepreneurs do raise capital, their firms tend to be more efficient, yielding a return on investment (ROI) that is over one-third higher than men’s firms.

The notion that venture capitalists are overlooking the multi-billion-dollar opportunity of investing in women-led firms is indeed a worry. By continuing in this way in the entrepreneurial space, venture capitalists are communicating to women that their ideas hold less value when this simply isn’t the case. More worryingly, the potential inability of venture capitalists to consider women-led firms on their own merits undermines society’s ability to generate creative and innovative solutions to its many problems. We have come far, but it’s clear that further progress still needs to be made.