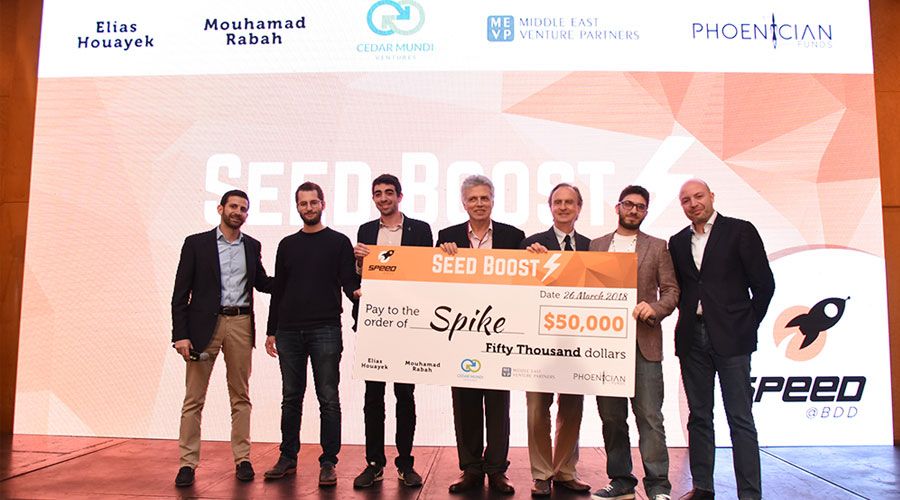 Diabetes monitoring Lebanese startup Spike, won the second edition of Speed@BDD’s Seed Boost and take back home $50,000 equity investment (five percent) which will help it further grow and develop its product in the upcoming months prior to securing the next round of investment.

Spike had pitched along with the six other startups that were part of Speed@BDD’s fifth acceleration program.

The fifth acceleration phase which began in November 2017 had started with a two-week selection program, after which seven teams were selected. Besides Spike, the other startups were: