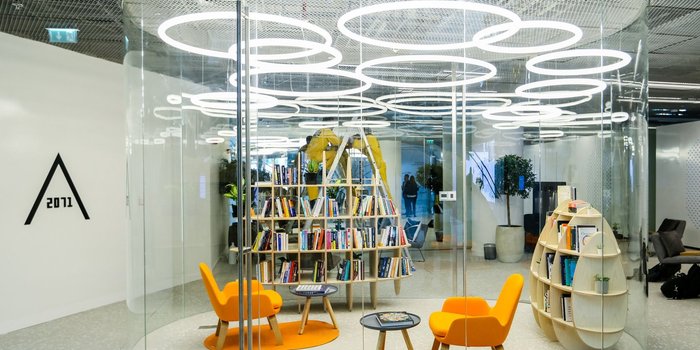 Designs On The Future: Area 2071 Aims To Make The UAE The Leading Nation In The World

By Aby Sam Thomas / Entrepreneur ME

SOURCE: Entrepreneur ME - Designs On The Future: Area 2071 Aims To Make The UAE The Leading Nation In The World

As someone who has been involved with Area 2071 ever since it was first announced in 2017, Dubai Future Foundation Deputy CEO Abdulaziz Al Jaziri remembers a meeting with a global consulting firm during the initiative’s early days, where he and his team presented its aim to be an ecosystem to “design the future.” In response, the consultants asked for a benchmark on which Area 2071 was being modeled on, and Al Jaziri and his team replied that, well, there hadn’t been anything like this done ever before in the world.

Now, this little anecdote should, I feel, serve well as an indication of the pioneering nature of this particular initiative being led by Dubai and the UAE, and why, by virtue of this factor alone, it can be hard for many among us to understand what Area 2071 is all about. With this in mind, it perhaps makes sense to go back to the origins of this initiative, which Al Jaziri says were through a speech delivered by H.H. Sheikh Mohamed Bin Zayed Al Nahyan, Abu Dhabi Crown Prince, and Deputy Supreme Commander of the UAE Armed Forces, at the conclusion of the Mohamed bin Zayed Majlis for Future Generations in early 2017. At the event, which had about 3,000 Emirati youth in attendance, Sheikh Mohamed noted how surveys had revealed that 70% of Arab youth wanted to come and live in the UAE.

“The reason is that 47 or 50 years ago, Allah blessed us with a wise leadership that laid the sound foundation and infrastructure for the launch of nation-building and development. Now, we breathe fresh air, and live a happy life. Yet, we have to make further efforts, and develop a long-term vision, and plan in a sound way to reach the set goals, and enable the coming generation to live happily and safely just like you do.” It was this idea that provided the basis for the UAE Centennial 2071 project, which H.H. Sheikh Mohammad Bin Rashid Al Maktoum, Vice President and Prime Minister of the UAE, and Ruler of Dubai, launched in March 2017 as a five-decade government plan that aims to make the UAE, by the time of the 100th anniversary of its founding in 1971, “the world’s leading nation.” 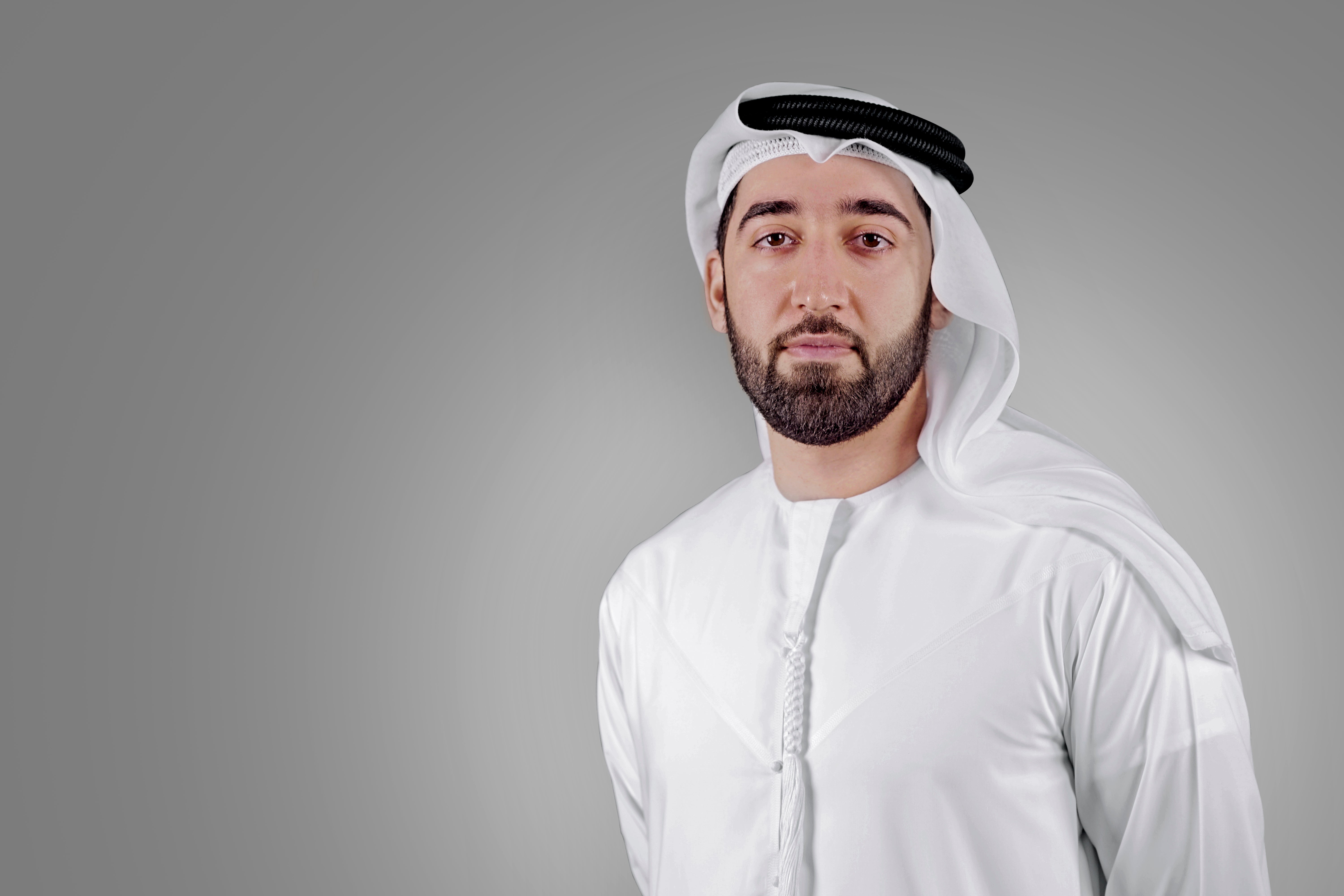 This is, of course, a deceptively simple premise, but, as an ambitious plan that’s focused on setting up future generations of the UAE with continued success and prosperity, its visionary aspect cannot be denied. But how can this actually be realized? “It’s not just about being the best at things,” Al Jaziri replies. “We truly believe that you, being the leading nation in the world, means that you have the most outsized contribution to humanity.” And it is to realize this grand dream that Area 2071 has come into being- it is, as its official website declares, “a physical manifestation of this vision, with the sole purpose of creating positive global impact.”

In terms of its actual location, Area 2071 is located at Emirates Towers in Dubai, with the first phase of the space having been officially inaugurated by Sheikh Mohammad in May this year. But describing what the space actually is remains a fairly difficult task, according to Al Jaziri. “It’s not a startup ecosystem,” he says. “It’s not an incubator. It’s not an accelerator… It’s not [just] a government play. It’s much more than that.” Indeed, having had this conversation with Al Jaziri, I have now come to the conclusion that Area 2071 is not just one of those things he has listed- it’s better described as a combination of all those things, and much, much more.

Area 2071 wants to bring together the government, private sector, youth, academia, entrepreneurs, and startups to work on how the world should be in the future. This community is thus tasked with thinking up solutions to some of the world’s most pressing questions and challenges- and this will also involve an innovative reimagining of the various sectors that will drive the future, such as education, transport, healthcare, etc. “What Area 2071 is trying to build is an ecosystem that changes with time, but an ecosystem that’s focused on solving universal challenges,” Al Jaziri says. 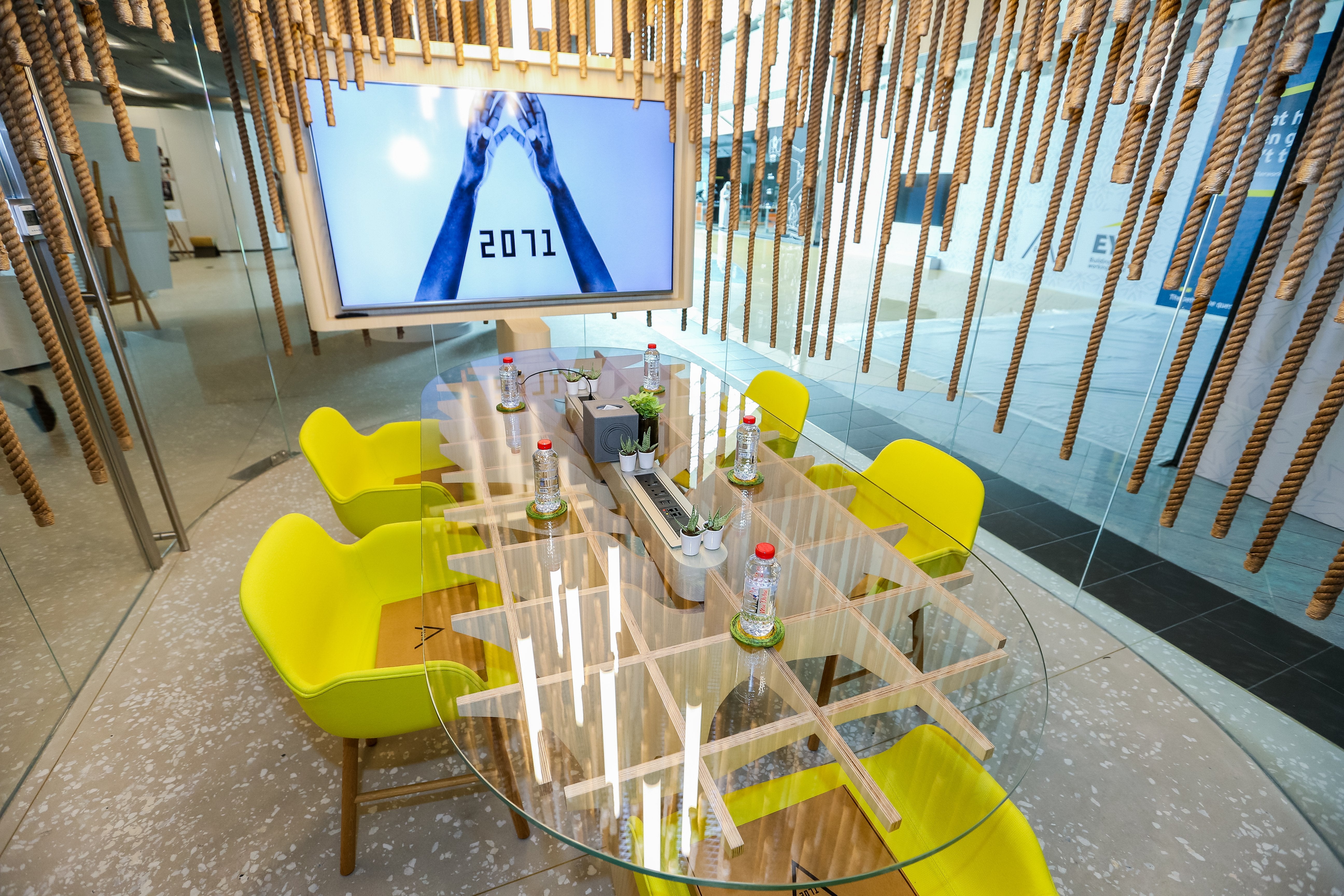 This, in turn, should explain why Area 2071 has tied up with both local and international partners to help facilitate this redesign of the world as we know it- this list of allies includes the United Nations, IBM, Proctor & Gamble, SAP, Emirates, Ernst & Young, Pfizer, Wamda Capital, GEMS Education, and other prominent entities. Its physical location at Emirates Towers is also especially significant- the office tower today plays host to everything from the Office of the Prime Minister of the UAE, to the Dubai Future Accelerators, to the Youth Hub, and much, much more. Now, all of these different entities at Area 2071 are here to reimagine either themselves or their respective industries- but that doesn’t mean they are going to be working in isolation either.

Under the umbrella of Area 2071, the common location at the Emirates Towers Boulevard means that all of the different players housed there will now be walking distance away from each other, which will allow for collisions between the entities to happen –sometimes in a literal sense- that will enable the collaborative aspect envisioned for this space. “So, if a startup [at Area 2071] needs to work with a government entity, or if it needs to work with a private sector entity, they can just walk towards them,” Al Jaziri notes. “What I really love about this -and I hear it from our partners; I don’t hear it from my team- is [hearing] that GEMS going to SAP, or Pfizer, or Ernst & Young, and saying how can we work collaboratively.

Designs On The Future: Area 2071 Aims To Make The UAE The Leading Nation In The World