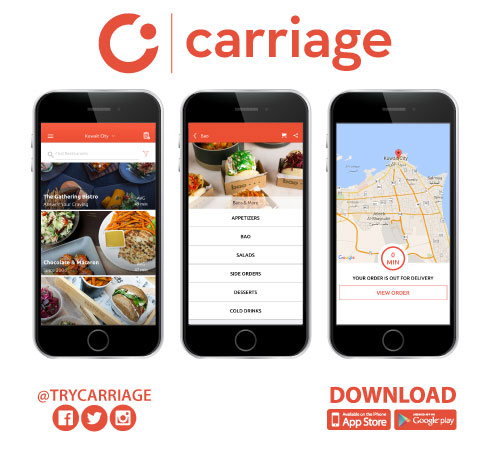 May 29 Online food takeaway firm Delivery Hero, which sources have said is considering a flotation imminently, has agreed to buy Middle East food delivery platform Carriage, the latest in a series of technology deals in the region.

Chief Executive Niklas Ostberg said in a statement on Monday that Kuwait-based Carriage, which operates in the Gulf Council countries, would strengthen Delivery Hero's foothold in a region with "significant growth potential".

The deal comes after Dubai's Emaar Malls announced last week it will buy a 51 percent stake in e-commerce fashion website Namshi from Global Fashion Group (GFG), a firm set up by Rocket Internet and Sweden's Kinnevik.