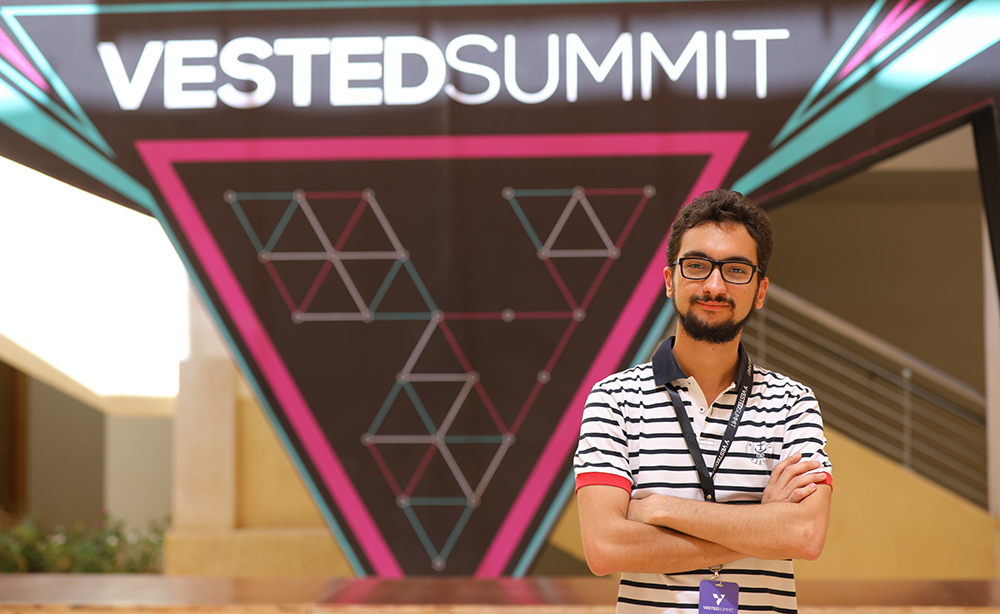 By Leena Eldeeb / Startup Scene ME

SOURCE: Startup Scene ME - A Day In The Life Of Egypt's 20-year-old Blockchain Entrepreneur

Sitting on the bamboo chairs of the Greek Campus at the heart of Cairo, 20-year-old Nour Haridy looked at the voice recorder I was using for the interview and it took an instant to get the conversation started about the institutional skepticism the surrounds technology. I told him that voice recorders like the one I own were banned from being sold here because they had a USB port; I knew this from the store manager of one of the electronic stores in Cairo; but that wasn't really new to Haridy, a fresh high school graduate, who took a gap year to establish Lamarkaz and embark on a journey to decentralise the world's banking system through blockchain.

"What is happening with blockchain now has happened before;" Haridy tells me. "This particular early adoption stage has happened with many technologies multiple times before, including the worldwide web. Even here in Egypt, when the internet first gained worldwide adoption, everyone was concerned about its security implications and afraid of hacking. The encryption of information wasn’t a big thing back then," he adds. It was the same for GPS, banned until 2009; "Google Street View is still banned today, because they don't want cars filming or taking pictures of people and all streets in the country," Haridy continues.

The 20-year-old entrepreneur predicts that, in 10 years, the world will be using cryptocurrency as their main form of monetary transactions. He believes that when the entire world operates this way, infusing blockchain in both micro and macro economies, there’s no way to deal with the entire world. "Especially in the case of cryptocurrency and blockchain, because we deal with value directly. If this is the way the world operated directly, then regulators and companies here will all be required to be intro-operable with the rest of the world. Otherwise the risks on the other side of not adopting it become way higher than the risks we’re afraid of now."

Blockchain right now cannot handle the entire world using it. In fact, it’s already breaking down because people are using it.

If it’s going to happen 10 years later, why regulate it and operate with it now? Haridy doesn’t want to replicate the aftermath of the "dotcom bubble" that burst in the break of the 21st century. The dotcom bubble occurred in the late 1990s and has triggered a rapid rise in equity markets, fuelled by investments in Internet-based companies. The "bubble," drove the value of equity markets to grow exponentially, with the technology-dominated NASDAQ index rising from under 1,000 to more than 5,000 between 1995 and 2000.

The Blockchain technology is as young in its development as a newborn; it lacks scalability and discrete arbitration. "Blockchain right now cannot handle the entire world using it. In fact, it’s already breaking down because people are using it," Haridy says.

His startup, Laarkaz, was founded in September 2017, driven by the mission to help accelerate blockchain worldwide adoption, by solving some of its problems. One of its first products is Dcourt, a decentralised court where people can have their conflicts resolved without a central resolver. "What we are also trying to do is to be better than central arbitrations, using tangible economic collaterals. So users would know that they are guaranteed to have a fair trial by this sum of money. So we're trying to create more resilient, more reliable conflict systems where we can have actual true justice without having to depend on a centre that tells us their verdict from their own perspective, he explains.