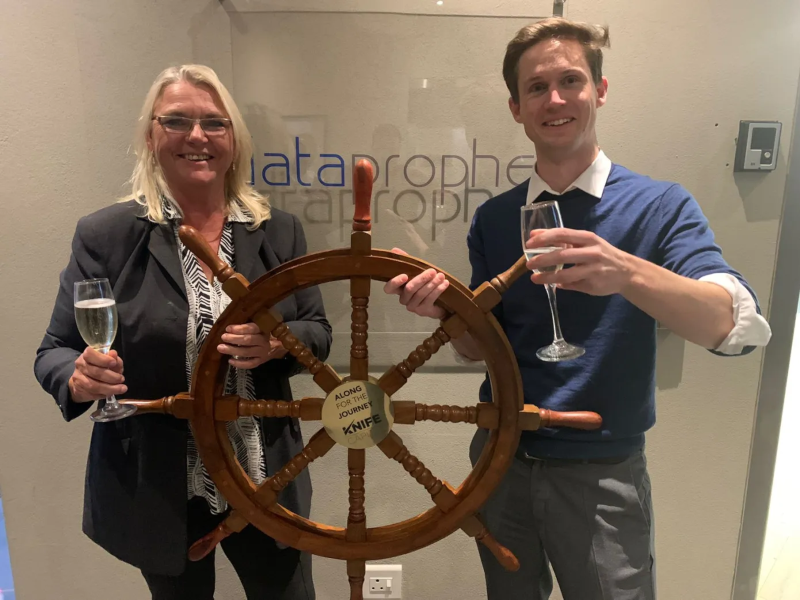 South African startup DataProphet, using artificial intelligence (AI) to help manufacturers autonomous their operations, has completed its $10M Series A round to accelerate its growth globally

AI startup DataProphet has closed a $10M Series A funding round from Knife Capital, IDC, and Norican. The startup announced the first $6M of its Series A round back in 2020, and has now closed the round with additional funding provided by Knife Capital. DataProphet was formed in 2014 when Frans Cronje and Daniel Schwartzkopff decided to use their knowledge of AI to start their own business.

The African VC ecosystem crossed the $2Bn mark in H1 being the only EVM to cross the 50% mark of last year’s total transactions. As seen in our South Africa H1 2022 Venture Investment Report, The South African VC space is gaining more and more traction as a result, sizable investments have been deployed in FinTech, IT Solutions, and Gaming including the likes of Cassava, VALR, and Carry1st. The space has also observed healthy amounts of capital being injected into Later-Stage (Series A-Series B) with FinTech Stitch recording a $21M Series A round. Deals closed in the $20M+ bracket size accounted for over 60% of the total funding.

The company’s AI-as-a-service, DataProphet PRESCRIBE, proactively prescribes changes to a manufacturing plant’s control plans to continuously optimize production without the expert human analysis typically required. Andrea Böhmert, partner at Knife Capital commented, “The optimization of manufacturing performance in the context of Smart Manufacturing is still in the early adoption cycle. The DataProphet team is world-class, as validated by the third-party recognition it receives, and as such perfectly positioned to further entrench its leadership position in this fast-growing sector.”

The funding provides DataProphet with the capital to invest further in its industrial AI product suite while facilitating targeted growth in selected geographies and manufacturing verticals. It’s also aiming to further accelerate its growth in the Americas, Europe, and Asia. Frans Cronje, CEO of DataProphet, concluded, “I am excited about the continued support DataProphet has received from Knife Capital. Going forward, we will use this additional funding to continue to accelerate and expand into new markets, build new relationships that are aligned with our machine builder strategy, and further our global expansion. Another important pillar is bringing in top talent to build on this momentum.”

Get a diagnosis of the landscape. Access real-time data on 700+ South African startups