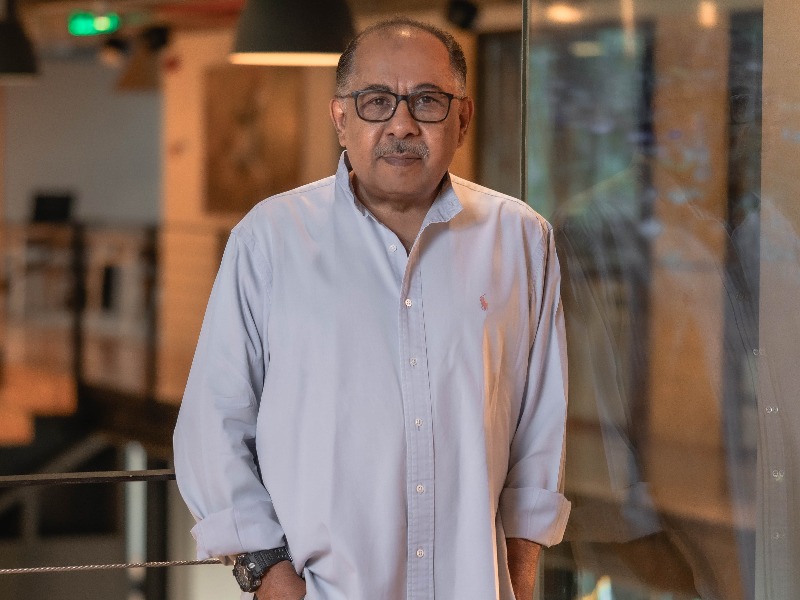 Coming of age: Crowdfunding as an alternative source of funding in MENA

Dhafer Alqahtani is an entrepreneur, strategist, and turnaround/restructuring specialist, as well as a technology evangelist advocating a hybrid ecosystem (digital-physical). Mr. Alqahtani is a veteran investment banker with over two decades of diverse and extensive experience with reputable financial institutions, family offices, and investment firms in the Arabian Gulf region, where the most recent 17 years were in the Alternative assets investments as a GP, Founder and Principal in leading executive roles.

Connect with and message Dhafer Alqahtani on his MAGNiTT profile

Last month, a MENA reward-based crowdfunding platform focusing on tech startups, BIDAYATECH officially launched in the region, to support tech startups overcome funding gaps and open funding sources to drive innovation and creativity across the Kingdom of Bahrain and the rest of the region. The inclusive platform will expand access to funding for all tech startups, and spur the financial inclusion of more startups and their founders to pursue their dreams while adding value to their communities and the economy to reach new horizons while complementing regional governmental initiatives for startup ecosystems.

Finding sources of funding has always been a predominant challenge for entrepreneurs, especially during the COVID-19 era and any economic downturn. Crowdfunding is a technology-based platform that raises funds for a project or causes through a large group of people who can sometimes respond better to the funding needs for startups. For young entrepreneurs and new startups that are looking to bring their idea or project to life and launch their first venture, usually invest from their own savings or take a loan from family and friends. According to several research reports, those were the prime sources of capital in the first few months of starting their business.

The crowdfunding market size globally was $84B as of 2018 and is expected to reach $114B by 2021, while the global growth is expected to maintain a CAGR of 16% between 2020 and 2025. In terms of the leaders in the crowdfunding market globally, the US is 42%, the UK is 11%, and Canada 5%. Six million crowdfunding campaigns were organized in just 2019, alone. In the MENA region, it has hardly reached $150M which can be seen as an insignificant share of the global market size. This clearly indicates there is plenty of room for growth in the region.

Crowdfunding as a concept

Utilizing the power of the crowd to raise funds is an old practice, where it was limited to the level of local communities all over the world. In April 2009, we saw the birth of the present crowdfunding business model on the internet through the well-known Kickstarter platform which has triggered the rise of other platforms. Gradually, crowdfunding became a global phenomenon in recent years in line with the exponential spread of availability and accessibility to the internet globally. This shift resulted in removing the barriers to transact across borders to reach the vast majority of the crowd employing the core principle of crowdfunding ‘Asking for a little money from a lot of people’. Presently, the industry is dominated by the four main types; Reward-based, Equity-based, Lending-based, and Donation-based.

Crowdfunding as a Fintech activity in the MENA region did not get the attention of the regulators until recently (2018 onwards). This was done mainly through their sandbox initiative for equity and lending platforms, while it was already well-developed globally.

We are quite early in the crowdfunding game when it comes to MENA. Much more has to be done and developed from a regulatory angle especially when it comes to participants' protections in any crowdfunding campaign regardless of the type. We need regulations that will address the major risks associated with crowdfunding mainly fraudulent campaigns, the default rate and collapse of platforms, and cybersecurity.

The major hurdle facing crowdfunding platforms in the MENA region is awareness and acceptance as an alternative funding method. In addition to the perceptions of risk for innovators, creators, and tech startups to bridge their funding gap as an alternative to traditional funding. We need to see solid initiatives that can introduce crowdfunding to the public and present it as a viable, safe, and secure funding option that is safe and where validation as well can be achieved.

A tour of Crowdfunding in the region

We have seen recent regulatory developments in several countries including Bahrain, Saudi Arabia, and the UAE.

The Central Bank Bahrain introduced crowdfunding regulations in November 2018, immediately after launching the sandbox. A legal framework was published for loan crowdfunding to conventional and Shari’ah compliant markets. There are three types of crowdfunding models that are allowed in Bahrain including equity-based (invest to gain shares), financing based (lend money to gain interest), and Shari’ah compliant (equity/finance based and lending and investing in accordance with Shariah rulings).

In short, platforms can raise funds for borrowers in Bahrain and globally as well but must be members of the Bahrain Credit Reference Bureau and adhere to KYC, FATCA reporting, AML, and Consumer Protection regulations among others. The platform must also secure cybersecurity and IT security penetration testing.

MENA is slowly becoming the new crowdfunding place to be, and we have seen steady progress in the region with several platforms set up in the last year or so. With more local regulatory frameworks and regulations under development, we will see more happening within the arena. Crowdfunding will ultimately support entrepreneurs in the region seeking to develop ventures which may otherwise have been restricted due to access to finance.

Are you a startup looking for investment? Apply for funding to 100+ investors now

Coming of age: Crowdfunding as an alternative source of funding in MENA