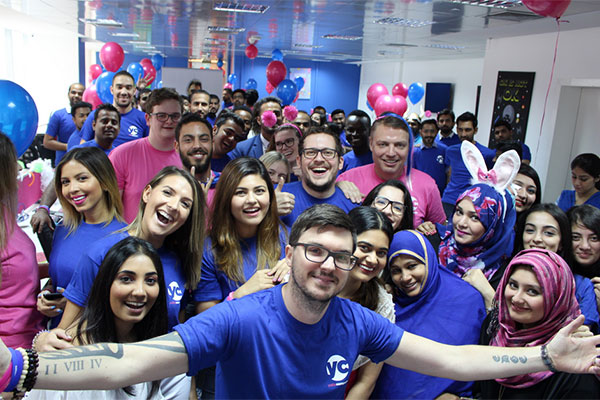 Compareit4me.com, a leading comparison site in the Middle East, has launched its brand identity. As of today (July 26), the website will be known as yallacompare. The new identity brings with it new opportunities to more closely align itself with the Middle Eastern market, while still carrying forward the home-grown, entrepreneurial spirit that has made the company so successful, a statement said. With the same young team of driven professionals, the adoption of yallacompare is the next step in a journey that has cumulatively saved UAE residents millions of dirhams, and will even allow greater savings to be brought to the wider Middle East, it added. “When we first started the company, we had no idea that it would become the business that it is today. We honestly didn’t think ahead to international growth and expansion, and we didn’t realise that what we’d built would become as successful as it has been across the Mena region,” said Jon Richards, CEO of yallacompare. “Our success outside of the UAE is what’s informed our decision to create a brand that better represents our English- and Arabic-speaking customers. Today, we compare everything from personal loans to flight tickets; we’re the largest insurance aggregator in the Middle East by a considerable margin; and we’re active in nine markets across the region. We needed an identity that better reflected these realities. “Of course, it’s risky changing your identity when you’ve already built up so much. But behind the scenes, we still have the same world-class team running things, and we still stick to our ideals of saving people time and money through sensible innovation and keeping things simple. And with an infinitely more recognisable brand name that pays homage to our Middle Eastern roots, we hope to be the go-to resource for regional consumers looking to save money on everything from insurance policies to telecoms packages,” he added. The name change comes at a critical juncture in the company’s history. Two months ago, the comparison site announced that it had raised $3.5 million of its $10 million Series B round of funding to be completed in the coming months. Once completed, this will take the total amount of investment that the company has raised to over $16 million. These latest funds have been used to expand the company’s state-of-the-art call centre, which is now housed in a new, 7,000-sq-ft office staffed by 120 employees, as well as to fund the launch of online insurance comparison in Saudi Arabia. It is intended that the new name will not only be more appealing to users in Saudi Arabia, but will also simplify the company’s operations in Middle Eastern countries outside of the UAE. “The Saudi Arabian factor was crucial in our decision to rebrand to yallacompare. In several markets around the Middle East, including Saudi, we’ve been operating under the amwalak.com brand name, as it resonated more with markets in which Arabic is the primary language. With yallacompare, we’re bringing everything together under one roof, in an easy-to-understand, powerful call to action. Do you need a financial product or insurance policy? Yalla, compare!” said Samer Chehab, COO of yallacompare. yallacompare is set to open a permanent office in Saudi Arabia in the coming months, as it begins the roll-out of online insurance comparison for Saudi consumers. That office will serve as a call centre for insurance customers needing assistance, as well as a main point of contact for the company’s Saudi banking clients. And by next year, yallacompare aims to be the first comparison site to offer online insurance comparison for consumers in Egypt