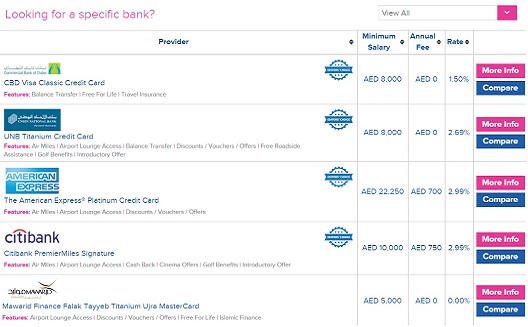 Compareit4me closes Series A round of $3M

Compareit4me, the Dubai-based price comparison site for financial products has closed a Series A round of $3 million, lead by STC Ventures.

Also participating in the round were Wamda Capital and Dubai Silicon Oasis Authority (DSO).

Founded in 2011 by Jon Richards and Samer Chehab, their services are now available in seven countries throughout the region.

On announcement of the round CEO Richards said in a statement that the investors would bring more than just money to the table. He said all three were strategically important for his company’s growth in the region.

“STC will support our KSA expansion, DSO can give us Dubai Government access and assistance, and Wamda brings a wealth of regional know-how, networks and experience,” he said.

Fadi Ghandour, chairman of Wamda Capital, said: “​Compareit4me is offering a service that is very much in demand in the region and we believe that the company is uniquely positioned to take advantage of the opportunity in the market.”

Compareit4me, already well established in the regional online financial price comparison sector, said it would use the funding to continue its rapid expansion. The brand launched in at least three new countries this year.

The startup recently moved to Qatar and also operates in the UAE, Bahrain and Kuwait. In KSA, Egypt and Lebanon it operates under the name Amwalak.com.

They are looking to move into Jordan and are growing their coverage of insurance packages.

“We have the technology in-house which allows us to give instant insurance quotes to our users based on their personal information. We plan to launch this very soon,” said Richards. “It is estimated that around 900,000 car policies are sold each year just in the UAE. Our technology is Arabic-ready so we plan to launch regionally.”

Despite the comparison industry in the Middle East still being very new, compareit4me says it is already generating more than 45,000 finance applications each month across the region. According to Richards, most people take the products they apply for.

Compareit4me has been previously covered on Wamda, alongside a number of other players including Moneycamel, Souqalmal, and Bayzat.

Richards told Wamda the company was slow to raise money.

He believed they bootstrapped for too long after creating compareit4me back in 2011, while he and Chehab, the COO, were still in full employment at propertyfinder.ae.

They work with over 40 banks in the region and have 11 employees. In the UAE alone, they say they typically process about 25,000 applications a month.

Working evenings and weekends, while still in full employment, they didn’t commercialize the site or generate income from it until 2013. Chehab went full time on the project and in 2014,  when they received a round of angel investment led by Mulverhill Associates, Richards also joined full time.

Compareit4me closes Series A round of $3M