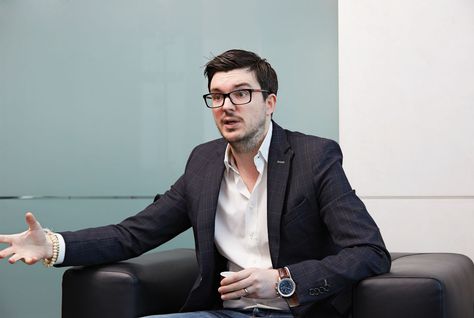 Compareit4me, a Dubai-headquartered financial comparison website, has received a total of $2.4 million in investment through its latest round of bridge funding. The round was secured by the company’s existing investors Wamda Capital, STC Ventures and Dubai Silicon Oasis Authority.

This comes less than a year after they invested $3 million in the company’s Series A funding, taking the total amount that it has raised to date to almost $6 million.

In addition, the future growth of the company has also been supported by SANED, an independently managed venture capital fund that invests in early-stage MENA companies, Mulverhill Associates, an investment organisation that originally backed comparite4me as an angel investor, and a number of private investors.

In a statement released today, founder and CEO Jon Richards said that the knowledge and expertise of their new investors will help compareit4me further disrupt the way that insurance is distributed in the MENA region.

“Given that the business is transactional, it creates the same opportunities and challenges as other e-commerce sites. These are very exciting times for the business. In the first half of 2016, we saw revenues grow approximately 2.5 times, and since our insurance business launched in March, we have already sold close to $2 million in policies, and it is growing at 80 percent per month.”

The sum, which more than doubled the $1 million that the company set out to achieve, will be used to build out compareit4me’s recently launched and fast-growing insurance business in the UAE, and will also help fund its aggressive expansion plans across the region.

“With users now able to compare 10 insurers and over 25 products, it is clear that we are the destination of choice for the Middle East’s financially savvy consumers. We are delivering on our core value of improving transparency in the Middle East,” added Samer Chehab, COO at compareit4me.com.

“We’ll soon see an even bigger push into the Saudi Arabian market, while our range of products for the UAE will be dramatically expanded. Expect some huge announcements from us in the coming months.”

Commenting on the investment, Khaled Talhouni, managing partner at Wamda Capital, said: “We remain impressed with the performance of compareit4me, and the business’ ability to grow in the UAE and across the region. This follow-on investment is a testament to our belief in the founders and the future potential of the company.”

compareit4me.com allows users to compare finance and banking products from around the Middle East.