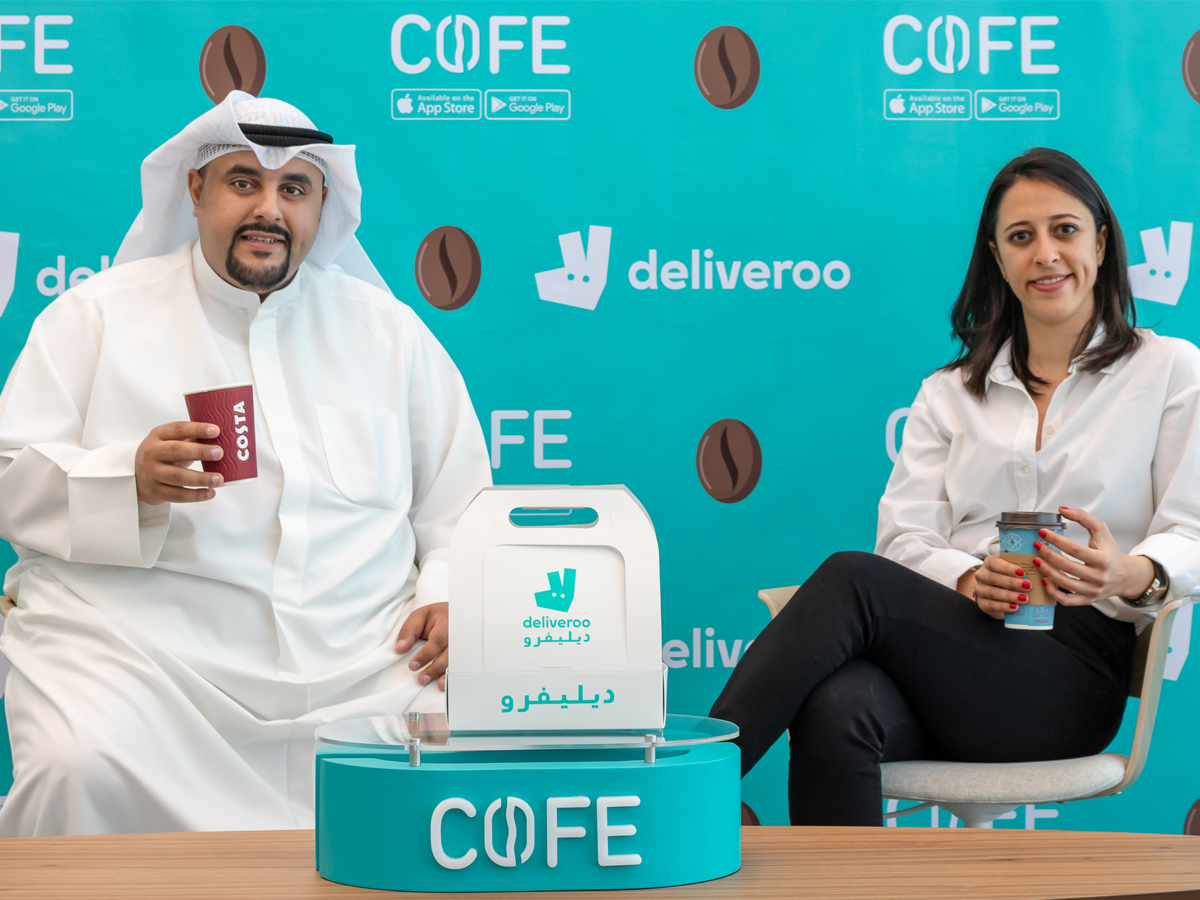 Coffee on demand! COFE App signs an exclusive partnership deal with Deliveroo as it looks to offer its customers a better experience and faster delivery services

- Rolled out in Kuwait initially, followed by UAE, KSA and the region in phases

Kuwait, May 11, 2019: COFE App, the online coffee-centric marketplace app announced today that it has signed an exclusive partnership with Deliveroo to offer its customers a better, seamless experience and faster delivery services by utilizing Deliveroo’s advanced logistics capabilities.

The agreement enables both companies to scale to new markets together by relying on the strengths of both companies. The collaboration will roll out first in Kuwait and followed by the UAE, KSA, and eventually the rest of the Middle East and North Africa (MENA) region.

COFE App Founder and CEO Ali Al Ebrahim said, “We are honored to be partnering with Deliveroo; a globally renowned for its innovation and efficiency. However, the significance of today’s deal extends beyond its impact on COFE and Deliveroo. Today’s deal is a partnership between a global leader (Deliveroo) and a local innovator (COFE) who agreed to complement each other’s businesses and work together to enter new markets across the Middle East, starting with Kuwait, then the UAE, Saudi Arabia. Today’s deal ushers the Middle East’s apps sector into a new phase of development and cross-border collaboration. Today’s deal is a stepping stone towards turning the MENA region into a single market for the app world, and a milestone in the growth and development of MENA’s app business.”

Deliveroo UAE General Manager Anis Harb said, “At Deliveroo we want to bring our customers their favorite food and drink, whenever they want, so we’re excited to partner with COFE App and bring them their much-loved coffee on demand.”

Deliveroo Kuwait General Manager Seham AlHusaini said, “With an impressive tech infrastructure and an ever-growing consumer base, we’re thrilled to be partnering with one of the region’s most innovative tech start-ups. The integration ensures our customers continue to have the best service for their coffee deliveries.”

Founded in 2013, Deliveroo is the fastest growing European startup for online food delivery services. Based in London, the company operates in two hundred cities in the United Kingdom, the Netherlands, France, Germany, Belgium, Ireland, Spain, Italy, Australia, Singapore, United Arab Emirates, Hong Kong, Taiwan, and now Kuwait. Kuwait is considered to be the company’s second market in the Middle East and North Africa after the United Arab Emirates and 14th overall. Deliveroo currently works with 80,000 restaurants and 60,000 riders around the world.

COFE App is an online coffee-centric marketplace mobile application conceptualized in Kuwait and developed in Silicon Valley to connect coffee house chains and specialty coffee roasters with coffee lovers through a seamless, easy and efficient user-interface. COFE App enables customers to order and pay for their coffee online. With the app users can get COFE at the coffee shop counter, office, car, classroom, hospital, and airport departures or have it delivered to their preferred address. The entire selection and purchasing process takes place in the app, which offers comprehensive menus and drink customization options.

- Multiple delivery options, including fast delivery to office or home, store pick up, and in car delivery service.

- Catering services for meetings and private banquets, with on-site kiosk and barista service.

- Multiple payment options, including cash-on delivery, debit cards and credit on the account.

- Summer 2017: COFE App was seeded by its Kuwait-based founder Mr. Ali Al Ebrahim along with other coffee enthusiasts.

- February 2018: Conceptualized in Kuwait and developed in Silicon Valley, the App was beta launched.

- December 2018: The app has been featured in Forbes Middle East annual list of “Top 50 startups to watch for in the Arab world”.

- February 2019: The App closed a Pre Series A Round of funding, raising US 3.2 Million Dollars funds from investors across the Middle East and from Silicon Valley.

- March 2019: The App was chosen by Facebook as one of the four startups in the MENA region that will join its one-year guidance program dedicated to support startups.

Coffee on demand! COFE App signs an exclusive partnership deal with Deliveroo as it looks to offer its customers a better experience and faster delivery services