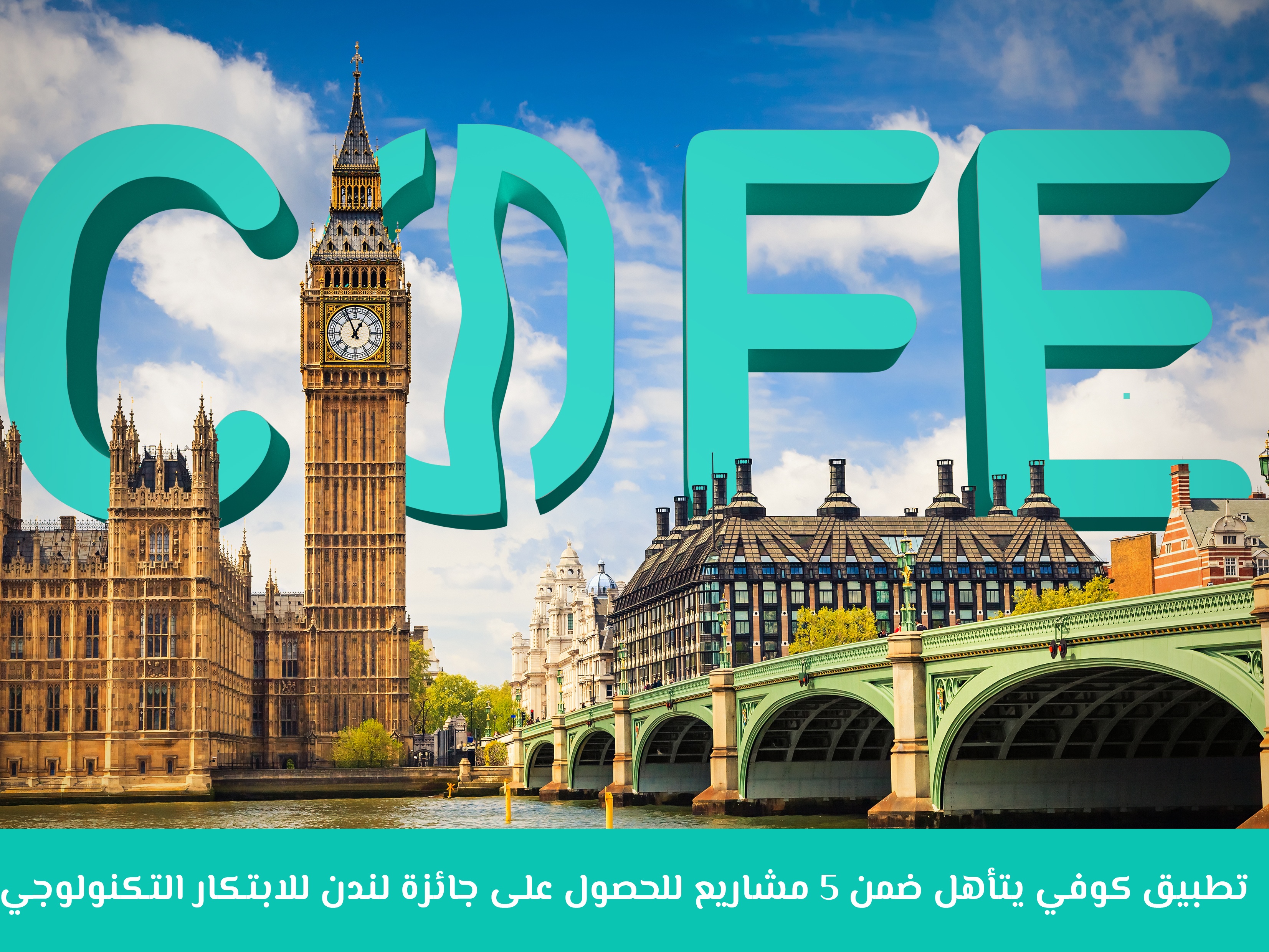 COFE App, the coffee-centric marketplace has been nominated as one of the top 5 companies in the Tech Innovation Award category at the London Coffee Shop Innovation Expo. After having received the Top 50 Tech Companies in Asia last month, COFE App is the only Kuwait-based startup to have made it to the nominee list. The event scheduled for 19-20 November will bring together over 250 coffee industry giants and tech innovators from across the world in London, UK.

The Tech Innovation Award celebrates transformative technology that is revolutionizing the future of the food & tech scene be it through streamlining operations, enhancing customer experience, or optimizing profitability. COFE App has been nominated for the award along with European Fintech brand Viva Wallet; coffee rating and review application Coffunity; blockchain technology platform iFinca; and wireless digital marketing enablers The Dining Hub.

As one of the preferred tech platforms for coffee lovers in Kuwait and across the GCC, the mobile application has been consistently making headlines for its tech innovation and unique service offerings since its inception in 2017.

Commenting on the nomination, Ali Al Ebrahim, Founder & CEO of COFE App, said, “Technology is at the very heart of our startup. We have always tried to offer innovative solutions to our customers’ daily coffee needs, while providing our vendors with a state-of-the-art online storefront and highly-customizable rewards program. We’re extremely excited about our nomination for the Tech Innovation Awards, and the endless possibilities it holds for coffee lovers beyond the region.”

The Tech Innovation Award nomination is one is the long list of accolades that the brand has received so far. COFE App was recently awarded the Top 50 Tech Companies in Asia Award by InterCon and has also been listed by Forbes Middle East as one of the 50 startups to watch in the Arab World. COFE App was among the most promising 100 Arab Start Ups by The Arab Youth Centre in Dubai, UAE in 2017. Ali Al Ebrahim was the recipient of the Arabian Business Entrepreneur of the Year Awards for his work with COFE App.

Conceptualized by coffee lovers in Kuwait and developed by coffee fueled software engineers in Silicon Valley, COFE App was created to serve the coffee community world over. The app offers concierge services that enable customers to customize, order and pay for their coffee online, which can then be collected at counter, office, car, hospital, airport departure gates as well as delivery to preferred location. The app serves all kinds of coffee needs from ready-to-drink beverages, machines and beans.