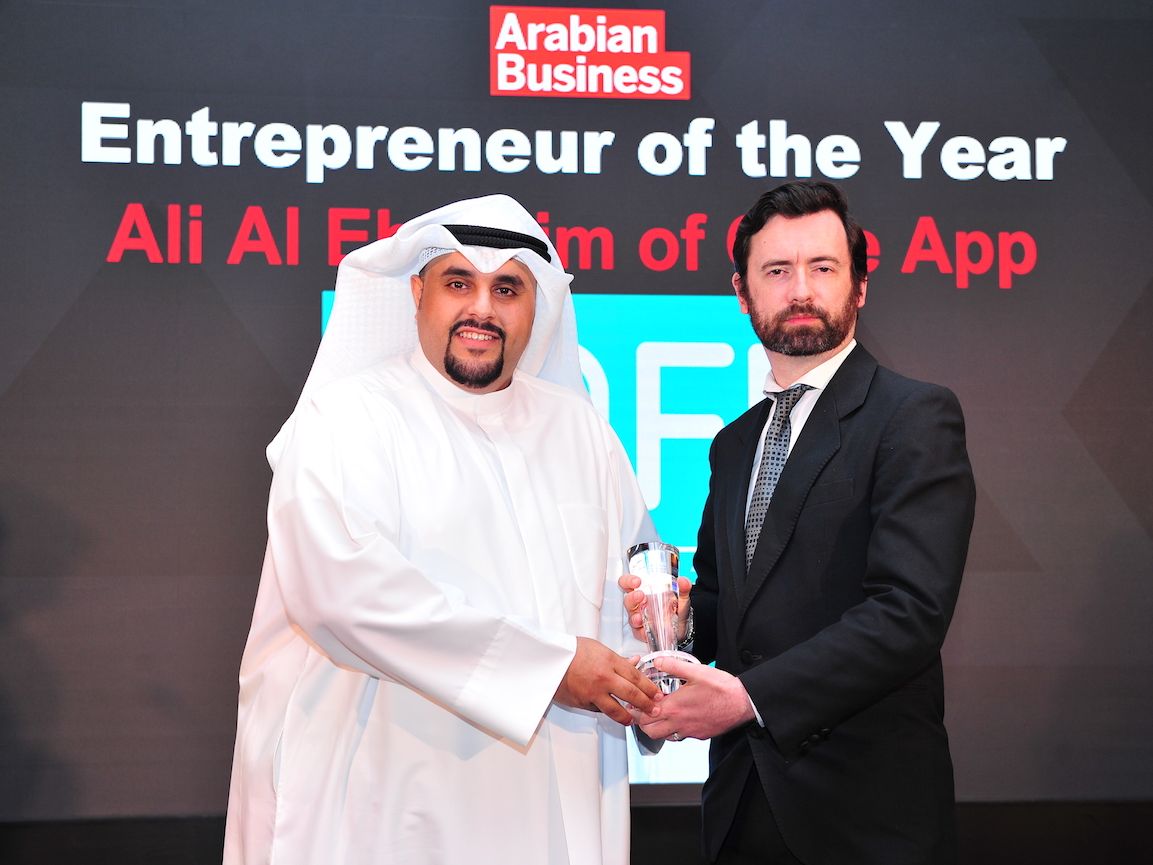 Kuwait, April 29, 2019: COFE App Founder and CEO Ali Al Ebrahim was named “2019 Entrepreneur of the Year” at the Arabian Business Awards, held yesterday at the Four Seasons Hotel, Kuwait. COFE App, a coffee-centric marketplace mobile app that’s disrupting the coffee market in Kuwait, was also listed among the “Top 50 startups to watch for in the Arab World” by Forbes Magazine Middle East in November 2018.

COFE App Founder and CEO Ali Al Ebrahim said, “Passion, motivation and hard work are the key factors to convert any idea into reality and lead you down the path to success. We at COFE App, are very proud of the development and success we’ve achieved in the coffee market in Kuwait during the last year. Last month we launched COFE App 3.0 that brought to life our very unique COFE Rewards Program. Our success to date could not be achieved without the passion and energy of our team. I would like to thank all who supported us, and thank you Arabian Business for the recognition”.

COFE App was conceptualized and seeded in summer 2017 by Ali Al Ebrahim and other coffee enthusiasts, and beta launched in Kuwait in February 2018. COFE App enables customers to order and pay for their coffee online. With the app users can get COFE at the coffee shop counter, office, car, classroom, hospital, and airport departures or have it delivered to their preferred address. The entire selection and purchasing process takes place in the app, which offers comprehensive menus and drink customization options.

During the annual Arabian Business awards ceremony, awards were presented in different categories to recognize best performing start-ups, SME and entrepreneurs in different sectors in the region, celebrating their outstanding performance and honoring their success.