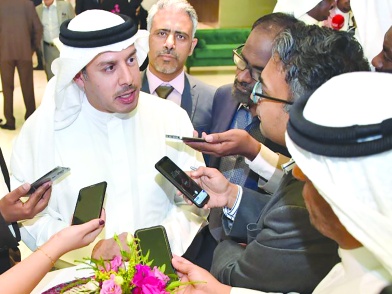 China is coming to Bahrain: Chinese venture capital fund to be established in the GCC country & help startups across the Middle East gain access to capital

SOURCE: Zawya - China is coming to Bahrain: Chinese venture capital fund to be established in the GCC country & help startups across the Middle East gain access to capital

MANAMA: A Bahraini-Chinese venture capital fund headquartered in the kingdom is on the cards, Economic Development Board (EDB) chief executive Khalid Al Rumaihi has said.

Talking to the GDN on the sidelines of a Ramadan majlis organised by the investment promotion agency at the Arcapita Building, Mr Al Rumaihi said the unique fund will bridge Bahraini entrepreneurs with Chinese business models.

“We are also hopeful of announcing another investment with a Chinese venture capital firm because we think a bridge to the east is as important as a bridge to the Middle East and the West.”

Mr Al Rumaihi has just returned from a week-long trip to Los Angeles and San Francisco, having met several technology companies and remains very positive about Bahrain’s ability to attract other significant names on the back of Amazon Web Services.

“We had very positive meetings and hope to build on them and I think we will see increased momentum in terms of our attraction for the technology names we all know.”

“We have to make a case for Bahrain alongside our neighbours and I believe what we have done in terms of the start-up environment, laws on data protection, electronic transactions, data jurisdiction, all of these with the efforts that we have made in terms of attracting a major data centre provider.”

“I think we will start to see the funds we have deployed start to set up in the country in the next few months so you are going to see physical evidence of VC funds here.”

“We are also hopeful of announcing another investment with a Chinese venture capital firm because we think a bridge to the east is as important as a bridge to the Middle East and the West.”

“That will be a very unique fund. It will be set up in Bahrain as its headquarters and will bridge Bahraini entrepreneurs with Chinese business models.”

“The EDB will soon announce a Los Angeles based sister working place for Bahrain Fintech Bay (BFB). So we will soon have a sister location for BFB in the heart of California, so we can link Silicon Valley with Bahrain to allow entrepreneurs between the two locations to interact and be focused on fintech.”

“We feel the regulations in Bahrain are so advanced, US companies would want to set up here.”

For start-ups in the Middle East, this is an exciting time as governments across the region are working to cultivate ecosystems that can support their growth. In the past, they may have been overlooked, but in the last few years they have been put front and centre.

“For all the progress that has been made, there are still challenges. When we talk to fintechs and other start-ups there is one area that consistently comes up more than any other as a major constraint on growth – funding. There are talented entrepreneurs with great ideas for the next disruptive tech business, but these will not be realised unless they can be connected with the capital they need.

“This is why we were particularly excited when Bahrain Development Bank launched a new $100 million venture capital fund of funds – capitalising on Bahrain’s position as a regional financial centre to help address this challenge.

The Al Waha Fund of Funds will invest in venture capital funds that have a presence in Bahrain. As a result, it is expected to help attract new funds to Bahrain, boosting the local start-up ecosystem by bringing funds and expertise to the country.

“Al Waha has had an impact globally, people have heard of Al Waha, we’ve had several meetings with people who were interested and we are inundated with requests from funds that want to be considered.”

But while funds need to have a presence in Bahrain, they are not restricted to investing in the kingdom. The fund will not only provide a boost to Bahrain, but also help start-ups from around the Middle East gain access to the capital they need in order to expand.

“As a matter of fact, we have already seen rapid progress. The fund successfully completed its first $100m fundraising round and one-third of that is already in the process of being allocated. In June, the Limited Partners Advisory Committee met for the first time to close the $100m fund and set the strategic direction of the allocation.

“The limited Partners Advisory, reflects our Team Bahrain approach, and includes several of the major public and private sector entities in Bahrain, such as Mumtalakat, National Bank of Bahrain, Batelco, Tamkeen and Bahrain Development Bank.

“While venture capital is not the whole solution, it is clear from the experience of established fintech hubs around the world that it can be a key factor. Venture capital investment in the Mena region is just a fraction of the level in markets like the US and China. By raising that investment, we have the potential to make a big difference.

China is coming to Bahrain: Chinese venture capital fund to be established in the GCC country & help startups across the Middle East gain access to capital