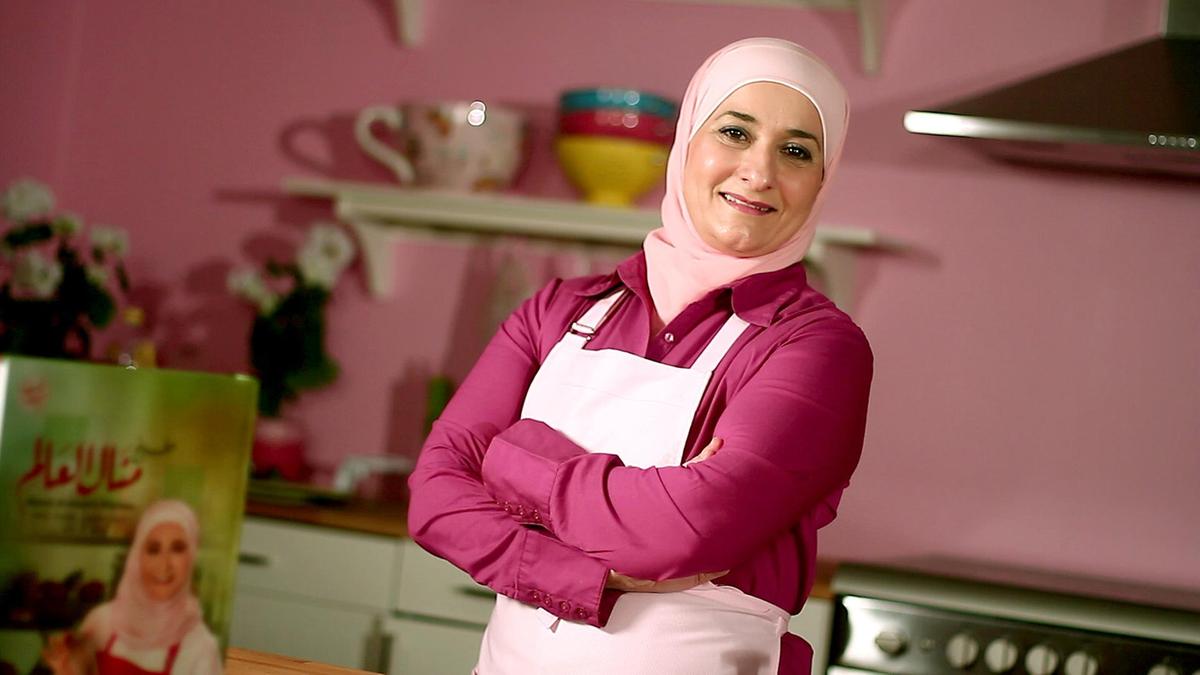 By Hala Khalaf / The National

Beloved by home cooks across the Arab world, Manal Al Alem is the author of a bestselling Arabic-language cookbook, as well as a follow up book on Arabian dessert recipes. Renowned as a TV chef, she has an app named after her, a YouTube channel followed by well over a million subscribers, and a cookware set shown daily on Citruss TV. And now, the Jordanian chef, known as the “queen of the Arabic kitchen”, is venturing into the world of children.

Al Alem has partnered with Lamsa, a popular educational Arabic-language app for children used by over 14 million people worldwide, to bring her down-to-earth approach to cooking to households across the region. The aim is to also teach children about healthy eating, food preparation and confidence in the kitchen. “It’s a project that combines creativity, art, animation, cooking, technology, nutrition, family needs and the importance of children’s education and awareness,” says Badr Ward, Lamsa’s founder and chief executive.

Lamsa’s animated mascots, a little red-haired girl who goes by Joory and her green-haired brother, Adam, are modelled and named after Ward’s own children. Joory and Adam flit around Al Alem on screen, cooking and chatting alongside her in the new how-to videos. The 24 episodes will be available on the Chef Manal Al Alem YouTube page on September 30, and on the same day, the episodes and 24 additional games will be uploaded on the Lamsa app. “I believe getting an Arab celebrity chef to cook and interact with animated characters like this is a first for the region,” says Ward.

Filming the episodes in this mixed reality format was a challenge for Al Alem, she admits, despite how comfortable she is cooking in front of the camera. “It was hard doing it, but we managed never to burn a meal,” she says.

She created 24 easy and fun recipes that children can tackle themselves in the kitchen, using fresh fruit and vegetables provided by food and distribution company Del Monte. The show’s banter involves everything from tips on how to tell if a banana is ripe and what ingredients should be stored in the refrigerator, as opposed to the kitchen cupboard, to how to safely use a vegetable peeler or how to handle raw chicken.

“Children take so much pride in themselves when they get to help in the kitchen or prepare food themselves, even if it’s as simple as slicing a cucumber, and the kitchen is a wonderful way to bring the family together,” says Al Alem, well known for her oft repeated statement: “The happiness of a household starts in the home’s kitchen”.

“This is our chance to show them they are in charge of their food choices, they can rely on themselves and be independent in the kitchen, which will give them confidence, and make them understand the value of fresh food over fast food or packaged goods.”

The aim, says Ward, is to present cooking and food preparation as a fun game for children, in order to instill healthy eating habits and nutrition awareness early on. In addition to the YouTube episodes, Lamsa will launch 24 new, interactive games and recipes, featuring its flagship characters, also on September 30, on its mobile app. The games will be linked to the recipe videos and will be themed around food preparation, culinary tips and healthy eating.

“We’re teaching kids what to eat, when to eat, how to eat, and doing it in Arabic to strengthen their use of their mother tongue, through play and exploration,” explains Ward. “It’s a dream come true for us to launch this partnership with the queen of the Arabic kitchen.”