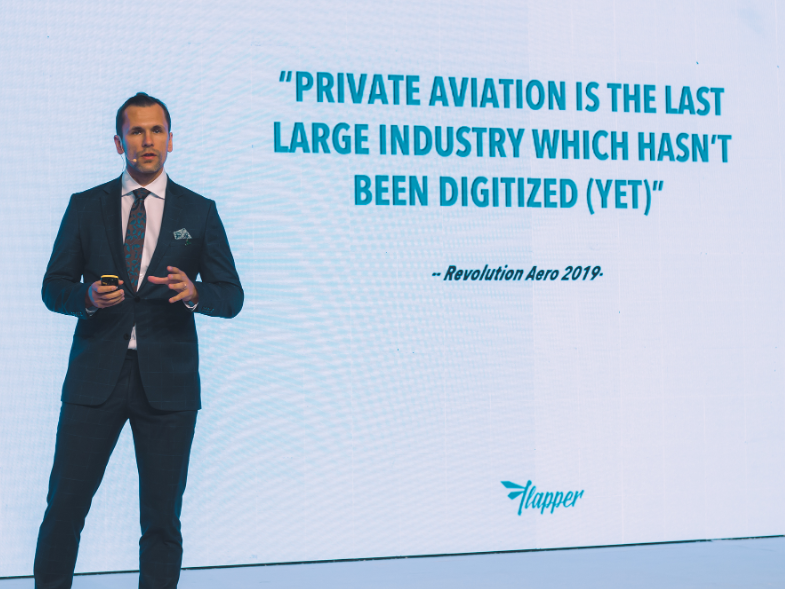 Flapper, Brazil’s first on-demand private aviation platform, appeared as one of the winners of this year’s startup competition during Global Investment in Aviation Summit in Dubai. The program was run by Intelak Incubator – itself sponsored by Emirates Group, GE and Etisalat – and promotes innovative projects with potential to boost the region’s tourism sector. The finalists had a chance to present their projects in front of a selected group of investors, as well as representatives of General Civil Aviation Authority and the UAE’s Ministry of Economy. Flapper was one of the four companies that made it to the final, which also counted Flug Auto (eVTOL) and Inspect AI (AI-powered solution for aircraft inspection).

Flapper, which currently offers pay-per-seat flights in the Southeast of Brazil, as well as on-demand charters with real-time prices, has also announced its plans to launch a Dubai as early as in Q2 2020. It claims to be at the final stage of closing its Series A funding, with participation from the Emirati partners, as well as two other international investors. It intends to use the capital to expand its presence in the Middle East, initially starting with charter services and empty legs, while it doesn’t negate the possibility of launching frequent by-the-seat flights in the region. Paul Malicki, the company’s CEO, says “There are many common features between Latin America and MENA region, what facilitates transfer of our technology and methodology to the Middle East. Starting with charter marketplace, we might gradually add high-season flights for Hajj or island resorts or even business flights between Dubai and Al-Riyadh”.

According to the company, UAE and Saudi Arabia constitute the biggest opportunity. According to Flight Fleets Analyzer, UAE counts 122 business aviation aircraft, including 99 business jets. Saudi Arabia’s market is represented by 163 airplanes, out of which 125 are business jets. Flapper has identified 20 different operators in UAE, split between Abu Dhabi and Dubai airports and estimates the MENA business aviation market to be valued at 1.3 billion dollars.

Today, Flapper mobile app counts more than 350 aircraft available for on-demand charter in Brazil through its proprietary inventory and quotation system. Scheduled flights between São Paulo and Angra dos Reis, as well as more than 10-high season destinations complement the company’s charter footprint. It also markets 14 aircraft through a partnership with Avinode in Brazil and has recently received Wyvern’s certified broker certification.