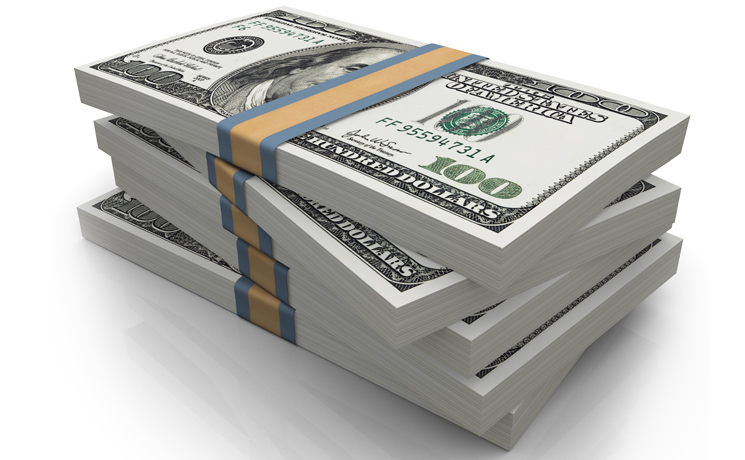 Challenges Persist In Raising Venture Funds In The Middle East

The Middle East is an affluent region and home to very sophisticated investors, including sovereign wealth funds, large family offices, and private banks. Dubai-based Research and Markets estimates in its Middle East 2016 Wealth Report that approximately 480,000 high net worth individuals with a combined wealth of $2.5 trillion live in the Middle East. Around $165 billion are tied up in venture capital firms and foundations, but a majority of capital is most likely allocated to non-regional venture capital funds and foundations.

To put it in perspective: the Middle East has a population of about 150 million people, with a combined GDP of almost $3 trillion (excluding Turkey), yet only an estimated few hundred million dollars in venture and growth equity capital are available.

The first unicorn startup from the region, Souq.com has raised the vast majority of its funding from international investors, in this case, Tiger Global Manager and Naspers. Careem just recently announced that it raised $350 million in funding, while $100 million came from Saudi Telecom, the majority came from Japanese E-Commerce Giant Rakuten. While the ability to raise funds from international investors is validating the quality and maturity of growth and late stage startups in the region, the fact is that there is insufficient funding available from investors in the home market.

According to BECO Capital, of 116 VCs operating in 2016 in the region, only two dozen are MENA-based. In comparison, the National Venture Capital Association estimates that there are about 800 venture capital firms in the U.S. ArabNet states that VC investments make up 0.3% of the U.S. GDP, while this number in the U.A.E. is only 0.03% and in Saudi Arabia just 0.02%.

With $169 million under management, Middle East Venture Partners (MEVP) is already one of the largest VC firms in the region. Operating since 2010 out of Beirut, MEVP has invested in more than 25 startups in the Middle East. Wamda Capital, founded in 2014, has invested in more than 15 startups deploying capital from its first $75 million fund. Middle East Internet Group, a joint venture between Rocket Internet and MTN opened its doors in 2013. It financed and established a number of e-commerce companies in the region. BECO Capital, Arzan Venture Capital, and last but not least Turn8's newly raised $60 million fund are also making inroads in the Middle East's venture funding scene. Some corporates are also investing in startups in the Middle East—notably DASH Ventures, Choueiri Group, Saned Partners, Silicon Badia, and STC Ventures.

To foster innovation, large investors and governments must be willing to invest in startups through venture capital firms.

What are the underlying reasons for this gap?

Traditionally, Middle Eastern investors have looked at real estate and investment opportunities outside of the region. Real estate returns also in some parts of the Middle East have been spectacular over the last decade. Hence, why should anyone take the risk associated with venture investing? Additionally, real estate is tangible and prestigious, because names and plaques can be affixed to properties.

The world's top investment firms are seen as more reputable than local ones. Middle East investors prefer to receive managers from big private equity funds and wealth managers in their London or New York offices. Mubadala Development Company is considering committing $10 billion to $15 billion to join Saudi sovereign-wealth fund as a partner in a $100 billion tech fund initiated by Japanese Internet and telecommunications giant SoftBank.

Anyone who has talked to an entrepreneur must have heard the difficulties in recruiting technology talent, such as online marketing experts, computer programmers, and data scientists. The problem is not that there are no talented and educated individuals from the region, but rather that such people are pursuing careers in Silicon Valley, or retained at their alma mater in Cambridge, Oxford or Stanford. Startups, especially those at the forefront of cloud computing, cybersecurity, machine learning, or artificial intelligence therefore lack the talent they need to succeed.

Underfunded, startups can’t offer globally competitive salaries and incentives. A few have relocated to the U.S. in search of funding, accelerating the brain drain.

To achieve innovation in large organizations, to build, buy, or partner are the three classical options. Buying innovation is the least favorable strategy. Executives so far neglect startups because of their size, or see them as too expensive for the value they provide, and believe in-house innovation can yield cheaper and better results. The three biggest startup exits to date, Talabat, Yemeksepeti and Maktoob, were all acquired by entities outside the region. Still, the question of how to exit is another argument investors fret about, but that might change over time.

Another high profile corporate player that aggressively is pushing into the digital economy is Alabbar Enterprises. The $100 million investment in fashion retailer Yoox Net-A-Porter, the acquisition of a stake in Aramex and lately the announcement to launch a new e-commerce venture called Noon.com equipped with $1 billion in initial investment together with Saudi Arabia's sovereign wealth fund, show the level of ambition. These developments should in the long term positively affect the availability of funds for startups in the region.

However, for the next 3 to 4 years the question remains: how are promising young companies going to fund their future growth? Venture investing is a complicated and long-term strategy that needs time and energy to be understood and appreciated.

Challenges Persist In Raising Venture Funds In The Middle East