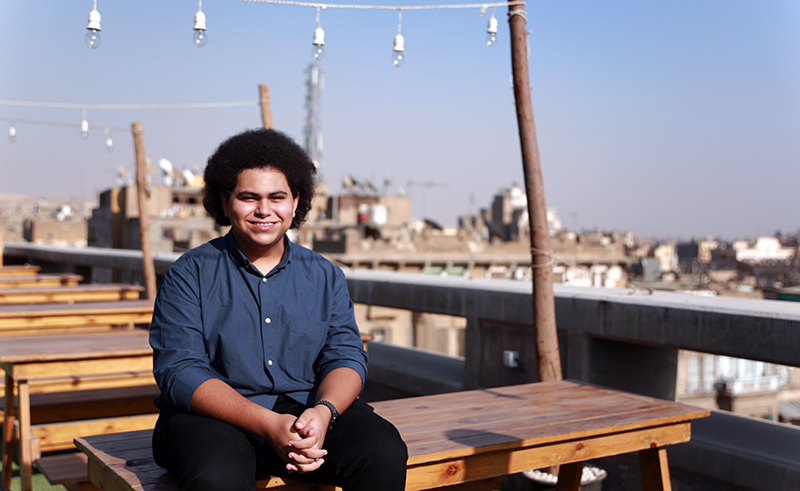 CEO At 17: The Egyptian Entrepreneur That Could Kill Powerpoint

SOURCE: Startup Scene - CEO At 17: The Egyptian Entrepreneur That Could Kill Powerpoint

Three years ago, a 14-year-old boy and his friend were asked to present a project they were working on at an extra-curricular activity. While struggling to create a portfolio with a presentable and professional outlook, they got inspired.

“Through our research, we noticed that more that 140 million hours every day on powerpoint, only to create a presentation,” Moody Boles tells Startup Scene. “We wanted to solve this problem, and so Imaginations was born.”

Imaginators is an online platform that provides digital solutions for businesspeople to present their portfolios in a professional, engaging, and sophisticated manner, without needing to know how to code or design. Only one month later, they had users in 24 countries; and today, they are 90.

As students, juggling homework, exams, extracurricular activities, and now their startup, Boles and his co-founder Amr Naguib needed to find a way to manage their times wisely without letting the success of academia be at the expense of Imaginators, or vice versa. “We prioritise,” the 17-year-old explains. “If someone has an upcoming exam for example, the other would take some of their workload and their tasks would be divided among us.”

While building their startup, the young entrepreneurs encountered two main issues; one of which was finding the rare features and options the user needs. The other problem was the competition in the Egyptian digital market. “All of our competitors are big elephants or huge players in the scene,” he says. “We were in need of a big effort to start finding a combative edge on these players. We try to overcome these challenges by trying to find new solutions; we decided to embed a lot of tools that allow our users to create their presentations much easier and faster and with new features. We wanted to give our users something that is unavailable on other platforms.”

To do that, Boles and Naguib had to change and adjust their product design several times to reach the model that has the maximum user benefits in terms of features and user-friendly graphical interface.

“Before our first public beta version, we had created two private versions,” Boles says. “In each version, we added new features and tried to always simplify the process and improve the user experience. We would always test them through surveys and our user testing.”

Imaginators serves 3,000 users from 90 countries who have created over 2,000 presentations.

With almost 200 users even before launching in December 2016, Imaginators would always ask its users, giving out surveys to test after every version they design. This ultimately brought them to the third version.

CEO At 17: The Egyptian Entrepreneur That Could Kill Powerpoint