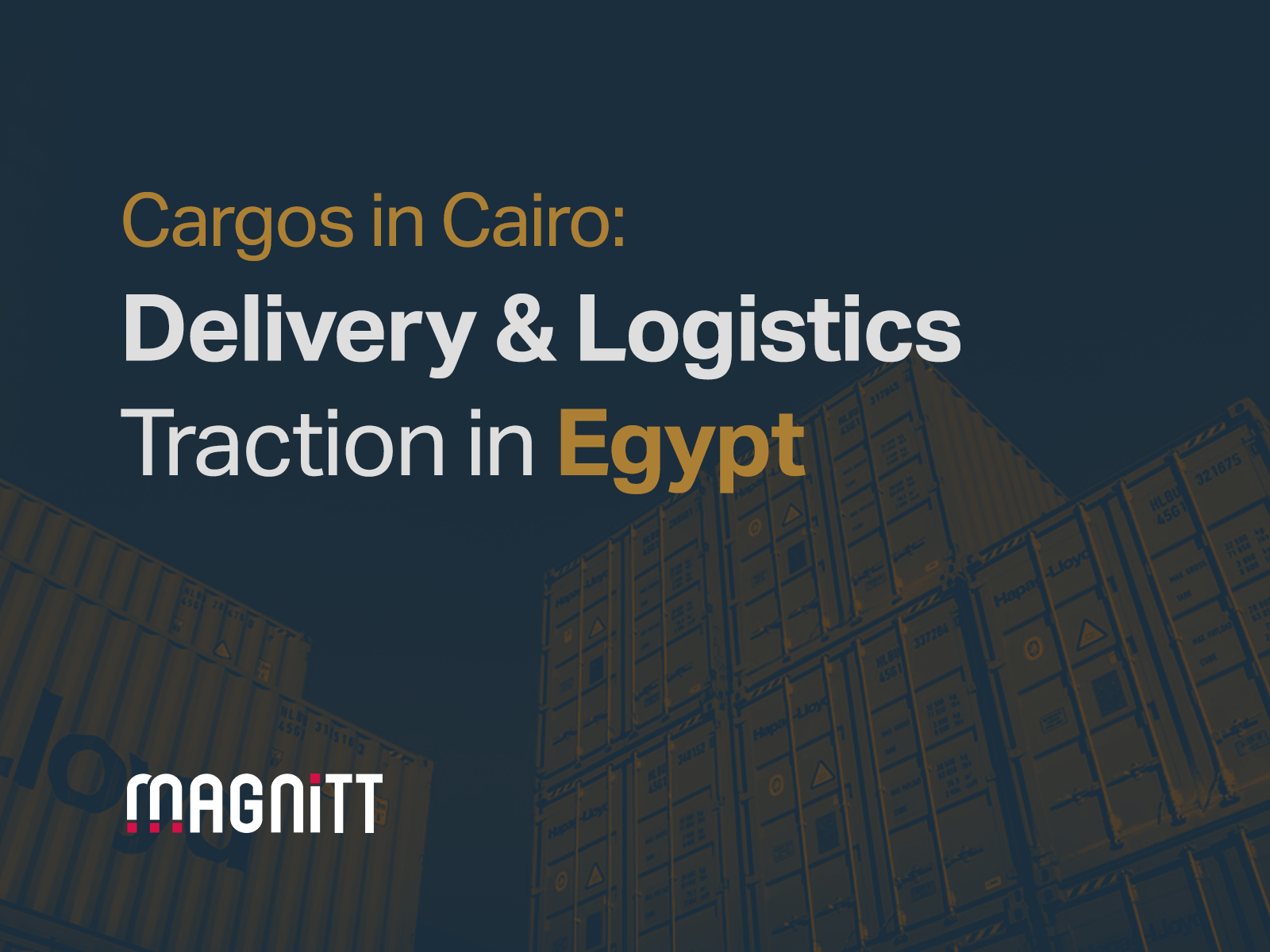 The Delivery & Logistics (D&L) industry in Emerging Venture Markets observed an upward growth streak in H1 2021. D&L startups across all geographies witnessed an industry boost, where the growth in VC funding was almost 10x YoY accounting for $1.1Bn. To put this into perspective, that’s a $100M short of all funds raised, across all industries, in MENA in H1 2021. Of all the geographies observing positive indications, a few stand out for their performance in H1 2021. Turkey, for its contribution to more than 91% of all funds raised in EVMs, the UAE for being the second-most funded D&L ecosystem, and most importantly Egypt for its H1’21 D&L breakthroughs.

Egypt has been having a good year all around that especially reflected well on E-commerce, FinTech, and Delivery & Logistics. Over the first half of the year, Egypt broke quarterly and half-yearly records in VC funding, observing a 28% growth YoY, funding in H1 2021 was equivalent to 91% of all funds raised in Full Year 2020. Out of the top 3 most-funded geographies in MENA, Egypt was the only one to witness an increase in deal volume YoY reflecting a healthy startup space and capital allocation; this added to the remarkable 10pp increase of nascent rounds (below $500K) between FY’20 and H1 2021.

Honing in on our topic of focus, seven Egypt-based Delivery and Logistics startups have raised a stellar $42M in funds over H1 2021. In the grand scheme of things, this number accounts for a mere 4% of all funds raised in Emerging Venture Markets, but if we zoom in on the capacity of funding, the volume of deals, and the nature of the rounds closed, we can find that Egypt harbors an exemplary D&L ecosystem. So what makes the Delivery and Logistics sector in Egypt so great, and what are the indicators of its ‘booming’? We benchmark and analyze the data recorded in our H1 2021 EVM Delivery and Logistics Venture Investment Report:

As mentioned before, the D&L sector across MENA, Pakistan, and Turkey made record-breaking strides in H1 2021. The bulk of the 10x YoY growth in funding however is attributed to the 3 Mega Deals closed by Turkish startup Getir, who in turn contributed to 91% of total funds raised across EVMs. Yet, the volume of transactions in MENAPT also observed a growth across geographies, marking its 5th consecutive half-yearly growth. The lion’s share of these deals was closed by Egypt-based D&L startups, maintaining the position of the busiest D&L ecosystem in MENAPT with 7 transactions recorded in H1 2021.

Compared to relatively similar startup ecosystems like Pakistan, Egypt shows great indicators of D&L prowess. The Pakistan D&L startup scene remains budding, where after no deals were closed in H1 2020, one startup, Freightix, closes the industry’s only deal in H1 2021 capped at $2M. Egypt on the other hand raised 21x that amount in the first half of the year.

Compared to Turkey, the most-funded D&L ecosystem in MENAPT in H1 2021, Egypt also showed top performance both in VC funding and volume of transactions. If we remove the 3 Mega Deals closed by D&L startup Getir, the Turkish Delivery and Logistics industry would have raised only 4$M in the first half of the year divided over 2 deals. In which case, Egypt’s share of total funding increases remarkably from 4% of total funding across EVMs to 35%, and will boost Egypt a rank to become the second-most funded D&L ecosystem after the UAE.

In Egypt, every fourth dollar invested in H1 2021 was raised by a Delivery and Logistics startup, driven by a 40% growth in D&L deals YoY. The $42M invested in the D&L sector over H1 2021 accounted for 26% of all capital raised in the country, almost 10x the share D&L startups raised ($3M) in Saudi Arabia.  One Egypt-based startup stood out in the first half of the year: the gig-economy shipping platform Trella raised the highest funding round locally, and the 2nd highest funding round in the industry across MENA after UAE’s Lyve Global.

Both Trella and Lyve Global raised a relatively similar share of the total capital in their industries, 70% and 86% respectively, however, the rest of the capital raised in Egypt was shared by 6 other startups as opposed to 1 other startup in the UAE. Lastly, closing the most deals in the industry across MENA in H1 2021, Egypt’s Delivery and Logistics sector was the 2nd-most funded ecosystem in MENA in the first half of the year.

As Egypt’s venture space continually disrupts the movement of people & things, Egypt-based mobility startups are starting to scale. With Swvl’s latest record-breaking round, who knows what H2 holds for Egypt’s mobility sector.