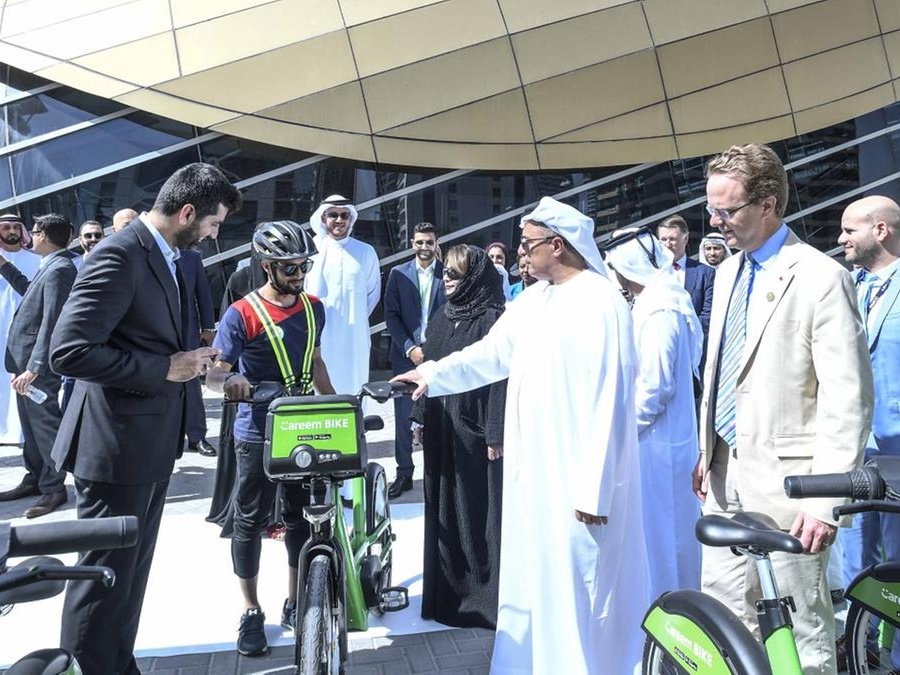 Ride-hailing firm Careem and Dubai’s Roads and Transport Authority have launched almost 800 rental bicycles from 78 locations across the city.

This is the first phase of a scheme that will see Careem operating 3,500 bicycles from 350 designated stations in the emirate.

The bikes will be available to the public from 10am on Saturday in areas including Dubai Marina, Jumeirah Beach Road, Jumeirah Lake Towers, The Greens, Barsha Heights, Dubai Water Canal, Dubai Media City, Downtown Dubai and Al Qudra.

“This service contributes to Dubai’s sustainability efforts and encourages residents and tourists to enjoy an active and healthy life, providing them with a new transportation option that will improve mobility across the city,” said Mattar Al Tayer, director general of the transport authority.

He said the rental scheme is part of broader efforts to "reduce energy consumption and pollution" and offer a short first and last-mile connection service between public transport stops.

The 780 green bicycles have been a talking point among Dubai residents, with solar powered docking stations popping up across Dubai in recent weeks.

Users would be able to hire and pay via the Careem Bike app, which allowed them to unlock the bicycle by scanning the QR code or entering a five-digit code from the application into the station.

Those riding the bicycles will have to stick to a 30kph limit, which organisers said was “a safe speed”.

The RTA also used the launch to remind cyclists of the need to adhere to the emirate’s laws and regulations when travelling on a bicycle.

These include a ban on bicycles being used on roads that have a top speed of 60kph or more.

Cyclists should get off their bicycles when on a crossing point, wear a protective helmet, a reflective vest and ride on the right side of the bicycle track.

They should also keep a safe distance from the vehicles in front, should not use ear phones and follow road safety rules.

Bicycles will not be rented to under 15s, unless accompanied by an adult.

“We are pleased and excited to launch the first phase programme in the region,” said Mudassir Sheikha, chief executive and co-founder of Careem.

The ride-hailing firm can track the bicycles via GPS as they travel across Dubai.