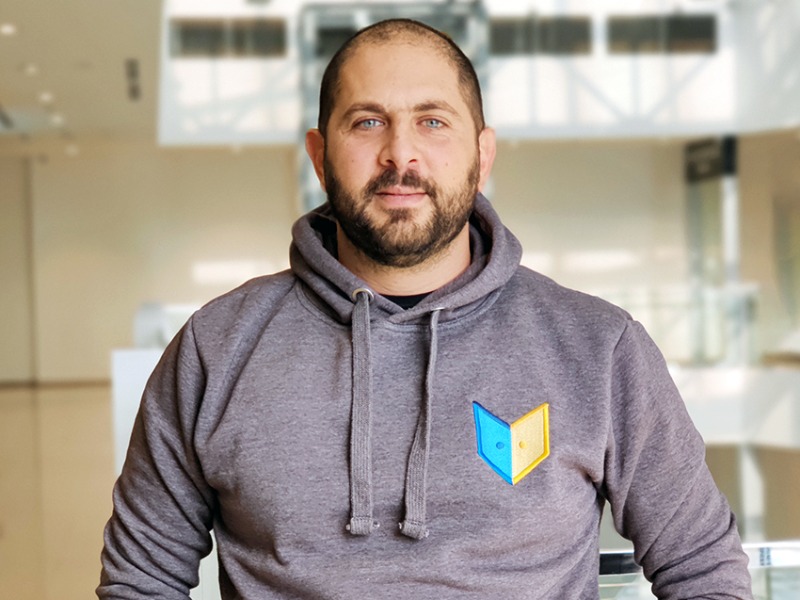 Innovative online learning platform in the MENA region, Abwaab has today announced that Sabri Hakim, former general manager at Careem for the Levant, has joined the edtech startup as Co-founder & Chief Operating Officer. Hakim, who has been an advisor for the startup since its inception and a strong believer in its mission to make high-quality education more accessible, decided to leave his executive role at Careem earlier this month and team up with co-founders Hamdi Tabbaa and Hussein Alsarabi to disrupt education in the MENA region.

“We are thrilled to have Sabri onboard,” says Hamdi Tabbaa, CEO & Co-founder, Abwaab. “Sabri and I have worked with and against each other as rivals for four years back when I was Uber's GM for the Levant. Together, we managed to help the ridesharing sector take off in our region, aiding governments with regulation, and ultimately shaping it entirely. Looking back, I believe that our fierce competition served as a huge impetus for us both so I’m very much looking forward to seeing what we can achieve being on the same team for a change.”

Hakim, a seasoned entrepreneur with over a decade of experience in the startup world, joined Careem in 2015 as general manager for the Levant. During his tenure, he built Careem’s Levant operations from the ground up, supporting tens of thousands of drivers and over a million customers. In 2018, he was awarded Careem’s "Boldest General Manager.”  Previously, he helped co-found “Jeeran," an intel-backed company with a team of 70 people and annual advertising revenue of $1.5M USD, serving as the director of its community team across seven countries. In 2010, he built and exited his first venture “Talasim.”

Hakim’s entrance comes at a pivotal time for Abwaab which recently started selling subscriptions in Jordan and is slated to launch in other markets in the region very soon. The startup has been experiencing solid growth since its product went live in February of this year, and this move only adds further momentum.

“I look forward to creating the same impact that Careem had on transportation with Abwaab on education,” says Sabri Hakim. “Education is a human right. Our region faces many challenges making it difficult for students to access high-quality education consistently. Abwaab’s mission to make world-class education accessible and affordable is something I’m excited to be a part of.”

Since the start of the COVID-19 outbreak up until recently, Abwaab had been working with the Jordanian Ministry of Education on the “Darsak” distance-learning initiative, offering its educational content to over a million students who couldn’t attend school during the pandemic.

“It’s very fulfilling to see an early-stage startup responding swiftly to COVID-19 and take a government-led initiative to become an instrumental player on both the tech and content fronts,” says Laith Al-Qassem, CEO of Innovative Startups and SMEs Fund (ISSF), sponsored by the Central Bank of Jordan and the World Bank. “We are so proud to have invested in Abwaab, and with Sabri joining, we are more excited for what’s to come.”

July 2020 has seen a 45% drop in the number of deals, but total funding has increased by 72% when compared to the same month last year. Discover more trends and insights in our July 2020 Dashboard.