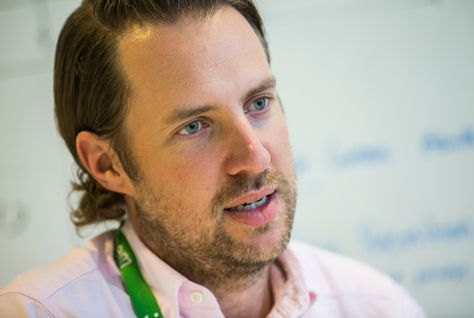 Ride-hailing app Careem is targeting a public listing in the next two-to-three years as it seeks to raise additional financing to spur further growth.

In interviews with Arabian Business, co-founders Magnus Olsson and Mudassir Sheikha said the medium-term objective was to take the company public.

This is unlikely to happen within the next 12-24 months, however, as the company is “still in the building phase”, Mudassir said.

Olsson said Careem was “always in talks” with prospective investors, banks and analysts but that, as yet, formal discussions with advisors over a potential initial public offering (IPO) had not been held.

“Our mission is to build an awesome organisation that inspires, we want to build a 'uni-camel' [start-up 'unicorn'], a tech company from the region that can inspire others. We believe that the best way to do that is to stay independent.

"But, ultimately, we have a lot of investors that have joined us along the way and at some point they obviously need to be able to get some returns from their investment, so the natural end game is to go public.

"We won’t provide any specific guidance on the exact timing or which market, where would we go public, as there are people who would have better advice on that - bankers and so on - in terms of knowing where we should list. But if we could take [Careem] all the way to become public, that would be our ambition,” Olsson said.

Mudassir said the aim was to IPO in the next two-to-three years.

Last week, the CEO of Dubai-based private equity firm Abraaj Group pre-empted Careem’s comments by predicting that the company would eventually have to launch an IPO as it would require “more and more capital” to grow into the regional markets.

“Eventually that is what is going to happen because it is going to acquire a scale that is without question going to need more capital to grow as local differentiation is of critical importance,” Arif Naqvi told Bloomberg.

Careem’s co-founders said that 2016 had been an important year of milestones for the company, which signed an agreement with Dubai’s Roads and Transport Authority (RTA) last October to provide passenger transport services in the emirate online or via a special RTA app.

The company operates services in 52 cities across the Middle East, North Africa and Pakistan region and aims to expand in new markets including Oman and a number of North African countries. It is targeting profitability by 2018, the co-founders have said.

In December, Careem announced it had closed the first part of a $500 million funding round with around $350 million of backing from Japan’s Rakuten Inc and Saudi Telecom Co (STC).

That month, STC said it had agreed to buy a 10 percent stake in the company for $100 million.

Olsson told Arabian Business that the ultimate objective was for Careem to become “the region’s biggest mover of people and things”.