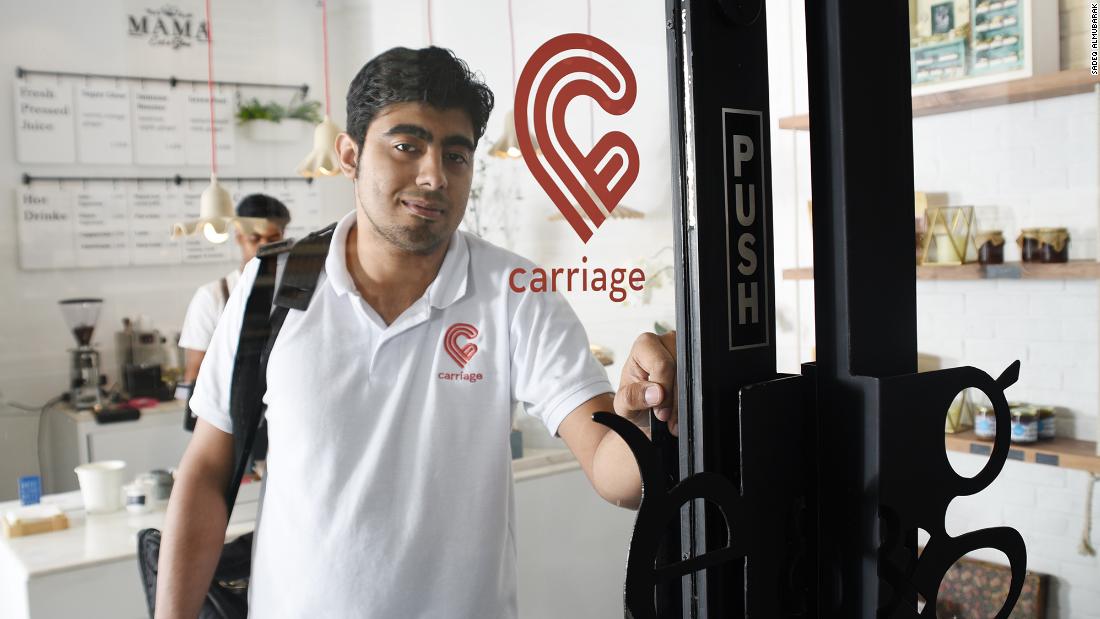 A little over two-and-a-half years ago, Abdullah Al Mutawa was researching home delivery options for his burger restaurant in Kuwait City.

Unsatisfied with what he found, he convened with his brother, Musab, school friend, Khaled Al-Qabandi and Musab's US-based classmate from Stanford University, Jonathan Lau, to find a solution.

What the quartet came up with was Carriage.

The online ordering and delivery platform has since transformed the food delivery game in Kuwait, spread to neighboring countries and provided inspiration to a new generation of Kuwaiti tech entrepreneurs.

Carriage was snapped up by German online food ordering giant, Delivery Hero, for a reported $100 million in May 2017 -- a sizable sum for a company that was just 18 months.

Similar in concept to British online delivery company Deliveroo, which operates in urban areas in Europe and Asia, Carriage's founders say their main challenge was finding a way to cater for the sprawling suburbs prevalent in Kuwait and other Gulf cities without compromising on the quality of food delivered.

A non-disclosure agreement prevents the founders from confirming Carriage's sale price, but all admit to being amazed at how things panned out.

"It was very surreal for us," Abdullah says, reflecting on the "20-hour days" the founders racked up to establish the company, develop its applications and generally grow at a "million miles per hour."

"We didn't expect (to be bought out) that fast or that soon," he adds.

Carriage is one of the more notable success stories from Kuwait's nascent but growing startup scene. It is also a potent example of the type of businesses the country's leaders are trying hard to foster.

Like many oil-rich nations in the Persian Gulf region, Kuwait has its sights set on creating more innovative private sector firms as part of sweeping diversification plans to transform the country's economy.

As of 2017, close to 80% of Kuwaiti nationals were employed in a public sector largely funded by oil revenues, according to a report by the Tri International Consulting Group.

But with oil resources finite and future prices uncertain, the need for Kuwait to prepare for the future is clear.

A range of government-backed programs, such as the National Fund for SME Development, have been created to help support new startups. Accelerators, incubators and co-working spaces, meanwhile, have been formed with the aim of inspiring the country's youth and turning Kuwait into a nation of tech-savvy innovators.

Carriage's Musab Al Mutawa highlights a range of demographic and cultural factors that make Kuwait an appealing place for those with useful tech ideas.

"Strong smartphone penetration, really young populations and high disposable incomes," coupled with a marketplace that is less cluttered than those in the US and Europe, ensure there are plenty of opportunities, he says.

The fact that local entrepreneurs are more familiar with the customs and bureaucratic intricacies of Kuwait could also give them a "competitive advantage" over outside players, he adds. 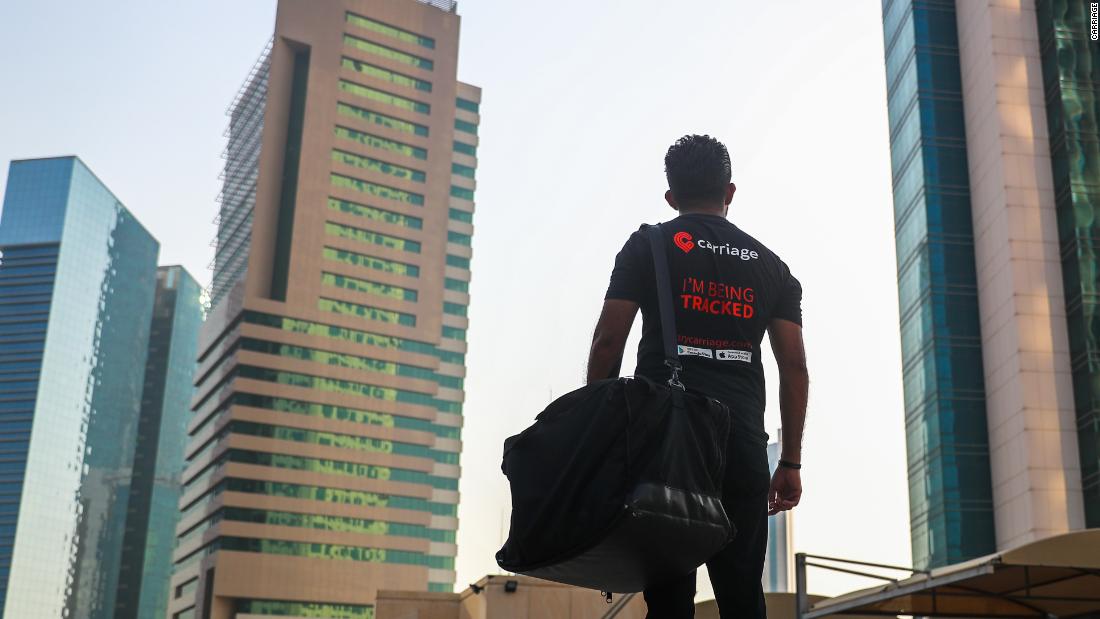 A driver for the Carriage delivery company is pictured in Kuwait.

These sentiments are echoed by Hashim Behbehani, founder of Kuwait City-based startup and programming school Coded, who says that Kuwait City has "all the makings" of a technology hub.

"(It's) young, rich ... there are smart people and early adopters," Behbehani says.

Whether these factors can be fully harnessed to create the vibrant new private sector envisioned, however, is as yet far from clear.

Samar Baqer Al Abdullah, an assistant professor of marketing at Kuwait University and former adviser to the CEO of the National Fund, told CNN last year that startups in Kuwait were "the biggest trend right now" -- although she acknowledged many of these firms remain small in scale and ambition.

Numerous challenges also remain for startup founders in a country not renowned for its streamlined regulatory frameworks.

The World Bank currently ranks Kuwait 149th in the world for the ease of starting a business, comparing unfavorably to neighboring nations such as Oman (31st), the UAE (51st) and even war-torn Syria (133rd).

A 2017 report from MAGNiTT, which tracks entrepreneurship in the Middle East, found that Kuwait accounted for just 4% of investment deals in the region in 2017. That compared to 37% in the UAE and 7% in Saudi Arabia, countries which MAGNiTT CEO Philip Bahoshy describes as being the most "dynamic and quickest" to create ecosystems that have enabled startup businesses to develop.

According to Haidar Al Mosawi, co-founder of Kuwait City co-working space Sirdib-Lab, many promising Kuwaiti startups decamp elsewhere in the region once they scale up to tap into wider talent pools and greater access to capital.

Kuwaiti media also reported in February that the National Fund for SME Development had its mission redefined after youth groups and entrepreneurs voiced their displeasure with how it was being run. Figures from the body's 2016/17 report state that just 245 projects have been approved and 850 jobs created from National Fund backed projects so far.

The National Fund did not respond to CNN's emails asking how the changes would impact its operations.

Carriage's founders say they decided against applying to the National Fund during the company's early stages, as they wanted the freedom to develop as quickly as possible.

Nevertheless, all say they can see the potential benefits of such programs.

What Musab believes will most help to encourage more startups, however, is a series of success stories that young people can look up to.

Other prominent tech startups to forge a path out of Kuwait in recent years include food ordering firm Talabat, which sold to German e-commerce group Rocket Internet for $170 million in 2017, and the laundry app JustClean. 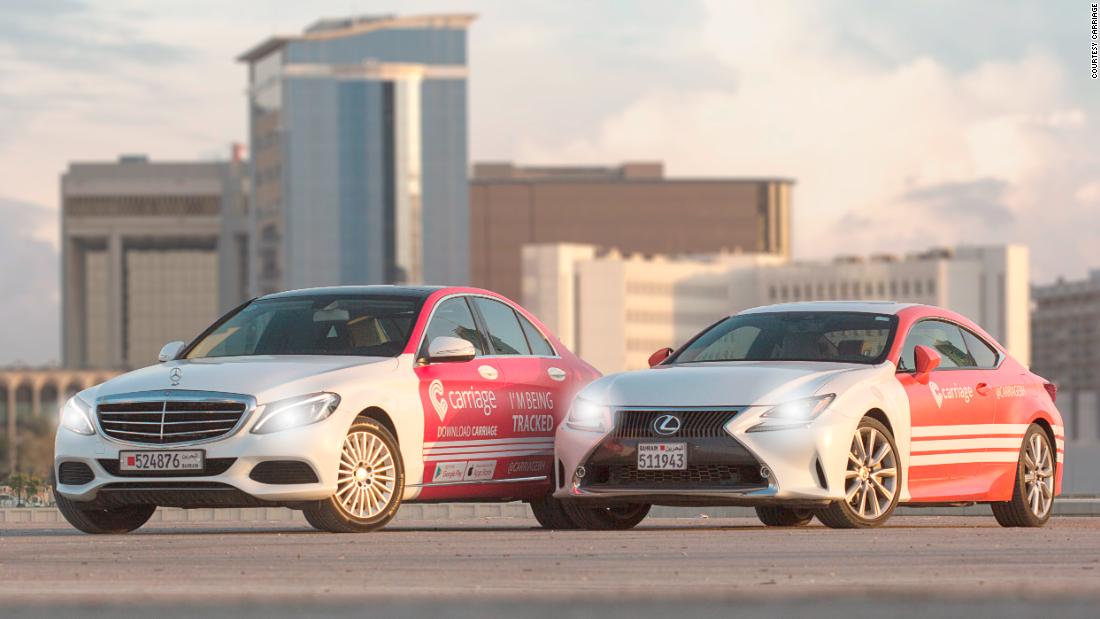 Two cars embossed with the corporate logo of Carriage.

Carriage, meanwhile, has gone on to expand into deliveries of flowers, health supplements and groceries. It now has close 400 non-driver employees and thousands of vehicles at its disposal, the founders say.

"Every success story in the region and in Kuwait really strengthens the thesis that this is the future," Musab says.

That will breed more success which will be "good for end consumers, good for business ... and good for the government sector."

After all, he adds, if people "are working with us then they are not working in government jobs." And that scenario is "a win, win, win."