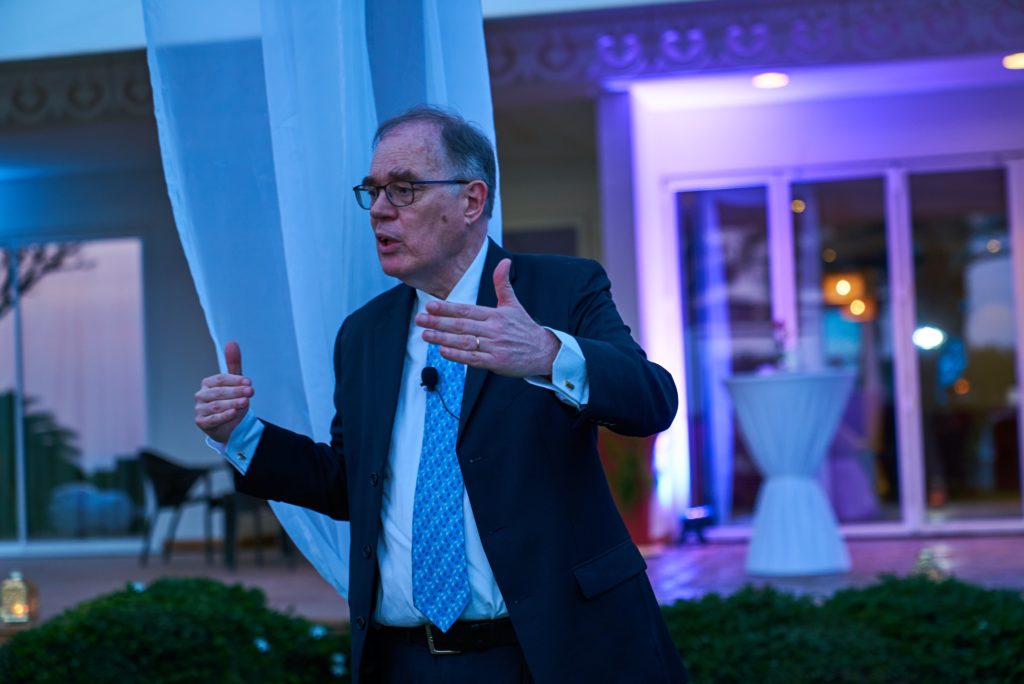 Can GCC companies attract and retain the right ‘talent’?

The GCC region is experiencing a period of change. This transition is evident in the economic diversification drives taken up by countries in the region as they look to move away from oil dependency and move toward innovation and entrepreneurship to boost long-term return on investments. At the crux of change is “talent” – a key factor that has come to determine the competitiveness of cities, countries and the region.

Bruno Lanvin, Executive Director of Global Indices at INSEAD, presented the key findings of the 2019 Global Talent Competitiveness Index (GTCI) report released by INSEAD Business School at an exclusive talk held at The Ritz-Carlton in Bahrain attended by senior delegates from the GFH Financial Group and Bahrain’s Economic Development Board (EDB), among others. He addressed the importance of countries creating the right conditions for attracting, retaining and growing talent – with a specific focus on how “entrepreneurship talent” and “futureproof employees” are key to navigating a volatile future.

Speaking about the ranking of countries based on the Global Talent Competitive Index Bruno Lanvin said, “For the first time ever, we have a six-year type series, so we can look at moving averages. This way we move away from year-to-year changes and have a clearer picture of whether the performance of a country is going up or down … We’re not looking for an annual snapshot; we’re looking for identification of the dynamics of why we’re moving up or moving down. This will give us a recipe that indicates what it takes to move up the chain of talent.”

From ambition to reality

The GTCI report released by INSEAD shows a growing trend in the global talent sphere that calls for increased flexibility and the ability to adapt to the changing schisms of the business ecosystem. When talent is encouraged and nurtured, it is likely to have a direct impact on the competitiveness of economies.

According to the report, all countries in the Middle East are below the GTCI regression line – which means that based on their GDP per capita, GCC and Middle East countries have not been doing as well as others with similar GDP per capita in areas such as ICT usage, innovation and attracting talent.

Can GCC companies attract and retain the right ‘talent’?