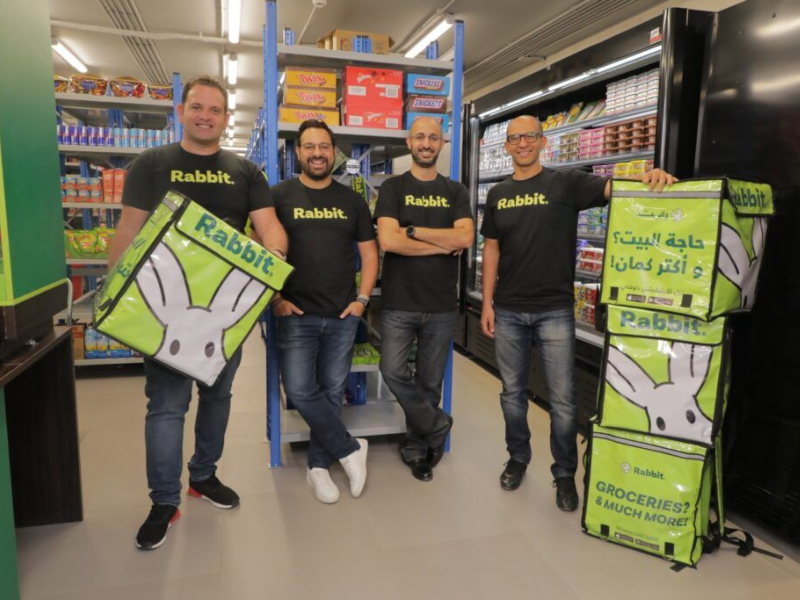 The Egypt-based E-grocery platform Rabbit has successfully raised an unprecedented $11M in their Pre-Seed round. The fundraise was led by Global Founders Capital, Foundation Ventures, Raed Ventures, MSA Capital, and Goodwater Capital.

Despite a slower H1’2021 and a 10-deal drop in deals since full-year 2020, the E-commerce industry in MENA picked up by Q3 2021, raising $71M more than total capital deployed in full year 2020. As recorded in our Q3 2021 EVM E-commerce Venture Investment Report, Egypt climbed a rank to become the most active E-commerce geography by number of deals in Q3 2021, and jumped 2 ranks to become the most-funded by volume of capital deployed. It was one deal by E-commerce startup MaxAB that raised 60% of that capital by Q3 2021, Egypt-based E-commerce startups like Homzmart, GoodsMart, Capiter, and Taager raised major rounds in 2021. This rise in E-commerce is paralleled with a  complementary growth of the FinTech and Transport & Logistics sectors in Egypt, driving their 258% and 541% YoY growth by Q3 2021 respectively.

The Cairo-based startup has designed and integrated its technologies to perfect the 20-minute delivery window, which opened the doors for competition across several SKU groups. While the nature of groceries arises with an instant need giving room for on-demand delivery startups like Turkey-based Getir or Egypt-based GoodsMart and Appetito to focus solely on the grocery segment. Reverse engineering the process, Rabbit’s perfecting of short-time delivery allowed the Cairo-based startup to develop a customer-centric approach in their product offering as Co-founder Ahmad Yousry elaborated  “Whatever the consumer wants under 20 minutes, we’re going to let the market dictate what we sell. We’re not limiting ourselves as a grocery player.”

Rabbit has developed its operations to operate the entire end-to-end experience on its platform. With a live inventory tracking system in its warehouses, the Cairo-based startup creates swift and self-sufficient delivery processes equipping riders — some employed, some self-employed — with the necessary protective gear and technology to make timely deliveries. The six-month-old startup plans to add a new fulfillment center every other week till the end of the year to cover several major cities in the next 12 months. Yousry highlighted “Consumer expectations have evolved significantly over the past two decades. On-demand has taken over the music, media, and transportation industries and we believe that on-demand retail is next. We are building a business with speed as a core part of the DNA, which is evident in how we operate and work. We measure things by seconds because ultimately, we are not in the business of retail or convenience, we are in the business of time.”

Rabbit plans on channeling its newly acquired funds to rapidly capitalize on its growth. Currently serving four locations in central Cairo: Mohandeseen, Zamalek, Maadi, and Nasr City, Rabbit plans to expand areas of coverage into several major cities in the next 12 months and expects to be processing hundreds of thousands of orders per month. Talal Alasmari, founding partner of Raed Ventures concluded “At Raed, we always look for world-class founders who have the capacity to be leaders in their industry. We believe that the founders of Rabbit, with their ambitious vision and extensive experience, possess the ability to lead in the Ultra-fast delivery domain, not only in Egypt but in the region as a whole.”

Check out with a cart full of insight. Browse 1,500+ E-commerce startups in MENA