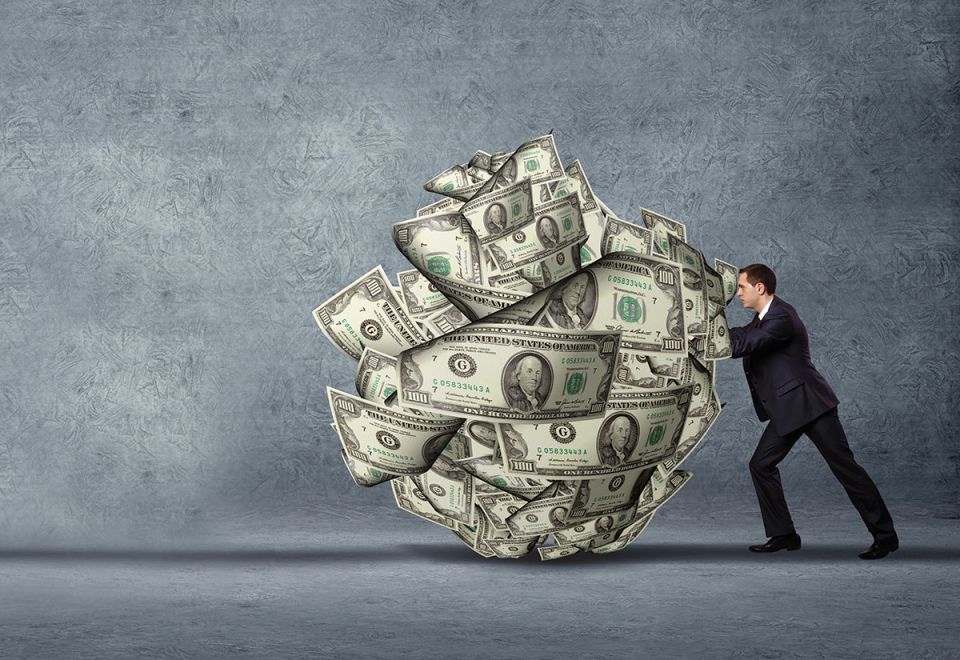 It also saw a record amount of total funding in regional startups, up 31 percent from 2017 when excluding the $200m in funds raised by UAE-based ride-hailing app Careem.

But the region’s SME credit gap remains in excess of $260bn. What are the missing links to bridging the funding gap? Bank support is one.

In 2017, the Arab Monetary Fund (AMF) urged banks to help fill the 300 percent gap, with only one in five SMEs in the region having access to a loan or line of credit.

“We are trying to do this, but you can’t avoid the external regulatory environment we have to deal with here from a dollar clearing perspective, which hinders a lot of regulators and banks from doing things,” he says.

“Bounced cheques, for example, are not a bank imposed regulation. That is a regulator saying you have to do this, because in the past, there has been a substantial amount of fraud that came through this region on the back of bounced cheques.”

Other banks, however, have openly admitted to being hesitant when it comes to SME lending. At a conference for the 2018 Sharjah Entrepreneurship Festival in October, Najla Al Midfa, a board member at United Arab Bank, told Arabian Business she has seen banks “burnt” by SMEs in the region.

“There is a huge credit gap there, and the government is definitely focusing on it. The central bank is talking about more lending to SMEs. But banks are hesitant, so I think we’ll have to find that middle ground where banks get comfortable with that,” she said.

Institutions such as Mashreq Bank in 2017 argued that its SME loss rate stood too high at 20 percent.

But Al Midfa, who is also the CEO of Sharjah Entrepreneurship Centre (Sheraa), says the sector would undoubtedly need more bank lending to grow, especially with SME bank lending in the region being among the lowest in the world.

Yet banks and investors revealed another underlying issue.

“People have romanticised entrepreneurship too much,” says Bin Hendi.

“…Unfortunately, many of the conversations I have with entrepreneurs are about fads. Everybody wants to become a cupcake entrepreneur at some point. From a relative perspective, they say, ‘Everyone is making cupcakes, but I’m going to do it differently because I’m going to use a different type of sugar in my icing.’ From an absolute perspective, they’ve created nothing.”

Fahim Al Qasimi, partner at corporate advisory and investment firm AQ&P, warns against romanticising entrepreneurship for “every person who thinks they will go to 12 startup events in three months and bump into [Wamda Capital executive chairman] Fadi Ghandour and get $2.5m and start a business.”

Last week, in an opinion piece predicting the year ahead, Ghandour said 2019 will be the ‘year of exits’ for Middle East startups, when funds will return money to investors, encouraging new ones to believe and invest more in the region. Ghandour added that the $120m investment by New York-based General Atlantic in Property Finder and Amazon’s acquisition of Souq have proved to investors that the MENA region “is investable”.

But Al Qasimi argues otherwise, claiming that many startups will “disappear” in 2019.

“The failure rate of startups globally implies that a lot of entrepreneurs will be seeking work in the near future and retail investors will write offﬀ their supposed ‘nest-eggs,’” he wrote. “The claims of being the ‘next big thing’ will be dispelled and… we will have a lot of very intelligent people winding down their startups to disappear and ‘ﬁnd themselves and work out what to do next.’ I argue that this will be the norm and the handful of successful exits, the exception.”.

“I appreciate the argument that Venture Capital firms (VC) tolerate more risk, but investors should be wary of increasingly higher valuations for early stage companies… As investors in 2019 begin looking for returns, companies will need to begin thinking about long term ﬁnancial viability or suffer the fate of winding down when they cannot raise another round of investment,” he says.

Yet Wamda Capital managing director Khaled Talhouni believes Al Qasimi’s assessment does not detract from the fact that the region has one of the world’s largest credit gaps – regardless of the ‘hype’ around entrepreneurship.

“There is a sense that there is too much capital in the region flowing to high risk or tech startups. I understand where that feeling can come from, but it’s not born out of any evidence. The fraction of VC investment in the region as a percentage of GDP is among the lowest in the world. There are great businesses which should get access to debt but can’t because they’re under five years old or can’t give a personal guarantee… Our problem in the region is the opposite. There is hype but we trail the rest of the world and we need to catch up,” he says.

One solution? Small cap and medium cap initial public offerings (IPOs), according to Will Hutson, co-founder and CEO of Dubai-based creative agency LMTD.

“Longer term, we need exits and liquidity. A lot of people assume that large corporate buyers come from Asia or North America, but I don’t think there is a panacea in those exits. I think regional equity markets need small cap and medium cap IPOs. That is the solution. Japan, UK and Canada are great examples of small cap markets. This will encourage regional development,” he says.

Keep the dirham in the room

A strong equity market will allow the region to keep investment and rewards within its economy as opposed to foreign owners, according to Hutson.

“We’re not building these businesses to be foreign-owned,” he says.

Hutson believes regional ownership is fundamental as Middle East owners will have the best interest for the growth of the entrepreneurial sector.

“For example, foreign ownership in a publicly traded market won’t care about creating jobs. The health of startups won’t be their priority in the long term. They’ll care about returns,” he says.

Referring to the Amazon acquisition of Souq.com, Hutson says it would have been ideal to build the Dubai-based e-commerce firm and grow it into a global player.

“When the International Monetary Fund (IMF) says that 58 percent of the GCC’s wealth sits outside the region, we have much bigger fish to fry and need to create really compelling opportunities here,” he says.

While foreign acquisitions of regional businesses provide short term cash flow, they lead to having a “competitor in our backyard”, whereas retaining ownership will “keep the dirhams in the room,” he says. “That way, you’ll cross invest and partner with the government to be able to add more value to the GCC.”

“Our partner [Mohamed Alabbar], who is exposed to the retail space, went on the news saying that we encourage all e-commerce players to have local 51 percent ownership. Imagine you’re a retailer in this part of the world, and you own a franchise and you spend billions to build brands locally, but are then unable to build much because international players are cutting costs and selling your own product. This model is a bit unfair,” he says.

“You spend billions to build a brand then somebody else eats your cake,” he says.

But Talhouni of Wamda begs to differ, stating that whether owners remain local is beside the point.

“We shouldn’t adopt this protectionist, zero-sum mentality that either local companies or someone else is making money. If profits are extracted elsewhere, that’s beside the point because we’re also free here to invest in public companies on the New York Stock Exchange or any other exchange. What we need to focus on is growing local companies. It doesn’t matter who owns them in the end, and whether they exit locally or globally is a separate point,” he says.

The low hanging fruit, however, is the attractiveness of regional players to global companies.

Because MENA-based companies need to operate in multiple markets in order to scale, those who have figured out how to operate in a complicated market find themselves “incredibly attractive” for global players, according to Talhouni.

But there remain many missing pieces of the puzzle in the region’s world of entrepreneurship. World class research universities, grand financing, government-backed research programmes and talent are a few.

The good news? We are now starting to see the missing components.