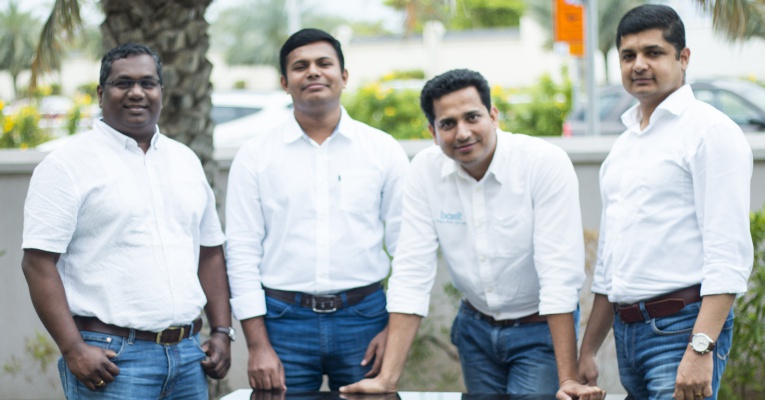 Boxit, the self-storage startup from Kuwait has secured $600,000 in seed funding, it has revealed to Inc. Arabia.

“We chose to invest in Boxit because it tackles a problem that is increasingly becoming evident among a youth population that is becoming increasingly urbanized and are moving away from houses into apartments,” said Wamda Capital partner Fares Ghandour. “Their model is optimized for that cohort.”

Launched in 2015, Boxit’s web and app-based service allows users to order a blue storage box, schedule a pick up time, and then have it reshipped to a safe storage facility.

The Boxit team say they will be spending the investment on hiring more people, marketing, and launching new boxes that can store larger items.

“So far, we haven’t engaged in marketing activities and most of the business we received has come from word of mouth.”

Interestingly, Sheikh Hamad Jaber Al Ahamad Al Jaber Al Sabah, who usually invests only in traditional business, chose to invest in a startup for a change.

“We liked the team and their drive to achieve their goals,” said Arzan VC partner Hassan Zainal. “In addition, they understand their target customer and have a clear execution plan.”

To grow and expand

With its team of eight people, Boxit co-founder Premlal Pullisserry said that the startup had been growing 25% to 30% each month.

“Our latest batch of boxes has just arrived and we hope to send it to our customers soon,”Pullisserry said. “Our next steps involve launching our services in all the major cities of the UAE.” he added.

Later this year, there are plan to expand to Saudi Arabia but team does not have a set timeframe or structure up for it yet.

The team has signed with Aramex for warehousing and transportation in the UAE, who they were dealing with the in Kuwait as well.

“We had a small storage house before [in Kuwait],” Pullisserry said. “Once we started getting more customers, we moved to a mid-sized warehouse company in Kuwait then we pitched to Aramex and Fedex; Aramex agreed to partner immediately.”

Boxit has won several prizes previously, including the Kuwait edition of Startup MENA’s GCC Pitch Challenge 2015, Kuwait edition of the South Summit 2015, and it was the Grand Champion for Dubai Smart City App Hack 2015 and first runner up at Seedstars World’s Dubai 2015 round.

Their previous investment was a seed round of $100,000 in 2014, led by angel investor Sabah al Bader along with Abed Shaheen, CEO of information management solutions InfoFort, and Nader Museitif, head of business development at Uber Middle East.